Russiagate Turns On Its Originators 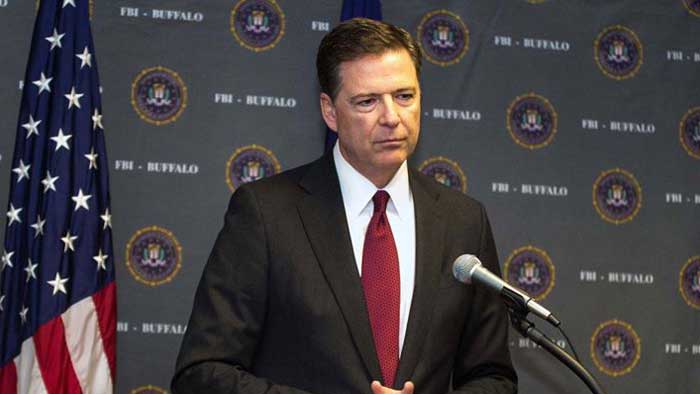 The orchestration “Russiagate” proves that the CIA, the NSA, and the FBI are so corrupt and unaccountable that they comprise the greatest threat to the American people in the entire history of America.

Russiagate originated in a conspiracy between the military/security complex, the Clinton-controlled Democratic National Committee, and the liberal/progressive/left. The goal of the military/security complex is to protect its outsized budget and power by preventing President Trump from normalizing relations with Russia. Hillary and the DNC want to explain away their election loss by blaming a Trump/Putin conspiracy to steal the election. The liberal/progressive/left want Trump driven from office.

As the presstitutes are aligned with the military/security complex, Hillary and the DNC, and the liberal/progressive/left, the Russiagate orchestration is a powerful conspiracy against the president of the United States and the “deplorables” who elected him. Nevertheless, the Russiagate Conspiracy has fallen apart and has now been turned against its originators.

Despite the determination of the CIA and FBI to get Trump, these powerful and unaccountable police state agencies have been unable to present any evidence of the Trump/Putin conspiracy against Hillary. As William Binney, the former high level National Security Agency official who devised the spy program has stated, if there was any evidence of a Trump/Putin conspiracy to steal the US presidential election, the NSA would most certainly have it.

So where is the evidence? Why after one year and a half and a special prosecutor whose assignment is to get Trump has no evidence whatsoever been found of the Trump/Putin conspiracy? The obvious answer is that no such conspiracy ever existed. The only conspiracy is the one against Trump.

This has now become completely apparent. Russiagate originated in a fake “Trump dossier” invented by Christopher Steele, a former British MI6 intelligence officer. It is not yet clear whether it was the DNC, the CIA, or the FBI who paid Steele for the fake dossier. Perhaps he sold it to all three.

What we do know is that the FBI used what it knew to be a fake dossier to go to the FISA court for a warrant to spy on Trump.

As a consequence both Comey and the FBI, special prosecutor Mueller, and Christopher Steele are in hot water. The Chairman of the US Senate Judiciary Committee, Senator Grassley, has instructed the US Attorney General to launch a criminal investigation of Steele for false statements to FBI counterintelligence officials.

You can see where this leads as former FBI director Comey is a participant in the Russiagate attack on President Trump. To protect himself Steele will have to rat on who put him up to it. If President Trump had any sense, he would put Steele under protective custody, as his life is clearly in danger. If the CIA and the FBI don’t get him, the Clintons surely will.

Consequently, all of a sudden in Washington facts count. Not all facts, just those relating to the Steele dossier. Be sure you listen closely and carefully to these two videos of US Representative Jim Jordan’s destruction of US Deputy Attorney General Rosenstein for sitting on his ass while a totally corrupt FBI attempted to destroy the elected president of the United States. Keep in mind that Rosenstein is a member of the Trump administration. Why does the President of the United States employ people out to destroy him?

Here is the video:

Here are 18 questions asked by US Rep. Jim Jordan:

1) Did the FBI pay Christopher Steele, author of the dossier?

2) Was the dossier the basis for securing FISA warrants to spy on Americans? And why won’t the FBI show Congress the FISA application?

3) When did the FBI get the complete dossier and who gave it to them? Dossier author Christopher Steele? Fusion GPS? Clinton campaign/DNC? Sen. McCain’s staffer?

4) Did the FBI validate and corroborate the dossier?

5) Did Peter Strzok, Lisa Page, or Bruce Orr work on the FISA application?

6) Why and how often did DOJ lawyer Bruce Orr meet with dossier author Christopher Steele during the 2016 campaign?

7) Why did DOJ lawyer Bruce Orr meet with Fusion GPS founder Glenn Simpson after the election? To get their story straight after their candidate Clinton lost? Or to double down and plan how they were going to go after President-elect Trump?

8) When and how did the FBI learn that DOJ lawyer Bruce Orr’s wife, Nellie Orr, worked for Fusion GPS? And what exactly was Nellie Orr’s role in putting together the dossier?

9) Why did the FBI release text messages between Peter Strzok and Lisa Page? Normally, ongoing investigation is reason not to make such information public.

10) And why did FBI release only 375/10,000+ texts? Were they the best? Worst? Or part of a broader strategy to focus attention away from something else? And when can Americans see the other 96% of texts?

12) Why did the intelligence community wait two months after the election to brief President-elect Trump on the dossier (January 6, 2017)? Why was James Comey selected to do the briefing?

14) The New York Times reported last week that George Popadopoulos’ loose lips were a catalyst for launching the Russia investigation. Was President-elect Trump briefed on this?

15) Why did Fusion GPS founder Glenn Simpson meet with Russian lawyer Natalia Veselnitskaya before and after her meeting with Donald Trump Jr.?

16) Why was FBI General Counsel Jim Baker reassigned two weeks ago? Was he the source for the first story on the dossier by David Corn on October 31, 2016? Or was it someone else at the FBI?

17) Why won’t the FBI give Congress the documents it’s requesting?

18) And why would Senator Schumer, leader of the Democrat party, publicly warn President-elect Trump on Jan. 3, 2017 that when you mess with the “intelligence community, they have six ways from Sunday at getting back at you?”

Insouciant trusting gullible Americans who “believe in our government” have no comprehension how totally corrupt “their” government is. It is the most corrupt in the world. The corruption in Washington is really unbelievable. You have to experience it to know it, and those who experience it are part of it and will not tell.

The orchestration “Russiagate” proves that the CIA, the NSA, and the FBI are so corrupt and unaccountable that they comprise the greatest threat to the American people in the entire history of America. The only solution is to break these agencies into a thousand splinters, as President John F. Kennedy intended, and rebuild them from scratch with total transparency. No more protecting their vast crimes under the cloak of “national security.” No classification of any so-called intelligence unless it can pass a unanamous vote of Congress and the ACLU.

The orchestration of Russiagate is proof that the alleged “national security agencies” are an anti-American force detrimental to our survival as a free people. The criminals in the FBI, CIA, and DNC must be investigated, indicted, prosecuted, convicted and imprisoned or freedom in America is forever dead.

If President Trump fails in this task, he will have failed America. Everyone of us will be the victims.

One question with which we are left is why has the mainstream media failed in its investigating and reporting responsibilities and instead served as a cheerleader for the orchestration known as Russiagate? The New York Times, Washington Post, NPR, CNN, and the rest are serving as public relations agents for Russiagate, leaving it to Rep. Jim Jordan to ask the questions that the media should be asking. What explains the convergence of media and FBI/CIA interests? Are hidden subsidies involved? As the mainstream media is behaving as it would be if it were owned and controlled by the security agencies, this is a natural question. Why is the media not disturbed by its close relationship to the FBI and CIA? When did it become the function of the media to help the CIA and FBI control explanations?

This article was originally published at PaulCraigRoberts.org on January 8, 2018.