‘Say the Word’: What the Rohingya Struggle is Really About 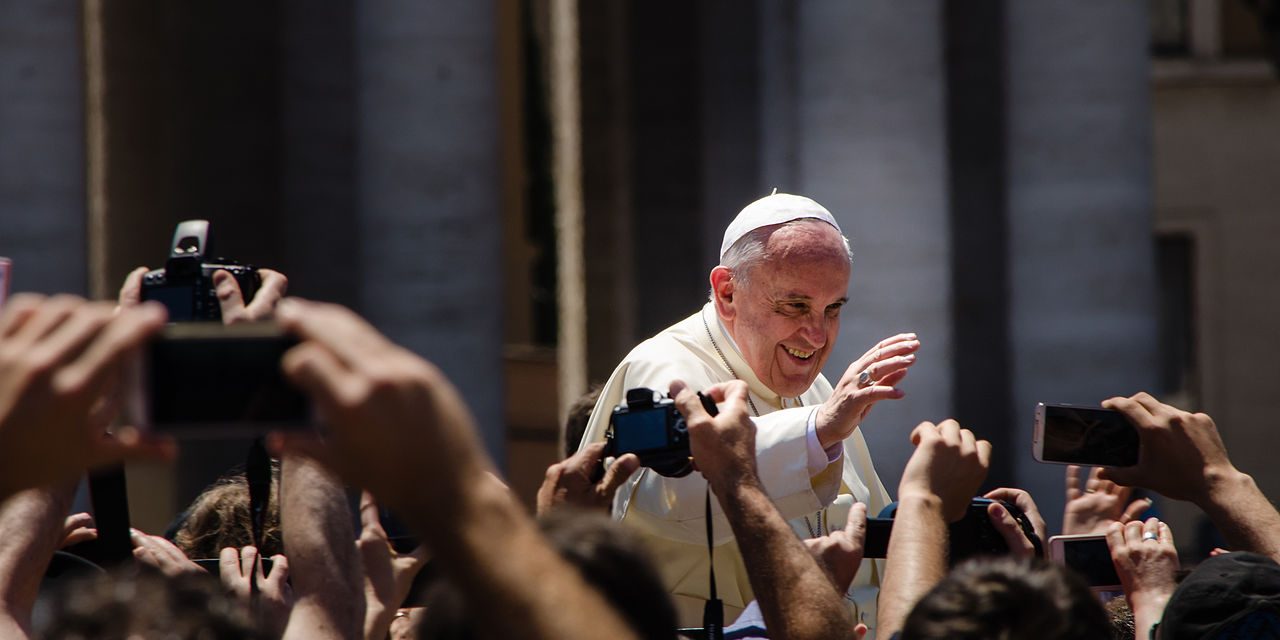 By refusing to speak out against the Myanmar government’s ongoing ethnic cleansing of the Rohingya people, Pope Francis has darkly stained his legacy.

Pope Francis lost a historical opportunity to truly set his legacy apart from previous popes. Alas, for him, too, political expediency trumped all else. In his visit to Burma (Myanmar) on November 27, he refrained from using the word ‘Rohingya.’

But what’s in a name?

In our frenzied attempts at understanding and articulating the plight of the Rohingya Muslim minority in Burma, we often, perhaps inadvertently, ignore the heart of the matter: The struggle of the Rohingya is, essentially a fight for identity.

Burma’s Buddhist majority and its representatives, including the powerful military and the country’s de-facto leader, Aung San Suu Kyi, understand this well. They use a strictly-guarded discourse in which the Rohingya are never recognized as a unique group with pressing political aspirations.

Thus, they refer to the Rohingya as ‘Bengali’, claiming that the Muslim minority are immigrants from Bangladesh who entered the country illegally. Nothing could be further from the truth.

But historical accuracy, at least for the Buddhist majority, is beside the point. By stripping the Rohingya from any name affiliation that makes them a unique collective, it becomes possible, then, to deny them their rights, to dehumanize them and, eventually, ethnically cleanse them as has been the case for years.

Since August, over 650,000 members of the Rohingya community have been driven out of their homeland in Burma by a joint and systematic operation involving the military, the police and various Buddhist nationalist groups. They call it “Clearance Operations.”

Thousands of Rohingya have been killed in this grave act of genocide, some in most abhorrent and inhumane ways imaginable.

The United Nations Human Rights Council Commissioner Zeid Ra’ad Al Hussein has recently referred to the purges in Burma as a “textbook example” of ethnic cleansing. There can be no other interpretation of this horrendous campaign of government-led violence.

But as thousands were pushed into the jungles or the open sea, the silence was deafening.

Only recently, US Secretary of State, Rex Tillerson, who visited Burma last November decided to label the massive human rights violations against the Rohingya as ‘ethnic cleansing.’

Although his statement labeled the government-centered genocide as “abuses by some among the Burmese military,” it was still a clear departure from past failure to even address the issue altogether.

Still, it was a major disappointment that the Pope abstained from mentioning the Rohingya by name while in Burma. He only stated their name when he crossed the border to Dhaka. In Bangladesh, using the word ‘Rohingya’ seemed like a safe political strategy.

It is understood that refraining from using the word ‘Rohingya’ while in Burma was done as a “concession to the country’s Catholics”, reported the Washington Post. The logic goes: by challenging the popular narrative that cast the Rohingya as foreigners, the Pope would have ignited the ire of the Buddhists against the country’s Christian minority, itself persecuted, at least in two Burmese states.

If the Rohingya are to be named, it means that the core of the issue would have better chances of being directly addressed. The moment they retain their collective identity is the moment that the Rohingya become a political entity, subject to the rights and freedoms of any minority, anywhere.

The Pope, as bold as he has been regarding other issues, has the moral authority to challenge the permeating—yet disconcerting—narrative in Burma that has dehumanized the Rohingya for generations. In 1982, the embattled minority group was denied the status of a minority group and was stripped form its citizenship, paving the way for eventual ethnic cleansing.

Alas, in the end, the Pope joined the regional and international powers that insist on understanding the Rohingya crisis outside the realm of political solutions, pertaining to political rights and identity.

Indeed, he is not alone. ASEAN leaders meeting in Manila, Philippines mid-November made no mention of the Rohingya by name. Worse, in their 26-page final document, they mentioned the crisis in the Northern Rakhine State—the epicenter of the Rohingya genocide—in passing:

“We … extend appreciation for the prompt response in the delivery of relief items for Northern Vietnam flash floods and landslides … as well as the affected communities in Northern Rakhine State.”

That is how the Southeast Asian leaders respond to one of the worse political and humanitarian disasters in Southeast Asia in recent decades. Pitiful.

Standing proudly in the final photo with the rest of the leaders was Aung San Suu Kyi, who was promoted by western media for many years as a ‘democracy icon’. The ‘Lady of Burma’ who challenged the military junta and spent years under house arrest for her defiance has, in recent years, found a convenient political formula that allows her to share power with the military.

A political opportunist at best, Aung San Suu Kyi, too, does not call the Rohingya by their name. Worse, her government has played a major role in dehumanizing the Rohingya and, at times, blamed them for their own suffering.

Last September, in a last-ditch effort at salvaging her tattered reputation, she gave a 30-minute televised speech in which she explained her position using a most confused logic.

The best she came up with was, “We are a young and fragile country facing many problems … We cannot just concentrate on the few.” The “few”, of course, being the Rohingya.

When the Pope arrived in Bangladesh, a man by the name of Mohammed Ayub was awaiting him as part of a small delegation of Rohingya refugees.

Mohammed’s 3-year-old son was killed by the Burmese military. The father’s message to the Pope was not seeking humanitarian relief for despairing refugees, or even justice for his own child, but something else entirely.

“He should say the word as we are, Rohingya,” Mohammed told the Catholic Crux Now. “We have been Rohingya for generations, my father and my grandfather.”

In Dhaka, the Pope attempted to reclaim that missed opportunity.

“The presence of God today is also called Rohingya,” he said.

This article was originally published at RamzyBaroud.net on December 6, 2017.