Is the Nobel Committee Finally Abiding by Nobel’s Will? 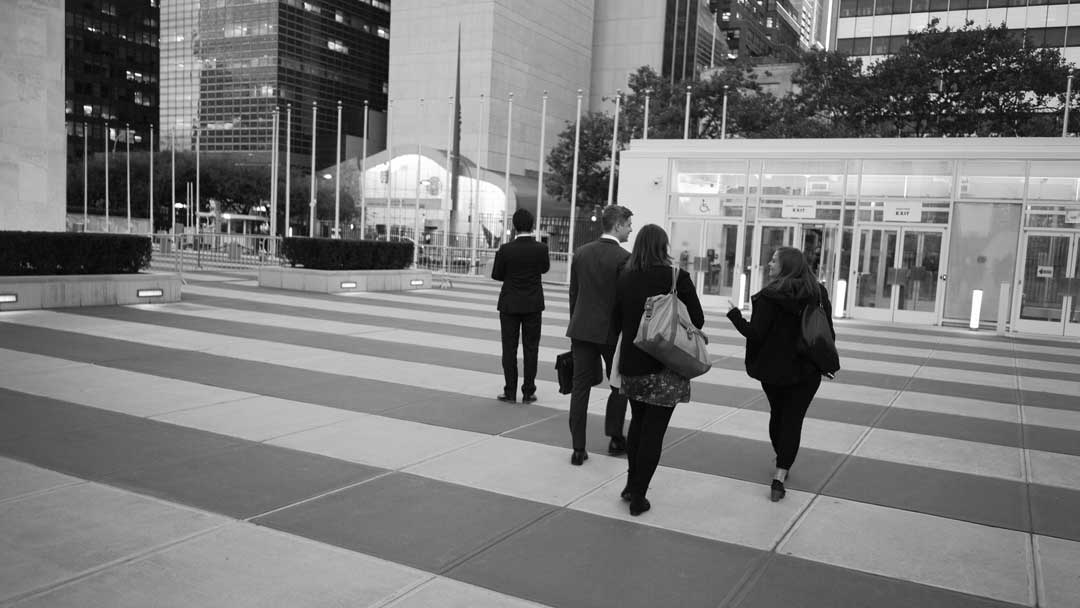 The Nobel Prize Committee finally seem to be honoring its intended purpose by awarding it to the International Campaign to Abolish Nuclear Weapons (ICAN).

The Nobel Peace Prize was awarded Friday to the International Campaign for the Abolition of Nuclear Weapons (ICAN) — listen to my radio show with one of ICAN’s leaders two years ago here.

It’s conceivable that some Americans will now learn, because of this award, about the new treaty that bans the possession of nuclear weapons.

This treaty has been years in the works. This past summer 122 nations agreed on the language of it, including these words:

Each State Party undertakes never under any circumstances to:

(c) Receive the transfer of or control over nuclear weapons or other nuclear explosive devices directly or indirectly;

(d) Use or threaten to use nuclear weapons or other nuclear explosive devices;

(e) Assist, encourage or induce, in any way, anyone to engage in any activity prohibited to a State Party under this Treaty;

(f) Seek or receive any assistance, in any way, from anyone to engage in any activity prohibited to a State Party under this Treaty;

(g) Allow any stationing, installation or deployment of any nuclear weapons or other nuclear explosive devices in its territory or at any place under its jurisdiction or control.

Not bad, right? This treaty is something of a rebuke to the nuclear-armed nations, chiefly the United States and Russia, that are in violation of existing law, which requires them to work toward disarmament. This new law will require every nation to not possess nuclear weapons at all. It’s also a corrective to the additional current violation, unique to the United States, of placing nuclear weapons that supposedly belong to it in other nations, namely the Netherlands, Belgium, Germany, Italy, and Turkey, all of which possess U.S. nuclear weapons.

Already in the past week, since the new treaty opened for signatures, 53 nations have signed and 3 ratified. Once 50 have ratified, the nuke ban becomes law, and its violators become outlaws. You can urge the U.S. government to sign on, join the world, support the rule of law, and promote human survival here.

The New York Times is already suggesting that the Nobel Committee’s choice of awardee is somehow related to the lawlessness of North Korea. It’s worth noting, however, that the only nuclear-armed nation in the world (there are nine of them, not counting those with “U.S.” weapons) that voted last October to create the new treaty was North Korea. Of course, North Korea, in the Trump era, has not signed or ratified and is unlikely to do so. But I’d bet heavily that North Korea would do so if just one particular other nation agreed to do so as well.

Behind this award is years of work by ordinary people struggling for the survival of life on earth. And behind their receiving of the award may be another struggle that very few have heard about. I refer to the campaign led by Fredrik Heffermehl to persuade the Nobel Committee to abide by the legal mandate of Alfred Nobel’s will, the document that created the prize. The press release announcing this year’s prize contains this key paragraph:

The decision to award the Nobel Peace Prize for 2017 to the International Campaign to Abolish Nuclear Weapons has a solid grounding in Alfred Nobel’s will. The will specifies three different criteria for awarding the Peace Prize: the promotion of fraternity between nations, the advancement of disarmament and arms control and the holding and promotion of peace congresses. ICAN works vigorously to achieve nuclear disarmament. ICAN and a majority of UN member states have contributed to fraternity between nations by supporting the Humanitarian Pledge. And through its inspiring and innovative support for the UN negotiations on a treaty banning nuclear weapons, ICAN has played a major part in bringing about what in our day and age is equivalent to an international peace congress.

This is exactly right, and very new. It is also exactly what legal suits and public lobbying have pressured the committee to do.

The fact is that we need a new prize, separate from the peace prize, for “general good stuff.” When someone proposes that Colin Kaepernick get the Nobel Peace Prize for protesting racism, it ought to be possible to name a prize that he should get, rather than getting oneself labeled a racist for pointing out that Kaepernick has done nothing to qualify himself for the peace prize. Or when Malala Yousafzai actually receives the prize for promoting education, or Al Gore for opposing climate destruction, we ought to be able to say “No, no. Those are wonderful things. Give those people the General Nice Stuff Prize. The peace prize is legally mandated to go to those working for peace and disarmament.”

Now, the prize was meant for individuals, not organizations, but even Heffermehl doesn’t demand adherence to that detail. In fact, for what I believe may be the first time, the prize has now gone to a nominee that Heffermehl recommended as among those suitable by the criteria in the will. Is this part of a trend? That’s not as clear. Recent winners have included a militarist president of Columbia for negotiating a peace treaty (but with his partners in that treaty left out), a group that organized a nonviolent revolution in Tunisia, the second-biggest warmakers and weapons dealers on earth in the form of the European Union, a U.S. President who bombed 8 countries and developed drone warfare to the point that the UN declared war, rather than peace, to have become the norm, and other quite dubious awardees — but also an organization seeking to eliminate chemical weapons, a diplomatic-minded former president of Finland, etc.

The purpose of the will, not included in the three criteria, but made clear by Nobel, was to provide funding for work on the three criteria. Thus giving prize money to the EU, which could have had ten times the money simply by buying a bit less weaponry, or giving it to famous, wealthy presidents and politicians, seems off. But giving it to ICAN seems, finally, to have caught on to what the purpose of the Nobel Peace Prize was supposed to be. Three cheers for somebody doing something right in this world!

This article was originally published at DavidSwanson.org on October 6, 2017.