Pull Down That Statue of the U.S. Constitution 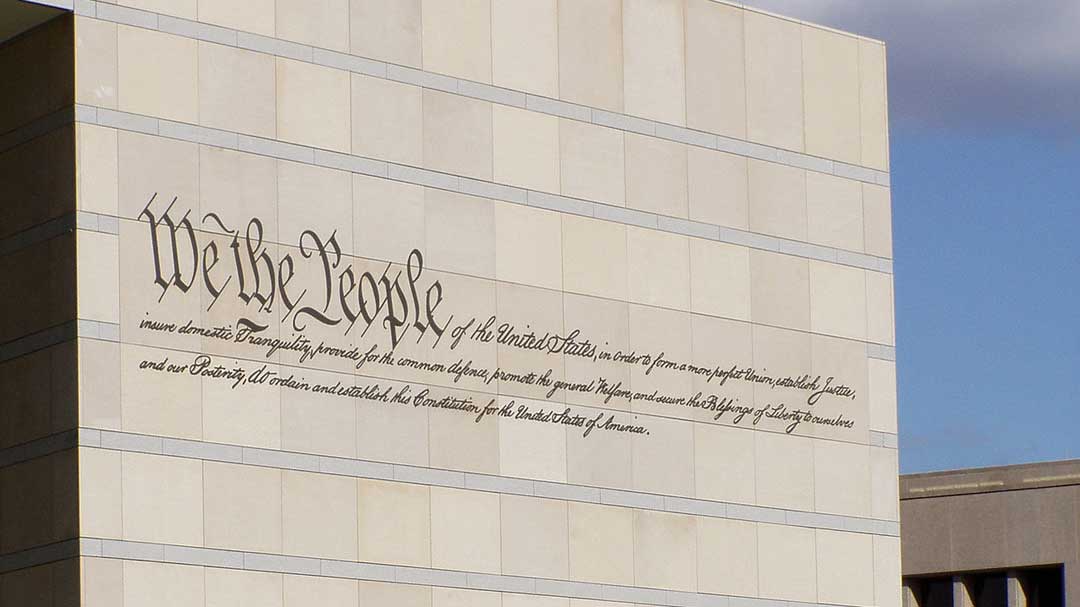 The book 'Fault Lines in the Constitution' by Cynthia Levison and Sanford Levison is myopic in its scope, but should still be studied in every school.

Nobody, not racist warmakers, not imaginary non-racist warmakers, not founding fathers, not radical protesters should be made into a deity, larger than life, in marble or bronze, on horseback or otherwise. Nobody is that flawless, and nobody’s story so withstands the test of time. We need human-sized statues and memorials of whole movements.

The U.S. Constitution, along with the Declaration of Independence, has a whole marble building dedicated to its worship: the National Archives in D.C., plus the Constitution Center in Philadelphia. It’s generally taught in U.S. schools as something in the past, not something to be improved upon — hardly even to be questioned.

A new book, which should be taught in every school, takes a different approach. Fault Lines in the Constitution: The Framers, Their Fights, and the Flaws That Affect Us Today by Cynthia Levinson and Sanford Levinson gives the Constitution its due, praises its merits, and questions what might have been done better from the start and what could be done better now, these many years later. The Constitution has hardly been tweaked. It’s one of the oldest, least amended, and most difficult to amend. Areas where it broke ground have been widely duplicated. Areas where other countries and U.S. states have found successful innovations have generally not made it into the U.S. Constitution.

Fault Lines examines issues like legislative gridlock (the difficulty of creating new laws), the unequal power given to the residents of small states, the presidential veto power, the supermajority required in the Senate before anything can be voted on, gerrymandering, the lack of representation for Washington, D.C., or other U.S. colonies in the Caribbean and Pacific, the absence of direct democracy (governance by public initiative), voter ID laws, poll hours, voter registration restrictions, age and birth and residency requirements to run for Congress or President, the electoral college, and the amendment process.

For each of these issues, the authors examine what the Constitution says, how it came to say that, what the results have been, what other Constitutions say, and what changes might be considered. The content is all very straightforward and factual. The authors lean so far toward acceptable unquestioned rational objectivity as to glorify John McCain’s role in the mass-murder of nearly four million people in Vietnam and to warn of dangers from “our enemies.” Yet the best blurb they could get on the back cover has Dan Rather calling the book “opinionated, maybe controversial.” Presumably, the non-opinionated threshold can only be crossed by total brain death.

How do you write a book about a government almost completely corrupted by money and not mention the money? Of course, the Constitution did not sanction bribery, but it is treated as though it did, and that standard was sufficient for including all kinds of topics in the book. Also not making an appearance: public financing of elections, democratization of media, free air time for candidates, open debates, open ballot access, verifiable vote counting, the restriction of human rights to humans rather than corporations, or the addition of rights for non human creatures and ecosystems.

Also, this whole book treats states of emergency as theoretical, as if the U.S. government had not made such a state permanent.

This article was originally published at DavidSwanson.org on September 17, 2017.

Tags: Books, US Constitution, US History, US Politics