Three Years after the War: Gaza Youth Speak Out 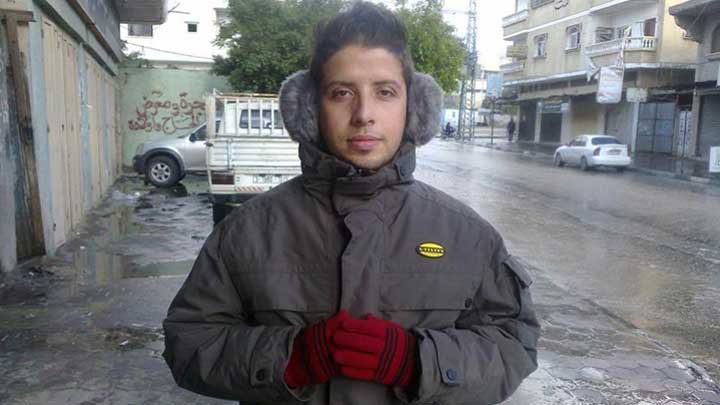 Israel's policies toward the Gaza Strip have left an entire generation knowing nothing but war and siege.

“At bedtime, I am afraid to turn the lights off. I am not a coward, it is just that I worry that this bulb hanging from the ceiling is the last light that remains (shining) in my life.”

Soon after he penned these words, Moath Alhaj, a young artist from a Gaza refugee camp, passed away in his sleep. After disappearing for two days, Moath’s friends broke down the door of his house, and found him huddled with his blanket in a place in which he lived alone for 11 years. 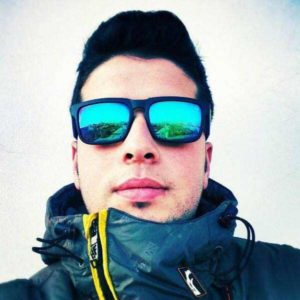 Moath lived in the Nuseirat Refugee Camp, one of Gaza’s most crowded camps, a name which is associated with historic hardship, war, and legendary resistance. Raised in the United Arab Emirates, Moath returned to Gaza to join the Islamic University, but remained there, experiencing three wars and a decade-long blockade.

Somehow, the young man maintained a semblance of hope as expressed in his many drawings and emotive commentary.

Moath learned to live in his own world ever since he was young. The outside world to him seemed unpredictable and, at times, cruel.

When his mother passed away, Moath was only one year old. He father died of cancer in the UAE and, due to circumstances beyond his control, Moath lived alone. Keeping him company were his friends in the neighborhood, but mostly it was his self-effacing yet profound artistic expressions.

“Smile, may the war feel shame,” was one of his cartoons. In it, a little girl with a flowery dress turns her back at the reader, looking the other way.

Moath’s art characters always had their eyes closed, as if they refuse to see the world around them, and insist on imagining a better world inside their own thoughts.

After his body was thoroughly examined, doctors concluded that Moath died as a result of a stroke. His heart, heavy with untold personal and collective miseries, had just given in. And just like that, one of Gaza’s finest young men was buried in an ever-crowded graveyard. Social media buzzed with statements of condolences, made mostly by young Palestinians from Gaza, devastated to hear that Moath has died, that his last light had been extinguished, and that the young man’s life had ended while the siege and state of war remain.

In that same week, Palestinians commemorated the three-year anniversary of the end of Israel’s devastating war against the Strip. The war had killed over 2,200 Palestinians, the vast majority amongst them civilians, and 71 Israelis, the majority of them soldiers.

The war left Gaza in ruins, as over 17,000 homes were completely destroyed, and thousands of other structures, including hospitals, schools and factories destroyed or severely damaged.

The war fully shattered whatever semblance of economy the Strip had had. Today, 80 percent of all Palestinians in Gaza live below the poverty line, the majority of whom are dependent on humanitarian aid.

There is a whole generation of Palestinians in Gaza that grew up knowing nothing but war and siege, and have never seen the world beyond Gaza’s deadly borders.

These are the voices of some of these young Gazans, who kindly shared their tragic personal stories, hoping that the world would heed their calls for freedom and for justice. 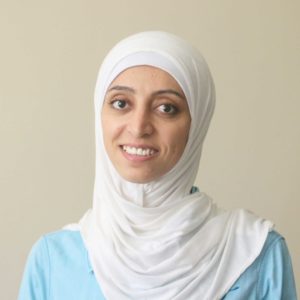 “After our house had been partially damaged during the 2014 Israeli war, it took my family about a year and a half to rebuild it, due to the delay in construction material being allowed into the Gaza Strip and because of the prohibitive prices of such material, when it is available. I lost my Master’s degree scholarship back in 2014 due to the closure and due to my family’s difficult financial situation after the war.

“I have spent the last three years applying for scholarships, only to learn that many universities in Europe know nothing, or very little, about the Israeli siege on Gaza and the continuous closure of the borders. I attained another scholarship, only to lose it again, since I hadn’t enough time to complete my travel procedures and negotiate an exit from Gaza.

“Yes, I want a better life, but I also love Gaza. Yet, the situation is becoming more difficult with each passing day. It is hard to find a stable job and, even if one gets an opportunity elsewhere, it is nearly impossible to get out.”

Ghada, 23, studied English literature, and currently works as a translator:

“Day by day, the situation in Gaza becomes more complicated and even worse than before. Since the last war to this day, nothing seems to get better. Nothing at all.

“During my work at the Palestinian Trade Center (Pal-Trade) which focuses on Palestinian economy, every day I see people struggling in all economic sectors. The electricity crisis is destroying businesses everywhere. The agriculture sector is in ruins as farmers cannot export their products, and cannot even access the Palestinian market in the West Bank. 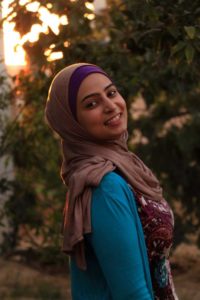 “Despite substantial donor pledges to support reconstruction following the 2014 conflict, the situation for Palestinians living in Gaza has never been worse. Moreover, people in Gaza are facing a dire shortage of drinkable water and adequate and an equitable sanitation system. Even the sea has become polluted because of the sewage that is dumped daily. There is little hope on the horizon for better conditions.”

Banias Harb is a teacher:

“The unprecedented closure and blockade imposed upon Gaza has created a feeling of helplessness. The most frustrating problem that youth have been suffering from is the closure of Rafah crossing border. Gaza youth constitute about a third of the Palestinian population, yet less than 10 percent of all youth have been able to see what’s beyond Gaza. We feel abandoned. Alone.”

Kholod Zughbor has a degree in English Literature from Alazhar University in Gaza:

“The siege on Gaza has been in place since 2006. The situation has been terrible here, even before the wars started. Unemployment among Gaza’s youth is estimated at 60 percent.

“I have witnessed three wars. I saw life gradually worsen, especially after the last war. Three years after the 2014 war, the situation is getting harder and more miserable. The Gaza Strip is still far from full recovery, and what has been built is only a drop in the ocean of destruction.”

Sondos has a bachelor’s degree in English Literature. She is a social worker:

“As a social worker, I have visited over three hundred and fifty families who are impacted by the war and its aftermath. They are burdened by deep psychological scars and are constantly overshadowed by the feeling of an impending catastrophe. In every house that I have visited, there is a heartbreaking story of poverty, unemployment, fear of the future, fear of another Israeli war. 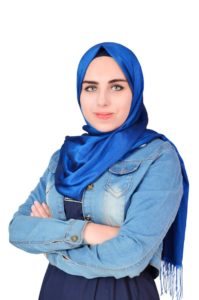 “Without outside pressure on Israel, Gazans will continue to relive this nightmare in their open-air prison. They can neither reconstruct their demolished homes, import their basic needs nor have access to electricity and clean water on a regular basis.

“But Gaza will continue to hang on to life and will not fall into despair. Our youth will continue to pursue higher education and will labor to achieve their goals, no matter the odds. They will continue to use their imagination to overcome all hurdles, as we have done for many years. Courage and determination are our most prized qualities.”

Yousef Aljamal, a writer and PhD student from Gaza, contributed to this article.