Armageddon Is Two and One-half Minutes Away

The United States and the rest of the world with it along with all life on earth are being sent to their graves by the total failure of American leadership.

Are you ready to die?

You and I are going to die, and not from old age but because our fellow Americans are so stupid, ignorant, and brainwashed that the dumbshits believe all of the lies that are leading us to our certain destruction. This is what the Atomic Scientists tell us.

And they are right. 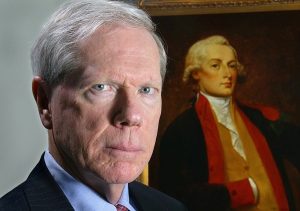 What explains the total lack of concern for their own lives on the part of the populations in South Carolina and Arizona who keep sending to the Senate two morons determined to provoke war between the US and Russia?

It should send shivers up your spine that you can ask this same question about all 50 states, and almost all congressional districts.

You can ask the same question about the bordello known as “the American media.” There will be no one alive to post or to read the headlines of the war that they are helping to promote.

The United States and the rest of the world with it along with all life on earth are being sent to their graves by the total failure of American leadership.

What is wrong with Americans that they cannot understand that any “leader” who provokes war with a major nuclear power should be instantly institutionalized as totally insane?

Why do the dumbshit Americans sit night after night in front of the TV absorbing lies that commit them beyond all doubt to their deaths?

America has failed itself and the world.