Journalism is still failing to break the old paradigm that focuses on the governments and business elites rather than the people.

The typical newsroom set-up, where journalists chase after news headlines dictated by some centralized news gathering agency—often based in some western capital—does not suffice any more. 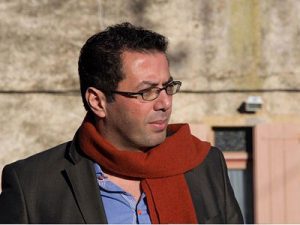 In the case of the Middle East, the news narrative has been defined by others and dictated on Arab journalists and audiences for far too long.

This hardly worked in the past but, in the last a few years, it has become even more irrelevant and dangerous.

There are millions of victims throughout the Middle East region, numerous bereaved families, constant streams of refugees and a human toll that cannot be understood or expressed through typical media narration: a gripping headline, couple of quotes and a paragraph or two by way of providing context.

The price is too high for this kind of lazy journalism. There is too much at stake for journalism not to be fundamentally redefined by those who are experiencing war, understand the pulse of the region, fathom the culture and speak the language of the people.

The Arab people have, indeed, spoken and, for years, their words were filled with anger and hope. The haunting cries of Syrians and other Arab nations will forever define the memories of this generation and the next.

But how much is our journalism today a reflection of this reality? This harrowing, blood-soaked reality?

American author and journalist, Ernest Hemingway, once wrote, “There is nothing to writing. All you do is sit down at a typewriter and bleed.”

But modern journalism—at least, the way it is communicated in the Middle East at the moment—hardly bleeds. Under the guise of false objectivity, it remains detached, removed from its immediate reality and is rarely expressive of the seriousness of this difficult transition of our history.

As for the people, if we do not neglect them altogether, then we turn their misery into fodder in our political feuds.

Equally inexcusable, we pay little attention to history as if the most significant component of our story is the least relevant one.

It is no secret that orientalist history still defines the way that history is written in the Middle East and about the Middle East. We should reject that, not only as a matter of principle, but also because it is both impractical and false.

This orientalist depiction has afflicted journalism, as well. Why do we allow others to define who we are when we are in the most urgent need to define ourselves?

Writing on Palestine for nearly 25 years, I have experienced this strange and persistent dichotomy in both journalism and academia.

Palestine is reported as a recurring, seemingly never-ending ‘conflict’. Media coverage of the ‘Palestinian-Israeli conflict’ always adheres to the same rules, language and stereotypes.

An urgent issue that requires immediate resolution, least because of its regional and global impact, is relegated as if a redundant, uninteresting story.

Many people tend to have short-term memory when the rights of the Palestinians are in question. This feeds quite well into the Israeli narrative, which has aimed to displace Palestinian history altogether, and replace it with something entirely different, albeit a construct; a falsified history.

The latter is not my own conclusion, but a fact, reported in Israeli media itself.

Although files relating to the 1948 ethnic cleansing of Palestinians are still hidden in Israeli archives, one document, according to Israeli newspaper, ‘Haaretz’, has escaped the keen eye of the Israeli censor: file number GL-18/17028.

This file shows the process of how Israel’s first Prime Minister, David Ben Gurion, resorted to Zionist historians in the early 1950s to forge an alternative story as to how Palestinian refugees were expelled. He chose the most convincing one, and that became ‘history’.

This rewriting of history is ongoing and has tainted the present, as well.

How can journalists, then, unearth the seemingly complex truth, without understanding history—not the version conveniently fashioned by Israel, but the history of pain, suffering and the ongoing struggle of the Palestinians?

To report on Palestine and Israel, without fully fathoming the historical roots of the tragic story, is to merely be content with providing a superficial account of what ‘both sides’ are saying, which often favors the Israeli side and demonizes the Palestinians.

The Palestine scenario is now repeated everywhere. The narrative on Syria and other conflicts are guided by preconceived wisdom.

Journalism is still failing to break the stronghold of the old paradigm that relegates the people and focuses, instead, on the rulers, the politicians, the governments and the business elites.

This is the media version of what is known in academia as the ‘Great Man Theory’, a defunct discipline that is sadly used abundantly in the Arab press.

But without the people there is no history, there is no story to be written and change to be expected.

Arundhati Roy is quoted as saying, “There’s really no such thing as the ‘voiceless’. There are only the deliberately silenced, or the preferably unheard.”

The Palestinians and the Arab people already have a voice, and an articulate one. But that voice has been deliberately muted through a massive campaign of misinformation, distortion and misrepresentation.

When Israel and its allies say ‘Palestinians are not a people’, they essentially say that Palestinians have no identity, no legitimate demands, thus deserve no voice.

When the media silences the voice of the people, they relegate their rights, demands for freedom, change and democracy.

Our answer should not be speaking on behalf of the people, but to actually listen to them; truly listen to them and empower their voices so that they articulate their own aspirations and rightful demands, and express their own identity.

Journalism is not a technical profession, a skill to be honed without a heart, without compassion and a deep understanding of the past and the present.

True intellectuals cannot operate outside the realm of history and the Arab region is now undergoing its greatest historical flux in a century.

For journalists to be relevant, they must abandon their position of dictating the news in the same predictable pattern, and delve deeper into the story.

They need to understand that a narrative is lacking—if not at all irrelevant—if it does not begin and end with the people, whose story is not a soundbite, but rooted in a complex reality, in which history should be at center stage.

To be a journalist reporting on the Arab upheaval and not fully fathom the history of the region and the hopes and aspirations of the people, is no longer excusable.

When entire nations are bleeding, it then becomes necessary for journalists to heed Hemingway’s advice: “sit down at a typewriter and bleed.”