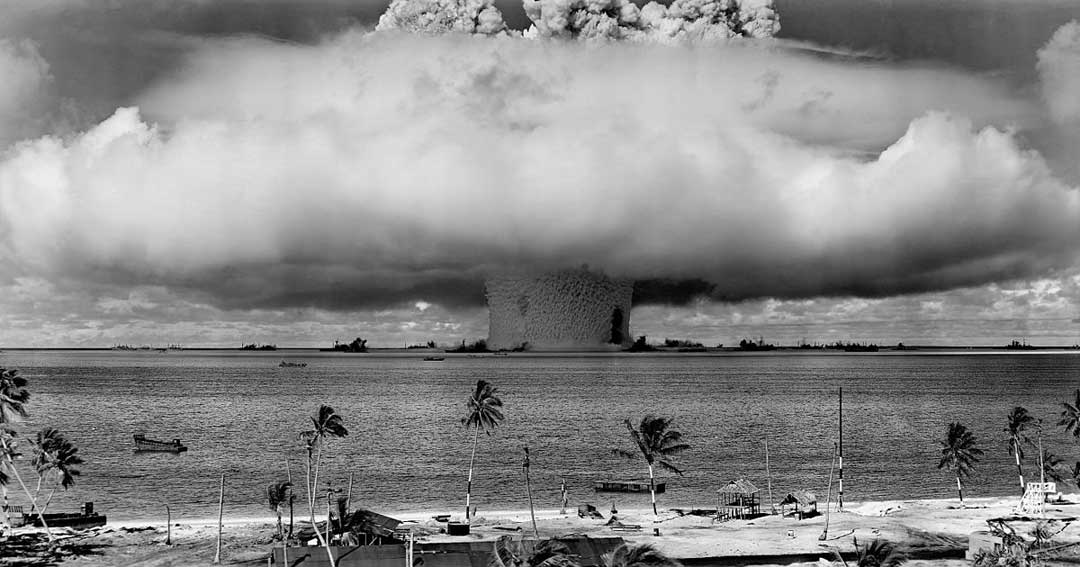 Yes, Washington is sufficiently criminally insane to risk the destruction of life on earth, but there's no sign of an anti-war movement.

Not everyone likes to hear about the threat of nuclear war. Some find refuge in denial and say that nuclear war is impossible because it makes no sense. Unfortunately, humankind has a long record of doing things that make no sense.

In previous posts in recent years I have pointed out both written documents and changes in US war doctrine that indicate that Washington is preparing a preemptive nuclear attack on Russia and China. More recently, I have shown that Washington’s demonization of Russia and President Putin, the incessant lies about Russian deeds and intentions, and the refusal of Washington to cooperate with Russia on any issue have convinced the Russian government that Washington is preparing the Western populations for an attack on Russia. It is obvious that China has come to the same conclusion.

It is extremely dangerous to all of mankind for Washington to convince two nuclear powers that Washington is preparing a preemptive nuclear strike against them. It is impossible to imagine a more reckless and irresponsible act. Yet this is precisely what Washington has done.

Lt. Gen. Viktor Poznikhir, Deputy Head of Operations of the Russian General Staff has concluded that Washington in pursuit of global hegemony is implementing an anti-ballistic missile system that Washington believes can prevent a Russian nuclear response to a US pre-emptive attack.

Careful studies have convinced the Russians that Washington is investing in and arranging components that have no other function than to devastate Russia and cripple the country’s retaliatory capability. In short, Washington is preparing to launch a nuclear war.

As I explained previously, the theory behind this insane scheme is that after America’s preemptive strike Russia will be so devastated that Russia would not retaliate with any remaining forces out of fear that Washington would launch a second major strike. Washington also plans to use agents in place to assassinate as many members as possible of the Russian government, thus leaving the government in confusion without leadership.

Yes, the insane American/Israeli neoconservatives are this determined to exercise hegemony over the world.

Yes, Washington is sufficiently criminally insane to risk the destruction of life on earth based on the supposition that Washington’s offense will work perfectly and Russia and China’s capabilities will be so degraded that no retaliatory response will occur.

But there is no sign of an anti-war movement.

The Western leftwing has degenerated into Identity Politics in which the only threat comes from white heterosexual males who are portrayed as misogynists, racists, and homophopes. The Western leftwing is no longer war-conscious. Indeed, the leftwing has become diverted into such silly irrelevancies as transgender rights to toilets of their choice. The impotence of the Western left is so overwhelming that the left might as well not exist.

Where then is the hope? Russia and China cannot simply sit there and await America’s preemptive nuclear strike.

The US military/security complex has clearly prevailed over Trump’s intention to normalize relations between the US and Russia, and anti-Russian venom continues to pour out of NATO and Washington’s European vassal states. The majority of the American people seem to have accepted the propaganda that Russia is the number one threat to the United States. With propaganda controlling the explanation, Washington’s aggressive actions are explained as defense against a threat and not as a policy that will end life on earth.

The chances are high that life on earth is approaching its end. The responsibility lies heavily on the American people, whose success, due to the mistakes of others, made Americans think that they are exceptional and privileged. Unaware of the inhumane threat to all life that is embodied in the neoconservative claim that Americans are exceptional and indispensable, the self-satisfied American public is unaware of the consequences of such hubris. Hubris is leading them, and the entire world, to slaughter in thermo-nuclear war.

The neoconservative claim of American exceptionalism is the identical claim made for Germans by Hitler. If Americans are indispensable, everyone else is dispensable and can be “bombed into the stone age” as one US government official put it, or nuked as Washington intends to do to Russia and China. The claim of American exceptionalism is not accepted by Russia and China. Therefore, the insane, crazed monsters who rule over the West in Washington are bringing life on earth to an end.

And there are no protests. The idiot British, the idiot Germans, the idiot French, Italians, Austrians, Canadians, Australians, Belgians, Greeks, Portuguese, Spanish, Japanese, rally behind the insanity that is Washington.

And so apparently do the American people, a population stupid beyond all belief.­