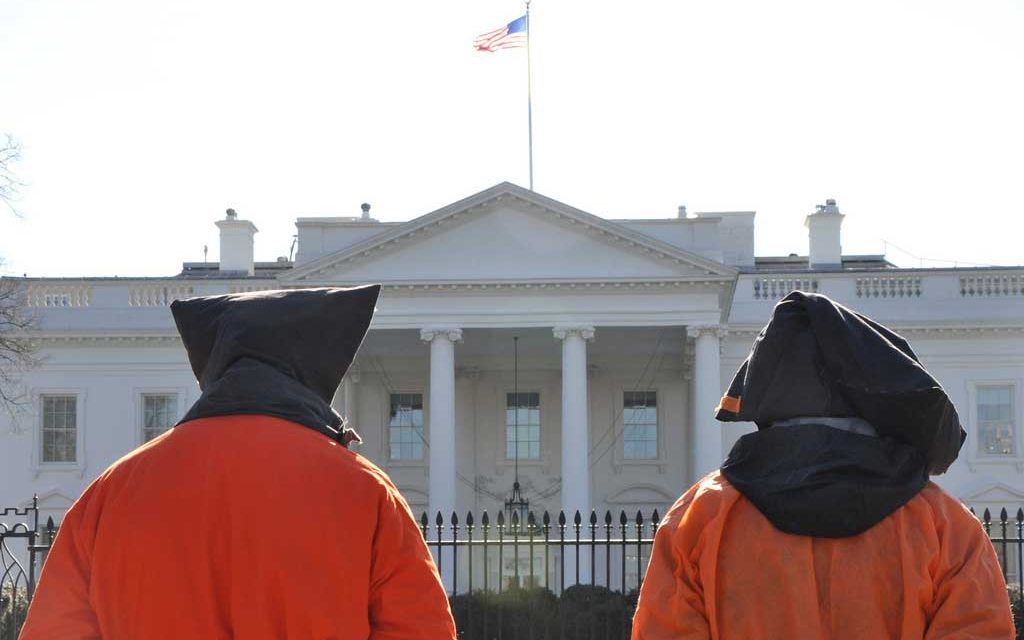 The deep state is running the torture centers, as presidents come and go.

Open Guantanamo to human rights inspectors. Open its files to the public. Subpoena the witnesses to its horrors. Open the courts to its prisoners and try them or set them free. Open the gates to the people of Cuba and give them their land back. And impeach U.S. presidents numbered 43 through 45.

Before, during, and after President Barack Obama’s announcements of closing Guantanamo, it constituted an illegal prison whose guards used and still use torture, human experimentation, murder, secrecy, and lies.

By official government accounts, Guantanamo’s prisons contain people desperate to attempt suicide, and so ingenious at accomplishing their goal that despite constant human and video surveillance, not to mention forced feeding, they are able to obtain forbidden materials, violate laws of physics, hang themselves by the neck with their hands tied behind their backs, and telepathically organize simultaneous multiple suicides by self-torture in their separate cells during moments when they aren’t in their cells but rather have been taken down the road to be “interrogated” by that great liberal force of enlightened anti-Trumpism, the CIA. 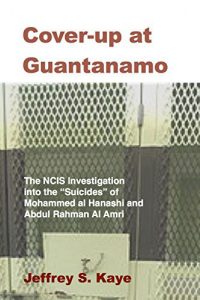 Jeffrey Kaye’s new book, Cover-up at Guantanamo, pieces together the available evidence on three particular alleged suicides at Guantanamo during Obama’s presidency. Most of the records have been kept secret. Evidence has apparently been destroyed. And fundamentally, most people just do not care. Since Kaye first reported that one alleged suicide victim had died with his hands tied behind his back, no other reporter has bothered to pick up that story. Since former Guantanamo guard Joseph Hickman reported on murders disguised as suicides, the Congressional investigations have piled up to a grand total of zero.

The United Nations has condemned the U.S. government for its use of torture. Luckily, the U.S. government is not a poor oil-rich country. No sanctions, prosecutions, bombings, or overthrows have followed the condemnation. Nor has the U.S. public apparently grasped the fact that the UN condemnation is part of a process following through on a treaty to which the U.S. is a party, a treaty banning torture, a treaty long since implemented by U.S. law making torture a felony. There is no statute of limitations on torture when it’s torture-to-death, also known as murder.

The delusion that holds that U.S. presidents have the power to make laws, whether closing transgender bathrooms, banning Muslim immigrants, or criminalizing torture, has reached its apex with the collective fantasy that Obama banned and Trump unbanned torture. In fact, you’ll never ban torture that way, but you just might keep it de facto unbanned that way.

Trump recently announced that he was changing a law that the courts have ruled forbids discrimination against trans-gendered people. A president has no power to do any such thing. But the U.S. media all reported that he had done it, that by announcing a law, the emperor had created a law. The trouble is, of course, that the actual creation of the law is accomplished by the media’s reporting on it. Once everyone believes that the law is what Trump declares it to be, the courts can go on ruling otherwise over and over until people cease to bring cases.

Someone who can do that can, by definition, torture, murder, and experiment on human beings. And someone who can do such things can do them to those who would question his powers, not just those targeted by the bigotry he uses to win the support of his primary victims.

But the deep state is running the torture centers, as presidents come and go. And unless a belated #DemExit really materializes, we may see any principled opposition to established atrocities handicapped by the support of anti-Trumpers for their newly beloved “intelligence” “community.”­