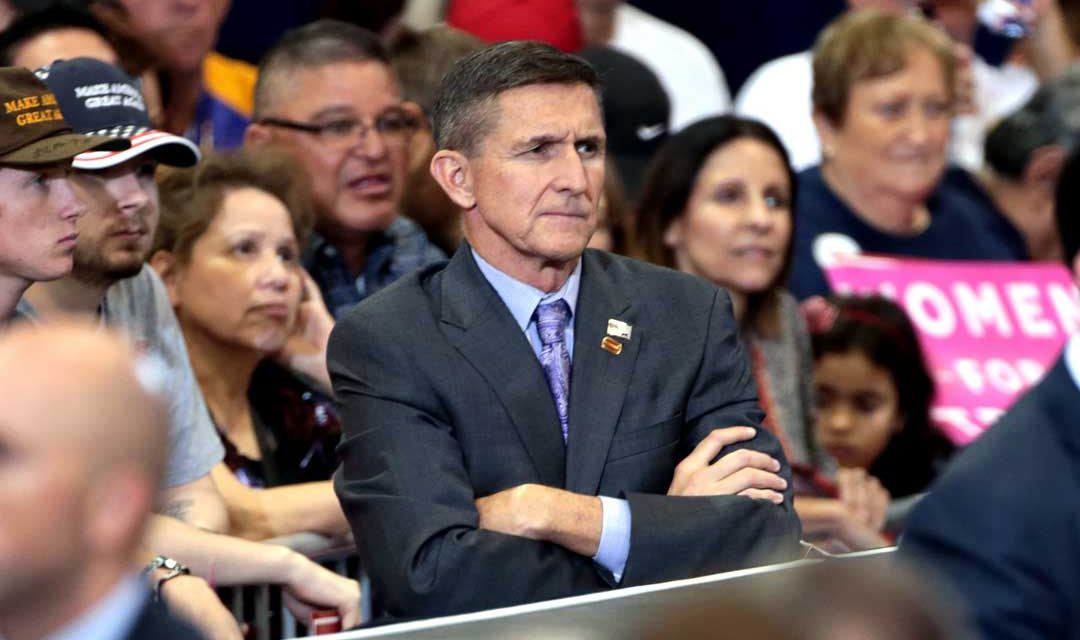 Trump represents a threat against some of the CIA's favorite dirty projects, including the dangerous, non-stop assault on Russia.

On first hearing, the resignation of Michael Flynn seemed less consequential than it did after a little reflection. After all, appointed officials do get let go, and Donald Trump made a popular name for himself as someone who doesn’t hesitate to dismiss staff who are not up to expectations.

The plausible reason offered – Flynn’s having not told the truth about what was said at his meeting with the Russian Ambassador to the Vice President – is just that, plausible, but only barely. It is almost certainly a “face-saver” explanation used to cover something of greater consequence.

At such levels in international affairs, “backchannel” communications are, if not everyday occurrences, employed now and again in highly delicate matters. We know John Kennedy employed exactly this method with Nikita Khrushchev, using a Soviet Ambassador, and he started moving towards doing the same with Castro. Most instances of such activity never reach our attention, of course.

Kennedy was involved in seeking peace during the Cold War, and today many have great hope Trump seeks the same around the Neocon Wars and Obama’s attempts to provoke and threaten Russia. Some of Trump’s words have offered encouraging signals. Michael Flynn was clearly working towards peace, and he had Trump’s confidence, but America’s power establishment is larded with many powerful and unaccountable people who share exactly the opposite purpose. What those who wish for peace regard as hopeful, these others regard as threatening.

“Backchannel” simply means that none of the ordinary paths of communication are used and that few, other than direct participants, are privy to it. It is an important tool at times. There is nothing illegal or insidious or treacherous about it, but it is of its nature highly confidential.

In some corporate press write-ups, today, we actually have irresponsible claims along those lines. Among other contemptible statements published today was this in Britain’s Independent: “Veteran anchor Dan Rather Broadcast journalist describes Russia scandal as ‘around a 5 or 6 on a 10-point scale of Armageddon for our form of government’, but says it is getting worse by the hour.”

My comment to that ridiculous statement was to remind readers of Rather’s record as a journalist, including first and foremost, his infamous description of the Zapruder film offered shortly after Kennedy’s death to reassure Americans about what had happened in Dallas.

If you’ve never seen Rather’s performance, here it is:

And here is the film he pretended to describe at a time years before anyone was permitted to see it.

I also reminded readers that Rather’s career with CBS ended over a story about George Bush, a story whose supporting materials he had failed adequately to scrutinize. He, essentially, was fired by the network. He certainly is a distinguished authority to quote in the current situation. Here is an outstanding example of a journalist the CIA has had in its pocket for decades.

Backchannel communication certainly was all that Michael Flynn was doing. But some insider, likely in the CIA—elements of which have already made more than one attempt to discredit Trump with stuff like evidence-free charges about Russian hacking and a paid-for, contrived Russian dossier, stuff which was rated as trash by the general public—got wind of Flynn’s effort and leaked it to one of his grateful journalist-contacts in a compliant corporate press.

There is a genuine question of treason here with security service people who decide to leak such ultra-secret material to a press which happily regurgitates the CIA view of events abroad daily. Does anyone want secret agencies determining who serves in government and what direction policy should go? This was a serious piece of dirty work which may well deserve the label treason. It is now being fully exploited by the very corporate press which has always hated Trump as well as by the hawks of both parties who gave us the Neocon Wars and Cold War Two.

Trump represents a threat against some of their favorite dirty projects, including the dangerous, non-stop assault on Russia, the engineered coup in Ukraine, and the deliberately-induced horrors of Syria employing hired terrorists.

We all lose if they win. Of course, by “all” I don’t include the corporate press so ably represented by Dan Rather and The Washington Post and The New York Times.

The American press establishment has been in bed with the security services for a long time. Much of what we read in the American as well as British press on subjects such as foreign affairs is little more than re-writes of stuff put “out there” by the CIA. I suppose in private, the owners and editors regard it as the patriotic thing to do, to support government policy no matter how bad it is.

CIA has scores of clever manipulators who work full time on generating junk they distribute to cooperative friends in journalism. Even half a century ago, during another long CIA-terrorist project, the long one against Castro, you can read of the many creators of news employed to put the right face on what was being done and to hide a great deal of it. Papers like The New York Times openly cooperated with them, as we later learned in the explosion of information years after Kennedy’s assassination. Today, more than fifty years later and with far more powerful tools at their disposal, we can only imagine the inner workings of America’s richly-financed Ministry of Truth.

Nancy Pelosi—daughter of an old Mafia Don and bosom friend of the Neocons—has now climbed back on the “investigate Trump and Russia” bandwagon. Hillary Clinton, of course, never got off it. Echoes of their shrill claims are even heard in Europe where several national elections now threaten governments which supported them. It’s what these people have been pushing for—the whole gang of the corporate press, senior Democrats, and various establishment interests. They have been trying to stop or derail Trump from Election Day.

It’s stylish and convenient for them to pretend their opposition is over matters like immigrants, but the truth is far darker. The War Party wants to continue literally re-shaping the face of the planet no matter how many lives it costs. Can you imagine, for even for one moment, rhino-hided politicians like Pelosi or Clinton or Chuck Schumer shedding so much as one genuine tear over immigrants or refugees? These are people who have been complicit in the deaths of hundreds of thousands, including countless women and their families, in a whole series of countries.

It is deeply concerning now that Trump speaks of Obama’s maybe not having been tough enough on Russia. And we’ve heard that Crimea must be returned to Ukraine. Are these concessions from a wounded President to the people who inflicted the wound? Has Trump blinked after this attack?

The situation has the potential now not only of scuttling anticipated rapprochement with Russia but of cranking up the threat. Russia is no more “returning” Crimea to Ukraine than Germany is returning the former East Germany to its previous status. The local people have spoken and their choice was to rejoin Russia, with whom they have a history going back to Catherine the Great. They chose to leave a new version of Ukraine which displayed open hostility towards Russian-speakers from the first day of a CIA-financed coup.

This all has the smell of a “soft” coup against an elected American government, but that should not surprise us. To this day, we do not know the role of CIA in a number of watershed events, including the Kennedy assassination, 9/11 as the kick starter for the Neocon Wars, and even the downfall of Richard Nixon.

Is that your idea of democratic government?