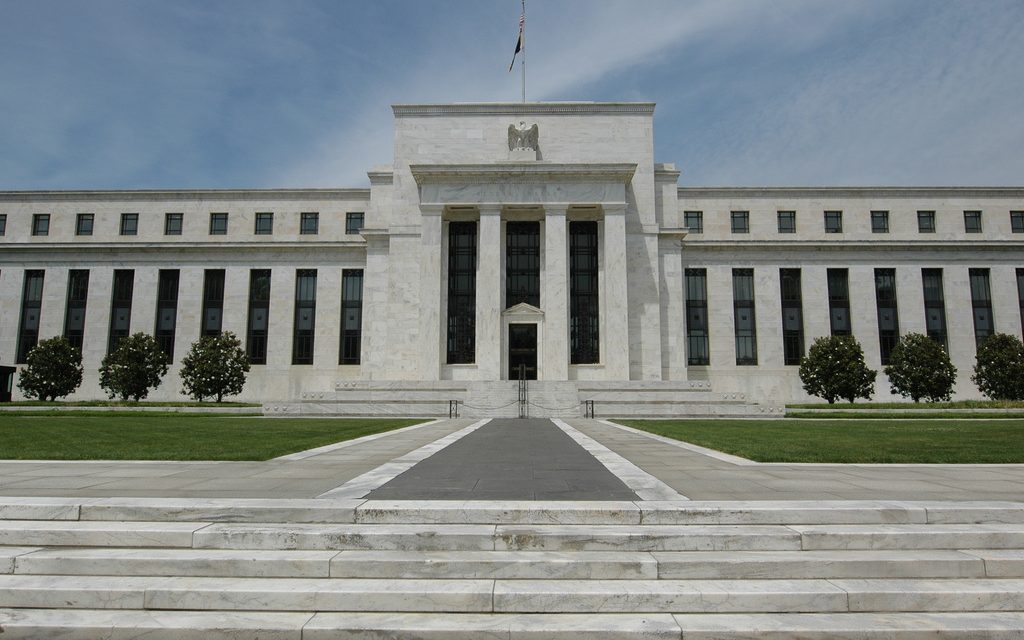 In order to stimulate the Chinese economy, the central bank may cut interest rates further, adding fuel to the fire of capital flight.

During the last four years, the Chinese economy has been slowing down. In 2012, according to Trading Economics, the Chinese GDP grew by 8%. In 2016, it only grew by around 6.7%. In December 2016, The U.S. Federal Reserve Open Market Committee (FOMC) increased the federal funds rate (the rate at which banks lend to each other) by 0.25% to a target rate of between 0.50% and 0.75%. The US and Chinese economies are the two largest economies in the world and are closely linked. Consequently, a federal rate hike in the US has tremendous implications for the continued growth of the Chinese economy.

An increase in the interest rate in the US means that US government securities, such as Treasury Bills, which economists considered risk-free investments, will now be paying a higher interest rate. As rational investors seek the highest rate of return at the minimum risk, this makes US federal securities more attractive. Governments around the world store much of their wealth in US federal bonds, which will now be in greater demand, driving up the price of the US dollar.

The Chinese bond market is now the world’s third largest, outsized only by the US and Japanese markets. Therefore, investors have the option of investing in Chinese government bonds, but there are a number of factors which deter them. Through 2014, the Chinese government was considered a good credit risk, and their bonds paid low interest rates. Since 2014, however, there has been an increase in the number of defaults by state owned enterprises.

While the risk of Chinese bonds appears to be increasing, the interest rate paid by the Chinese government has dropped, more or less steadily over the last seven years. In 2008, China government bonds were paying more than 4.5%, compared to 3.17% in 2017. The Yuan, the Chinese currency, has been steadily losing value against the US dollar. Bloomberg reported that the Yuan stood at 6.05 in 2014, but in 2017 is only valued at 6.94. All of these factors drive Chinese investment into the US, rather than China. As Chinese investors trade their Yuan for dollars, dumping Chinese currency onto world markets, the price of the Yuan goes down. And, as the Yuan is no longer as closely pegged to the dollar as in the past, the Yuan may continue to drop.

With no prospects for a quick recovery of the Yuan, Chinese investors will have even more incentive to invest in US dollars, in order to preserve the value of their money…which further weakens the Yuan. This economic phenomenon is a vicious circle.

To prevent unnecessary losses in the value of the currency through capital flight, the Chinese government sets strict limits on the amount of money citizens are allowed to remove from the country. The government is implementing new laws to restrict mergers and acquisitions activities outside of China, overseas real-estate investments by SOEs, as well as cross border money transfers and foreign exchange transaction.

Capital flight as a response to an increase in the US interest rates is well documented. In 2015, when the US federal funds rate was raised, it resulted in $123 billion leaving China. Uncertainty in financial markets is another cause for capital flight. The financial markets in China have been extremely volatile, with the stock market practically crashing several times in 2015 and 2016. Right after the 2016 US rate hike, the Chinese stock market went into freefall, tripping the automatic stop mechanisms, halting trading. The Shanghai Index lost 25% of its value during the six weeks after the rate hike. Consequently, many investors took their money out of China and invested in the US.

In an effort to prop up the Yuan, China dumped a massive quantity of US currency reserves, buying Yuan on open markets. In December 2015, China’s foreign exchange reserves dropped by $107.9 billion. And in 2016 they dropped by an additional $99.4 billion. China has a population of roughly 1.3 billion. If even a small percentage of these citizens moved their money out of the country, it could undermine the government’s efforts to prop up the currency. This, capital flight looms as a threat to the overall Chinese economy.

This economic turmoil makes the higher interest rates and relative safety of US Treasury securities an attractive investment. To make matters worse, the Chinese government has been engaging in quantitative easing, keeping Chinese interest rates at the lowest points in years, which effectively drives money out of China and into the US.

The lower RMB, combined with a higher US dollar and higher US interest rate means that China’s corporations will have to borrow in domestic markets, as it would be too expensive to borrow in the US or in US dollars. It also makes debt service to dollar-denominated loans more difficult. Reuters reported that in the fourth quarter of 2016, nonperforming debt held at Chinese banks hit an 11-year high. Furthermore, as the Chinese currency weakens, there may be a decrease in Chinese outbound investment.

In order to stimulate the Chinese economy, the central bank may cut interest rates further, adding fuel to the fire of capital flight.

Frank Tang, “Why is China so afraid of US Fed’s interest rate increase? Just look at what happened after the last time the Fed raised rates,” December 14, 2016, http://www.scmp.com/news/china/economy/article/2054482/why-should-beijing-be-nervous-about-us-fed-just-look-what.