The Chance for Greatness, But It Is So Easily Lost 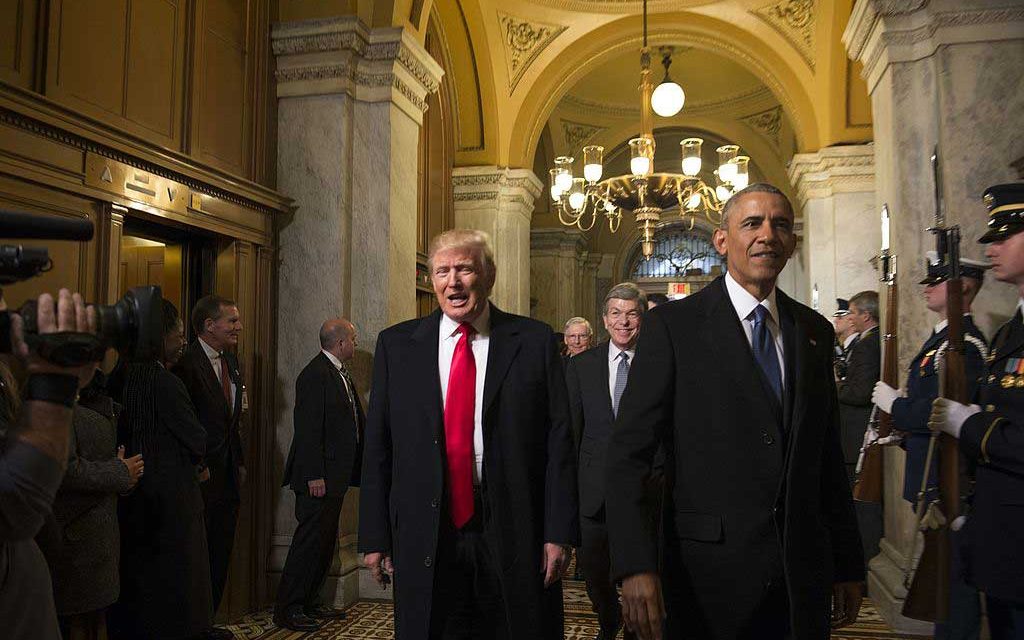 Donald Trump has an opportunity for greatness. Will he rise to it, or fall over his worst ideas and become just one more failed American President?

The chance for greatness is not something offered every leader.

The opportunity requires both a set of extremely adverse circumstances and an exceptional person in power who overcomes them.

All too briefly, Obama seemed to have the chance in 2008, but he very quickly proved himself incapable of rising to the challenge.

So, Obama goes down in history, despite his remarkable achievement of becoming the first black President, as an extremely mediocre leader who was bent by the very forces he should have controlled. He almost melted away before our eyes, proving definitively that there is a great difference between the talents required for political campaigning and those required for success in office.

Trump now has an opportunity for greatness, more so than any politician I can recall. He is faced with huge problems, many of them the work of the failed Obama, and they are more than just any set of problems, for they involve the deaths and misery of millions and the risks of an international nuclear holocaust.

It is already clear that Trump has the strengths required—immensely energetic and hard-working, absolutely not intimidated by a powerful and pervasive establishment, and a surprisingly resourceful mind.

But there are clouds on the horizon. Trump is one of those people whose mind seems to crackle with ideas and notions, and, just as is the case with others of this type, including many famous scientists and creative talents, a fair number of the ideas and notions are not worth pursuing and some are complete rubbish. I put into this category notions like a national Muslim registry or the round-up and deportation of millions of Mexican illegals or crippling the United Nations.

I would certainly add Trump’s words around the utterly repulsive subject of torture, but here we find an example of Trump being really clever, showing the kind of skill a statesman must possess. With his words on torture, Trump got to tell the belly-over-belt segment of his followers that he will do literally anything for dear old America, but he then played the game of deferring to the wisdom of one of his most intelligent appointments, General James Mattis, who opposes torture. Who can argue with a “Marine’s Marine” on such topics? The Iron Chancellor himself would be proud of the whole performance.

Trump’s wall with Mexico for me is neither here nor there. Lots of countries build walls, and while I am opposed to them in general, I recognize the arguments for them, and of course every country has the right to protect its borders.

But you cannot round up and deport millions, even if they are illegals, without great adverse consequences. It is a non-starter as an idea. What we have is a situation created by the ineffectiveness of past governments over many years. That is a reality you must accept unless you want to create, to put it mildly, one of the worst public relations fiascos of the century. Remember, we live in the age of cell phone videos and the Internet, an entirely different situation than what prevailed the last time America did the very thing Trump is proposing, roughly ninety years ago.

Not many Americans likely realize that there was a precedent. Starting in 1929 and for some years after, huge numbers of Mexicans—estimated to have been between half a million and two million—living in America were deported summarily. It is not a precedent to copy, smelling as it does of activities we associate with the fascist governments of that same dark period. It is something that cannot even be done without many extremely unhappy scenes.

Trump should build his wall and keep strict compliance with law afterwards, but mass deportations will not go down well anywhere and will only create big and ugly barriers in many of America’s relationships, and not just those with Mexico.

Trump needs a filtering mechanism for his bubbling, teeming thoughts because his better ideas and notions are the ones that promise to mark him for greatness. I include here the end of America’s interfering and overthrowing foreign governments, the end of the terrible Bush-Obama Neocon Wars that have killed a couple of million and created millions of desperate refugees, and his bold efforts to bring jobs to millions of Americans living in what can only be called squalor. Those are the goals of a great leader.

And if he can succeed, I believe it is possible for Trump to build a new coalition for his party. This kind of thing has happened before, and if he could succeed at it, it would be yet another great achievement. The Republican Party, before Trump hi-jacked it and gave new purpose, was moribund, lacking any clear purpose beyond trying to achieve power and divvy up the spoils of periodic victory.

The interesting thing is that the Democratic Party Trump defeated has been in a somewhat similar state. Perhaps that fact is part of why it morphed into the War Party. That party’s de facto leadership since the 1990s has been the Clintons with their bounteous, mafia-like money connections. But the Clintons were not only defeated by Trump (literally, both of them), but their defeat was accompanied by shocking revelations about them and their party’s inner workings which I do not believe can be easily lived down, and there remains a substantial probability that one or both of them is going to be prosecuted, either for the frauds of the Clinton Foundation or for the flagrantly illegal behavior of Hillary as Secretary of State.

Those facts make Trump’s opportunity even greater. He can rise to it, or he can fall over his worst ideas and become just one more failed American President.