India’s Nuclear Doctrine: Coming Out of the Closet 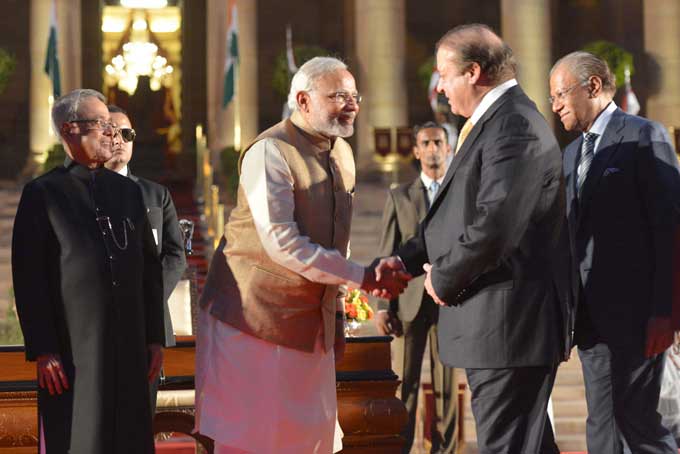 What it would mean for India to change its "No First Use" policy on nuclear weapons.

Indian defense minister’s penchant for verbal gaffes has acquired respectability. One strategic community stalwart has suggested that the defense minister’s voicing of his ‘personal opinion’ on India’s No First Use (NFU) pledge is designed to build in ambiguity in India’s nuclear posture. He suggests that for deterrence, it is necessary to keep the nuclear adversary guessing.

Releasing itself from the NFU pledge will enable India to build-in the option of nuclear first use in its nuclear preparedness and posture. A nuclear adversary (read Pakistan) would be fearful that its nuclear preparations might trigger off India’s preemptive strike(s). For India, the advantage in Pakistani hesitation to reach for its tactical nuclear weapons (TNW) is in enabling India to employ its superior conventional forces to wrap up the Pakistani military, pinch back territory in Jammu and Kashmir (J&K)and make territorial gains elsewhere.

Currently, India is stumped by Pakistani brandishing of its TNW. India is hesitant to use its conventional advantage honed at considerable cost. This has forced India to be boxed-in. The situation in J&K has turned a full circle back by a couple of decades when conventional forces were locked in trading blows across the Line of Control. India would instead like to make its conventional preparations on the doctrinal, organizational and equipment fronts, count. The latest controversy over India’s NFU is an instance of India attempting a doctrinal breakout from the cul-de-sac of Pakistani TNWs.

Analysts have pointed out that an Indian nuclear posture that is readier-to-go could prove counter-productive. It would induce Pakistan to go first instead, fearing it would lose its nuclear capability if were to wait for India’s nuclear first use. Presently, the major threat India faces is from TNW being used against its forces in case of incursions that flirt with Pakistani nuclear thresholds. It is not a bolt-from-the-blue attack or a first strike attempting to degrade India’s nuclear strike back capability. However, in case India was to rescind NFU, the latter would emerge as a grave threat.

Therefore, if India wishes to jettison NFU then it would have to reassure Pakistan that should India resort to nuclear first use, it would not be in the form of higher order nuclear strikes. This may be counter-intuitive, but it is well known in strategic theory that nuclear deterrence and reassurance go together.

Currently, India’s deterrence is predicated on a ‘massive’ counter strike. India professes to believe nuclear weapons are political weapons meant for nuclear deterrence and not war-fighting. This means its nuclear forces are configured for higher order nuclear retaliation—counter city and counter force and not counter military targeting. Since higher order strikes are liable to being countered equally vehemently by Pakistan, higher order nuclear first use by either side would amount to all-out nuclear war.

This helps with deterrence at the upper end of the spectrum; that of higher order strikes. However, the promise of higher order strikes is taken as incredible against TNW use. This is the conundrum India is in. If India rescinds its NFU without a corresponding change in its philosophical approach to nuclear weapons—that is, if it continues to believe these are not for war-fighting—then espying Pakistan reaching for its TNWs, it will likely go in for higher order—preemptive—first use of its own.

India promises being ‘punitive’ as to inflict ‘unacceptable damage’. This might not be possible any longer in light Pakistan also maintain strategic weapons, available for higher order strike back. To ensure that fewer of these get to India, India’s nuclear first use would require being of first strike levels of attack—first strike defined as an attempt to tamp down on Pakistani retaliatory capability.

Pakistan is reportedly a step ahead of India in nuclear numbers and in the variegation of its missiles. It thus has a second strike capability, enough to deter India’s first strike levels of nuclear first use. South Asia is in its era of ‘mutual assured destruction’ (MAD). Therefore, if Delhi is to give up NFU, a pillar of its nuclear doctrine, it would also require giving up the other pillar of its doctrine—higher order nuclear use. In a state of MAD, nuclear weapons no longer deter nuclear weapons but deter only higher order nuclear use.

This means that in case of nuclear first use preparation by Pakistan, India could get its nukes in first, but at levels duly cognizant of escalation dynamics. The ability for lower order strikes does not preclude possession and use of strategic weapons for higher order nuclear use. Thus, deterrence at the upper end of the nuclear use spectrum is assured, even as escalation control is enabled by lower order nuclear use. It would be easier to stop a nuclear conflict before cities have started being consumed.

As for ambiguity, it is intrinsic to the nuclear domain. Tom Schelling’s deterrence concept of ‘leaving something to chance’ implies that since no war has witnessed a nuclear exchange, it is a domain of which much has been written about, but only vicariously. Going in for overkill in terms of ambiguity can lead to self-delusion that deterrence will work.

Ambiguity increases the threat of nuclear first strike under the logic of what Tom Schelling termed, the ‘reciprocal fear of nuclear attack’, defining it inimitably as, ‘he thinks, we think he’ll attack; so he thinks, we shall; so he will; so we must.’ Consequently, reassuring one’s own population and the adversary’s nuclear decision maker is also important. Jettisoning default higher order nuclear use is one such measure.

India’s current government has questioned many verities of India’s nationhood—such as secularism—and is known for taking what its supporters regard as ‘bold’ decisions. The Modi government can and should overturn India’s declaratory nuclear doctrine. The makeover is in a sense is to move towards nuclear war-fighting. The advantage of this is in enabling an end to nuclear war at its lowest threshold. South Asia can only then hope to get away at affordable—even if avoidable—levels of nuclear war.