If You Are For Peace You Are a Russian Agent 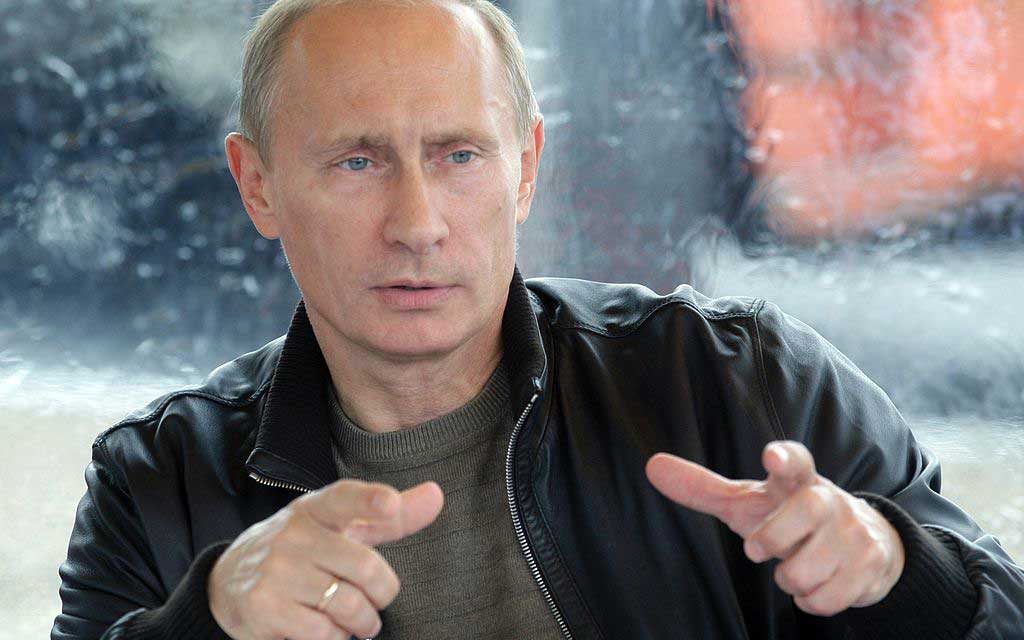 The way the presstitutes have framed the issue, there are no legitimate reasons to be for peace with Russia.

Speaking of fake news, the latest issue of the National Enquirer at the supermarket checkout is giving the mainstream presstitute media a run for the money: “Castro’s Deathbed Confession: I Killed JFK. How I framed Oswald.”

That’s almost as good as the fake news going around the presstitute media, such as the TV stations, the Washington Post, New York Times, and Guardian—yes, even the former leftwing British newspaper has joined the ranks of the press prostitutes—that the CIA has concluded that “Russian operatives covertly interfered in the election campaign in an attempt to ensure the Republican candidate’s victory.”

If the CIA is actually stupid enough to believe this, the US is without a competent intelligence agency. Of course, the CIA didn’t say and doesn’t believe any such thing. The fake news stories in the presstitute media are all sourced to unnamed officials. Former British ambassador Craig Murray described the reports accurately: “bullshit.”

So who is making the stories up, another anonymous group tied to Hillary such as PropOrNot, the secret, hidden organization that released a list of 200 websites that are Russian agents?

Fake news is the presstitutes’ product. Throughout the presidential primaries and presidential campaign it was completely clear that the mainstream print and TV media were producing endless fake news designed to damage Trump and to boost Hillary. We all saw it. We all lived through it. What is this pretense that Russia is the source of fake news?

We have had nothing but fake news from the presstitutes since the Klingon regime. Fake news was used against Yugoslavia and Serbia in order to cloak the Clinton’s war crimes.

Fake news was used against Libya and Syria in order to cloak the Obama regime’s war crimes.

Without fake news these three blood-drenched presidencies would have been hauled before the War Crimes Commission, tried, and convicted.

Can anyone produce any truthful statement from the presstitute media about anything of importance? MH-17? Crimea? Ukraine?

Ironic, isn’t it, that it is those who purport to be liberal and progressive who are responsible for the revival of McCarthyism in America. Moreover, the liberal progressives are institutionalizing McCarthyism in the US government. There is clearly a concerted effort being made to define truth as fake news and to define lies as truth.

Ironic, isn’t it, that it is the war criminal Hillary, responsible for the destruction of Libya and the near destruction of Syria until the Russians intervened, that the liberal progressive forces are desperate to have as president. Not only did the liberal progressive forces attempt to elect a war criminal president of the US, they are doing their best to delegitimize the president-elect who opposes the orchestrated conflict with Russia.

Ironic, isn’t it, that the liberal progressive bloc refuse to give peace a chance.

The faked news report from the imbeciles at PropOrNot, which was hyped by the fake news sheet, WaPo, claiming that I was a Russian agent was supposed to do my credibility harm. Instead, the 200 List told everyone where they could get good information, and my readership went up. Moreover, I almost got a Russian passport out of it. But before sending it along, Putin checked with Russian intelligence and was informed that I am not on their roster.

The rumor is that if the House intelligence bill passes with Title V intact, those of us on the PropOrNot list could be called before congressional hearings in a replay of McCarthyism. If they waterboard me, I might break down and implicate Ronald Reagan, George H.W. Bush, Jim Baker, David Stockman, and all the rest. The evidence against us is pretty strong. Trump is suspect because he wants peace with Russia, and so did Reagan. From the standpoint of the Hillary forces and the presstitutes, anyone who wants peace with Russia is bound to be a Russian agent.

The way the presstitutes have framed the issue, there are no legitimate reasons to be for peace.

If Putin and those of us on the 200 List are the ones who actually got Trump elected, shouldn’t Putin or The List be Time magazine’s person of the year and not Trump? After all, if Putin and I did the work, shouldn’t we get the recognition? Why give the credit to the stooge we put in office?

Why is Time magazine shoving those of us responsible off into the background?

Eureka! Time magazine is also a Russian agent and is covering up for us by giving Trump credit for our work. Whew! I won’t be waterboarded after all.