The Tide Is Turning Against the Oligarchs

But the oligarchy did not lose the election by a large enough margin for Paul Craig Roberts to be confirmed as Secretary of the Treasury!

“The further a society drifts from the truth, the more it will hate those that speak it.” — George Orwell

The ruling oligarchy and their presstitute media have become desperate now that they are losing control over explanations and Americans’ minds. Thus, they charge independent Internet journalists such as myself with being Russian agents peddling fake news. Recent legislation in the House of Representatives, the list of 200 alleged Russian agents, and the attacks on president-elect Trump from within the US intelligence community make it clear that pressures on truthtellers are increasing. 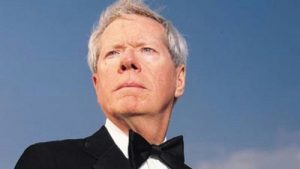 Internet sites that have comment sections make it easy for trolls to earn their blood money by slandering and misrepresenting truthtellers, thus aiding the oligarchs in their attack on truth.

I have certainly got the oligarchs’ attention. I am proud that paulcraigroberts.org is on the oligarchy’s list of enemies. [Editor’s note: as is Foreign Policy Journal!] If I had to bet, I would bet that the 200 list of the oligarchy’s enemies was prepared with money from the CIA (US tax dollars or drug money), the National Endowment for Democracy (US tax dollars), and George Soros (money stolen from the British people in currency manipulation).

One reader wrote to me that like Thor in the old Norse mythology we have moved the universe. I read the other day a report that more Americans distrusted than trusted the presstitute media. Perhaps the era of fooling deceived Americans is coming to an end. Clearly the ruling oligarchy is concerned that the websites on the 200 List now control the explanations although not the levers of power. Nevertheless, if the pen is more powerful than the sword, power will return to the people as we continue to deliver truth to them.

My website alone has 400,000 readers, and my columns are reproduced on scores of other websites in the US and abroad, translated into many languages including Chinese, Russian, and German. One person wrote to me that my columns are regularly posted on 17 websites on the 200 List. I am reaching millions of peoples, a larger readership than the New York Times.

As the old saying goes, those who spin webs of deceit get caught up in them, and that is where the American oligarchy and their presstitutes are, caught up in a web of lies.

The fight is far from over. Now that the ruling oligarchy understands their danger, things will get very dicey.

My thanks to the many readers who expressed their wishes that I would be Trump’s Secretary of the Treasury and to Rahul Manchanda for his tribute in Veterans News Now.

The oligarchy did not lose the election by a large enough margin for me to be confirmed as Secretary of the Treasury. I would bring into the Treasury people like Michael Hudson, James Galbraith, Herman Daly, Pam Martens, Nomi Prins. I would put Dave Kranzler in charge of financial regulation and have him break up the Fed’s rigging of the bullion market. Ellen Brown’s campaign for public banks would be given impetus. The issue of abolishing the Federal Reserve and bringing the power back into the Treasury would be examined.

If Trump proves to be sincere, let’s support him on the main issues and build momentum for the future.