Would the State Department Also Disrespect a BBC Reporter Because It’s State-Owned? 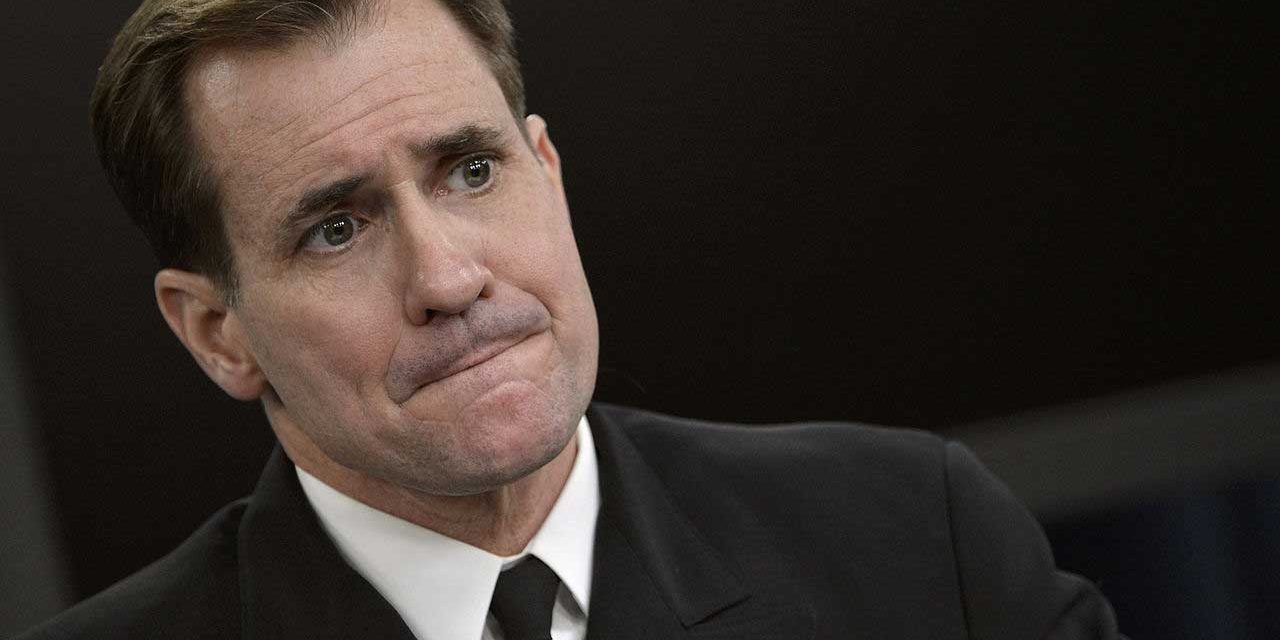 Hypocrite State Department spokesman John Kirby disrespected a journalist who asked a serious and pointed question simply because she works for RT.

On November 16, at a State Department press briefing, department spokesperson John Kirby was having one of his frequent adversarial dialogues with Gayane Chichakyan, a reporter for RT (Russia Today); this time concerning US charges of Russia bombing hospitals in Syria and blocking the UN from delivering aid to the trapped population. When Chichakyan asked for some detail about these charges, Kirby replied: “Why don’t you ask your defense ministry?”

KIRBY: There hasn’t been any aid delivered in the last month.

GK: And you believe it was blocked exclusively by Russia and the Syrian Government?

KIRBY: There’s no question in our mind that the obstruction is coming from the regime and from Russia. No question at all.

MATTHEW LEE (Associated Press): Let me –- hold on, just let me say: Please be careful about saying “your defense minister” and things like that. I mean, she’s a journalist just like the rest of us are, so it’s -– she’s asking pointed questions, but they’re not –

KIRBY: From a state-owned outlet, Matt.

KIRBY: From a state-owned outlet that’s not independent.

LEE: The questions that she’s asking are not out of line.

KIRBY: I didn’t say the questions were out of line.

KIRBY: I’m sorry, but I’m not going to put Russia Today on the same level with the rest of you who are representing independent media outlets.

One has to wonder if State Department spokesperson Kirby knows that in 2011 Secretary of State Hillary Clinton, speaking about RT, declared: “The Russians have opened an English-language network. I’ve seen it in a few countries, and it is quite instructive.”

I also wonder how Mr. Kirby deals with reporters from the BBC, a STATE-OWNED television and radio entity in the UK, broadcasting in the US and all around the world.

Or the state-owned Australian Broadcasting Corporation, described by Wikipedia as follows: “The corporation provides television, radio, online and mobile services throughout metropolitan and regional Australia, as well as overseas … and is well regarded for quality and reliability as well as for offering educational and cultural programming that the commercial sector would be unlikely to supply on its own.”

There’s also Radio Free Europe, Radio Free Asia, Radio Liberty (Central/Eastern Europe), and Radio Marti (Cuba); all (US) state-owned, none “independent”, but all deemed worthy enough by the United States to feed to the world.

And let’s not forget what Americans have at home: PBS (Public Broadcasting Service) and NPR (National Public Radio), which would have a near-impossible time surviving without large federal government grants. How independent does this leave them? Has either broadcaster ever unequivocally opposed a modern American war? There’s good reason NPR has long been known as National Pentagon Radio. But it’s part of American media’s ideology to pretend that it doesn’t have any ideology.

As to the non-state American media … There are about 1400 daily newspapers in the United States. Can you name a single paper, or a single TV network, that was unequivocally opposed to the American wars carried out against Libya, Iraq, Afghanistan, Yugoslavia, Panama, Grenada, and Vietnam while they were happening, or shortly thereafter? Or even opposed to any two of these seven wars? How about one? In 1968, six years into the Vietnam war, the Boston Globe (February 18, 1968) surveyed the editorial positions of 39 leading US papers concerning the war and found that “none advocated a pull-out”. Has the phrase “invasion of Vietnam” ever appeared in the US mainstream media?

In 2003, leading cable station MSNBC took the much-admired Phil Donahue off the air because of his opposition to the calls for war in Iraq. Mr. Kirby would undoubtedly call MSNBC “independent”.

If the American mainstream media were officially state-controlled, would they look or sound significantly different when it comes to US foreign policy?