The Western War On Truth 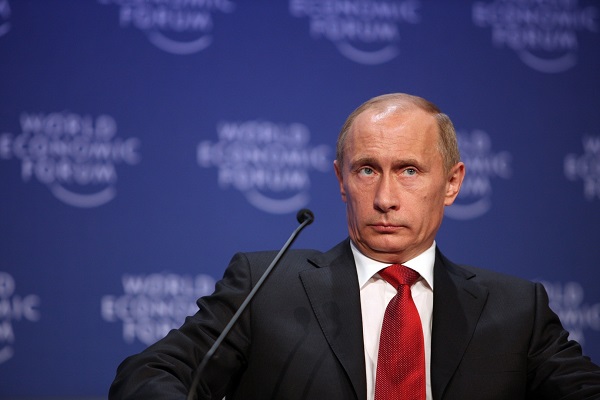 The presstitute Washington Post plays its assigned role in the claim promoted by Washington that the alternative media consists of Russian agents.

The “war on terror” has simultaneously been a war on truth. For fifteen years—from 9/11 to Saddam Hussein’s “weapons of mass destruction” and “al Qaeda connections,” “Iranian nukes,” “Assad’s use of chemical weapons,” endless lies about Gadaffi, “Russian invasion of Ukraine”—the governments of the so-called Western democracies have found it essential to align themselves firmly with lies in order to pursue their agendas. Now these Western governments are attempting to discredit the truthtellers who challenge their lies.

Russian news services are under attack from the EU and Western presstitutes as purveyors of “fake news.” Abiding by its Washington master’s orders, the EU actually passed a resolution against Russian media for not following Washington’s line. Russian President Putin said that the resolution is a “visible sign of degradation of Western society’s idea of democracy.”

As George Orwell predicted, telling the truth is now regarded by Western “democratic” governments as a hostile act. A brand new website, propornot.com, has just made its appearance condemning a list of 200 Internet websites that provide news and views at variance with the presstitute media that serves the governments’ agendas. Does propornot.com’s funding come from the CIA, the National Endowment for Democracy, George Soros?

I am proud to say that paulcraigroberts.org is on the list. [Editor’s note: Foreign Policy Journal also made the cut for failing to tow the official line and for challenging mainstream media propaganda!]

What we see here is the West adopting Zionist Israel’s way of dealing with critics. Anyone who objects to Israel’s cruel and inhuman treatment of Palestinians is demonized as “anti-semitic.” In the West those who disagree with the murderous and reckless policies of public officials are demonized as “Russian agents.” The president-elect of the United States himself has been designated a “Russian agent.”

This scheme to redefine truthtellers as propagandists has backfired. The effort to discredit truthtellers has instead produced a catalogue of websites where reliable information can be found, and readers are flocking to the sites on the list.

Moreover, the effort to discredit truthtellers shows that Western governments and their presstitutes are intolerant of truth and diverse opinion and are committed to forcing people to accept self-serving government lies as truth.

Clearly, Western governments and Western media have no respect for truth, so how can the West possibly be democratic?

The presstitute Washington Post played its assigned role in the claim promoted by Washington that the alternative media consists of Russian agents. Craig Timberg, who appears devoid of integrity or intelligence, and perhaps both, is the WaPo stooge who reported the fake news that “two teams of independent researchers”—none of whom are identified—found that the Russians exploited my gullibility, that of CounterPunch, Professor Michel Chossudosky of Global Researh, Ron Paul, Lew Rockwell, Justin Raimondo and that of 194 other websites to help “an insurgent candidate” (Trump) “claim the White House.”

Note the term applied to Trump—“insurgent candidate.” That tells you all you need to know.

You can read here what passes as “reliable reporting” in the presstitute Washington Post. (See also here.)

Glenn Greenwald of The Intercept, which somehow escaped inclusion in The 200, unloads on Timberg and the Washington Post here.

Western governments are running out of excuses. Since the Clinton regime, the accumulation of war crimes committed by Western governments exceed those of Nazi Germany. Millions of Muslims have been slaughtered, dislocated, and dispossessed in seven countries. Not a single Western war criminal has been held accountable.

The despicable Washington Post is a prime apologist for these war criminals. The entire Western print and TV media is so heavily implicated in the worst war crimes in human history that, if justice ever happens, the presstitutes will stand in the dock with the Clintons, George W. Bush and Dick Cheney, Obama and their neocon operatives or handlers as the case may be.