America Deserves Better, But More Importantly, So Does the World 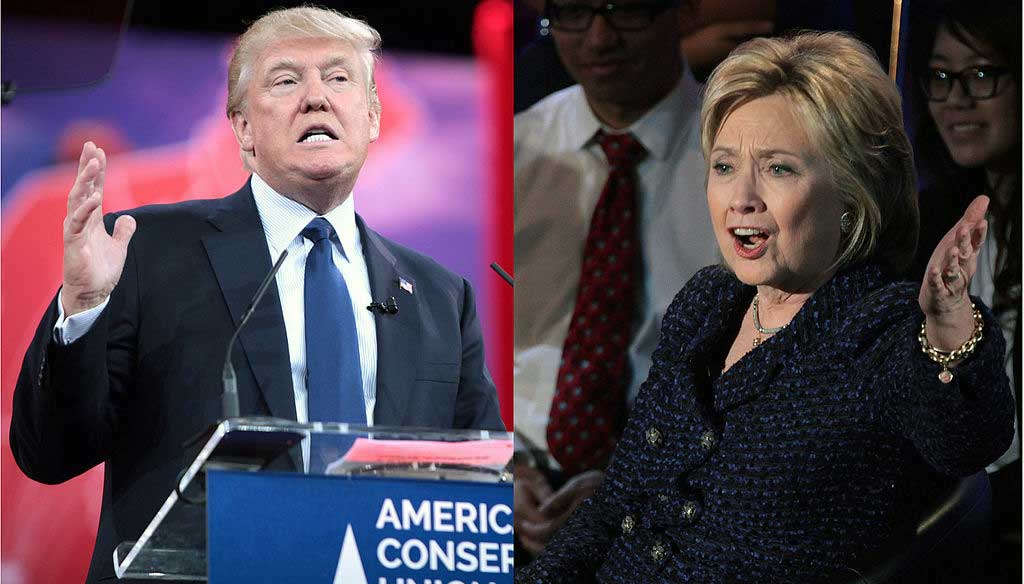 In terms of the hundreds of thousands killed and countries torn apart under Obama and Clinton, the world has a great deal to gain by some change.

The one verity going into the first presidential debate, not widely recognized, was that it did not matter how Clinton managed and what she said, although a collapse on the stage clearly would have been a decisive-enough matter.

Her comportment or responses did not matter precisely because she has a record—a long and detailed political record which absolutely tells us the kind of leader she has been and will continue to be; although, given that the position at the very top of the political pile allows more latitude for a person’s attitudes, biases, and quirks, one might reasonably expect an even more extreme version of the unpleasant past.

Clinton could no more change what she has been than she could change the size of her shoe. As a politician, she is fixed in amber much as a prehistoric dragonfly.

Extreme precautions were taken against her fainting or having a spastic event or coughing seizure or having her eye wobble—all of which have previously been observed in her deliberately limited number of public appearances and all of which are solid evidence of a sickness she dishonestly hides from us. She was even ushered in and out of the building through a kind of temporary, custom-built tunnel with Secret Service agents using special lights so that no might photograph another sudden episode. I’m certain for the debate proper she was pumped with enough drugs to raise a corpse temporarily to life.

Clinton will be Clinton no matter the debating points, and Clinton represents the very darkest heart of a governing establishment many Americans and most of the world are simply sick of, an unresponsive group of privileged people who lie consistently and squander resources doing horrible things. They bomb and destroy and support tyrants in a dozen places, always lying about what they are doing, and they take no interest in the sheer lack of justice and decency at home, unless you count their token words at election time. There is no more perfect representative of this pattern of behavior than Hillary Clinton.

And it was Trump’s task to make that clear to listeners, but he did not do so; and he left the unattractive impression of someone offering nothing new beyond some corporate tax cuts and rental fees for NATO members.

From the viewpoint of those desperate for change, Trump’s debate performance was disheartening. From cybersecurity to ISIS and America’s financial meltdown to Russia, Clinton said things which opened her to the most devastating responses and revealed her inability to anticipate the consequences of pat generalizations, but the responses never came.

She should have been pinned to the backdrop, much like an insect being pinned to a display board in an entomology collection, with reminders of her actual record as well as that of her husband, a dark and questionable figure whom she insisted on dragging in, much like a proud cat entering the house with a nasty-looking dead bird in its mouth. Trump seemed flat on his feet.

And, it must be mentioned, we have a photo of Hillary showing quite clearly she was wearing a communications device similar to what George Bush wore some years ago. I don’t know why the debates are not free of such gimmickry, but clearly they are not.

On the economy, Trump statements were truly disheartening. He has said a couple of pretty interesting things on the campaign trail, especially in his Michigan speech directed to black Americans, but in the debate what we heard was tired old stuff, re-tread notions dating back to Reagan or before, about corporate tax cuts and little else.

On the topic of foreign affairs, a desperate subject and the one area of his greatest hope for many, he said surprisingly little. And how could you help but be disappointed when, out of this vast topic, he chose to mention his meeting with the leader of one of the world’s smallest countries, one designated by the United Nations as having the world’s worst human rights record, and called the bloody man by his affectionate nickname?

Even on the causes of the financial collapse of 2008, Clinton spoke vague nonsense and reflected on Bill’s illusory economic achievements when in office. Well, Trump should have said that some of Bill’s own work contributed, with a time lag, to the 2008 mess. He should also have said that Bush’s lackadaisical attitude towards good regulation, much resembling his attitude and response to Hurricane Katrina, had a direct effect on the financial disaster. And he certainly should have said that Obama, Clinton’s direct boss and political supporter, has in eight years done nothing to correct the regulatory disorder. He told the ugly truth that Obama had done nothing but print money to keep the economy afloat, but he did not articulate it or its implications forcefully, and that should have been his territory.

But what he should have said most of all was that government does not make the economy, despite a lot of people, including Hillary, talking as though the Oval Office had almost a set of start and go levers for the economy which, if used by an appropriate leader, made things hum. That is a genuinely silly but persistent idea, and it is really time for the American people to have this quasi-religious myth laid to rest. She certainly believes this nonsense as demonstrated by references to her husband’s past success and by her unwelcome and repulsive promise, a while back, to put “Bill in charge of the economy” when she is elected.

Government’s real role is to maintain a national environment favorable to economic activity with fair regulation and taxation and avoidance of frivolous or vexatious legislation, and it must avoid totally counterproductive burdens like wars. It must also avoid favoritism and special interests. It must do what is necessary to maintain the nation’s essential infrastructure from roads and bridges to broadband and airports. And it must assure that education and justice flourish. But the American government for years has done none of these things, and that is what exhausts the American people and much of the world.

Endless, unbelievably costly wars, crumbling infrastructure, injustices to be seen in every corner of the land, poor schools in ten thousand places, poor drinking water, the dominance of special interests and favoritism in government, and more. These are built-in weaknesses, not only impairing the lives of millions of citizens but leading to decline. Changing that is what good government is about, and it what people hope for from any candidate who beats the Clinton we all know so tiresomely well.

A good friend, in discussing my disappointment with the debate, did offer an interesting perspective, saying that Trump might have said just enough in generalities to buoy his supporters and would-be supporters, who of course do not all think in the same terms or expect the same details. I hope so. What this world needs more anything is an American leader who is not Clinton, a woman who was recorded saying about the destruction of Libya she helped engineer and direct as Secretary of State and about the assassination of a decent leader who kept his country out of war and supplied his people with everything from free health care to education, “We came, we saw, he died. Ha, ha, ha!”

We indeed have little to lose in giving someone a chance to start at least a few things over again. I am not even certain that is possible, given the heavy shadow of America’s massive, unelected security and military establishments, but it is worth a try. In terms of the hundreds of thousands killed and countries torn apart under Obama and Clinton, the world has a great deal to gain by some change.

And if that is not possible under the American political system, I think the genuinely dark thing America has become, an immensely well-armed bully and thief who lies about every act, is what we are all fated to suffer under until its eventual and inevitable decline. It is the Obamas and Clintons—pretending to liberalism while expending their total energy on killing and destabilizing and pushing others around in hopes of custom-molding the lives of the planet’s many peoples, an activity much resembling the way a psychopath toys with victims before killing them—that quite possibly will bring us to a nuclear holocaust with Russia and/or China.