How Washington Is Endangering the World 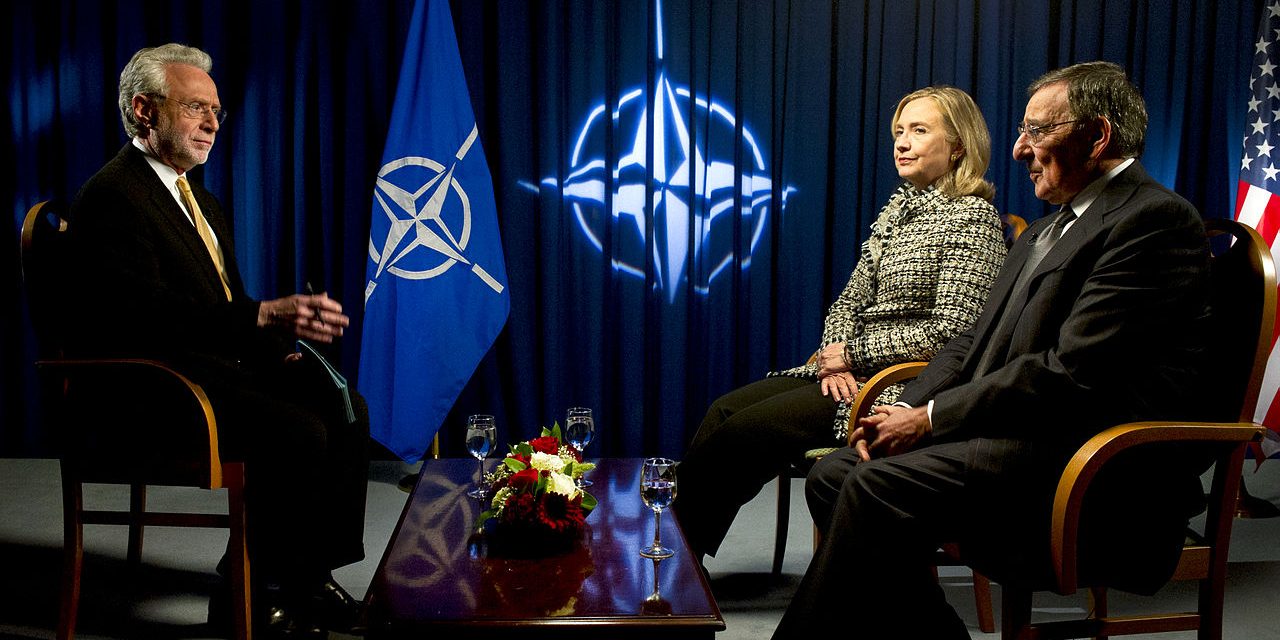 Fooling most of the people most of the time is what American politics are about—even when it comes to the threat of nuclear war.

I read a column recently imbued with hopeful thinking about America’s political establishment dealing with its constituents concerning the now increasing threat of nuclear catastrophe.

The author said the piece was intended as “Drano” to clear the political pipes, but I am afraid that much as I sometimes enjoy the same author’s pieces, this one for me had to be characterized as illusion. It may have a lot to do with the author not being a native of the United States, and I do think my background in that country and having studied its history removes any possibility of illusion ever seriously taking hold.

When did America’s establishment ever discuss, in elections or at other times, issues of war and peace for the people’s understanding and consent?

There was no mandate for Vietnam, Cambodia, Iraq, Libya, Syria, or a dozen other conflicts.

Of course, once a war gets going, there is a tendency for Americans to close ranks with flags and ribbons and slogans such as “Support our troops” and “Love it or leave it.”

The senior leaders know this psychological pattern, and they count on it, every time.

The fundamental problem in America’s government is an elaborate political structure much resembling democracy but with actual rule by a powerful establishment and a set of special interests—all supported by a monstrous security apparatus and a huge, lumbering military, which wouldn’t even know what to do with itself in peace.

Unfortunately, I don’t think there is any apparent solution to this horrible political reality, and, while once it affected primarily Americans themselves, today it affects the planet.

There is an intense new element that has been added to America’s governing establishment: the drive of the neo-cons for American supremacy everywhere, for complete global dominance, and it is something which is frighteningly similar to past drives by fascist governments which brought only human misery on a vast scale.

The neo-cons’ underlying motive, I believe, is absolute security for America’s colony in the Middle East, Israel—put another way, their concern is for Israel’s hegemony over its entire region with no room for anyone else to act in their own interests. It is only if the United States is deeply engaged all over the planet that Israel can constantly benefit from its strange relationship with America.

It did not require the neo-cons to interest America’s establishment with interfering in other people’s affairs. America has a long history of doing so, stretching back to the Mexican War, the Spanish-American War, the Philippine-American War, the brazen seizure of Hawaii from its people and going right up to the pointless War in Vietnam and Cambodia in the hope of keeping the Pacific Ocean effectively an American lake. But the neo-cons have added a new force, a new impulse to something which would be better left alone, and they are very influential in American affairs.

Ordinary Americans are not interested in world affairs, and there is a great deal of evidence to support that statement. American Imperialists of earlier times disparaged this tendency to just want peace at home with the pejorative name, isolationism, and avoiding isolationism became an excuse for a whole series of wars and interventions.

So, Americans today cannot be allowed to fall back into their natural tendency of not caring. Thus we have the drive of the neo-cons and, tragically, thus we have America being driven into direct confrontation with Russia. And with China, too, of course, but Russia is my focus since Russia is the only country in the world literally capable of obliterating the United States. There is unquestionably a sense here of Rome wanting to go after Carthage, although cavalry, swords, spears, and catapults no longer can settle such conflicts.

The situation is compounded by the American establishment’s dawning realization that its days of largely unquestioned supremacy in the world are fading into memory, as other countries grow and develop and have important interests in world affairs. In many respects, it has been a long downhill slide for the average American since the economic heyday of the 1950s. Decline in real incomes, decline in good job opportunities at home, the export of American industries abroad to areas of less costly labor, and the virtual collapse of American towns and cities in many places, Detroit being perhaps the most sorrowful case of many—all these are evident year-in and year-out.

I do think the American establishment simply does not know how to handle its role in a brave new world, but do something it clearly thinks it must, and that is an extremely dangerous state of mind. It is armed with vast armies and terrible weapons so that it retains a sense of being able to act in some way to permanently reclaim its place, an illusion if ever there was one.

We know from scholars of the past the role that the mere existence of terrible military power can play in disaster. Huge standing armies were one of the major underlying causes of the First World War, a conflict in which twenty millions perished. Germany repeated the effort with Hitler’s government working tirelessly to create what was to become the finest and most advanced army the world had ever seen until that time, but it, too, ended in disaster, and of even greater proportions. America has not discovered the secret to making itself invulnerable, although I fear that its establishment believes that it can do so, and that represents the most dangerous possible thinking.

Contrary to political speeches, America’s establishment has never shown great concern over the welfare of ordinary Americans, and today its lack of concern is almost palpable. Washington’s white-maned, over-fed, crinkly-faced Senators spend virtually every ounce of effort in two activities: raising funds from special interests for re-election (estimated at two-thirds of an average Senator’s time) and conspiring on how to keep America dominant in the world. Anything else is just piffle. America’s unique place in the world of 1950 took care of ordinary Americans, not any effort by government. Again, the utter contempt for ordinary Americans perhaps offers a dark element in the thinking of America’s establishment when it comes to possible nuclear war.

Russia is not, of course, a direct threat to neo-con interests, except when it comes to matters like Syria, a deliberately-engineered horror to bring down the last independent-minded leader in the Middle East and to smash and Balkanize his country, parts of which, Israel has always lusted after in its vision of Greater Israel. The coup in Ukraine, which borders along a great stretch of Russia, represented a direct challenge to Russia’s security, offering a place ultimately to be filled with hostile forces and missiles and American advisors—all of which was expected to silence Russia’s independent voice in the world and its ability to in any way thwart neo-con adventures, if not, in the longer-range, savage dreams of some, to provide a platform for the ultimate destruction or overthrow of Russia herself.

Russia’s effective countering with skillful moves in its own interests both in Syria and Ukraine has driven some of America’s establishment to the edge of madness, and that madness is what we see and hear in Europe. Europe is once again being turned into a vast armed camp, and it is now seething with anti-Russian rhetoric, threats, and activities such as huge war games, the largest of which occurred around the anniversary of Hitler’s invasion of Russia, the single most destructive event in all of human history.

America has created deliberately a situation almost as dangerous as the days of the Cuban missile crisis, which itself arose from the American establishment’s belief that it had every right to interfere in Cuba’s affairs.

We have another element, now compounding the danger, in a far greater variety and level of sophistication of weapons, including some nuclear weapons whose controlled yields are regarded by America’s military as being perhaps “usable” in a theater like Europe. The installation of anti-missile systems near Russia is very much part of this threat since these systems not only are intended to neutralize Russia’s capacity for response to a sudden, massive attack but to provide a cover for future covert, easily-done substitution of other kinds of missiles into the launchers, faster-arriving, nuclear-armed missiles which would indeed be an element in such an attack.

Russia, a country twice invaded with all the might of Germany and before that by Napoleon’s Grande Armeé, cannot be expected just to sit and do nothing. It won’t. It cannot.

The world must not forget that America’s military, a number of times in the past, created complete plans for a massive, surprise nuclear attack on what was then the Soviet Union, the last of which I am aware was in the early 1960s, and it was presented as being feasible to President Kennedy, who is said to have left the Pentagon briefing sick to his stomach.

Nuclear war, just as with any other kind of war, can happen almost by accident through blunders and careless acts and overly-aggressive postures. Just let the blood of two sides get up enough, and an utter disaster could quickly overtake us. Constantly decreasing the possibilities for accidents and misunderstandings is a prime responsibility of every major world leader, and right now the United States is pretty close to having completely abdicated its responsibility.