The Haqqanization of the Afghan Taliban 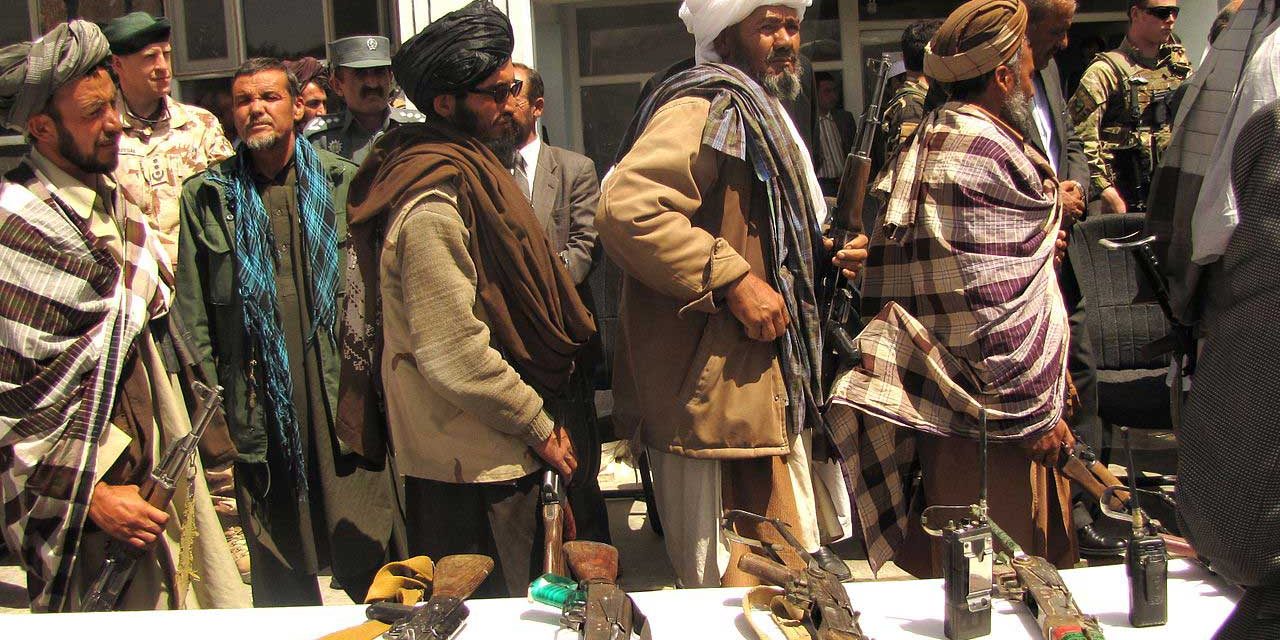 The ascension of Sirajuddin Haqqani into the Afghan Taliban leadership would prolong the Afghan conflict.

In a recent audio message, the deputy chief of the Afghan Taliban Sirajuddin Haqqani, said that the insurgent group is open for negotiation provided that it is held according to the Islamic Sharia principles: “The Islamic Emirate of Afghanistan is not opposed to any talks if they are held in line with Islamic teachings and in accordance with sharia law. The political commission of the Taliban is tasked to deal with the issue of peace and negotiations and if the Taliban were against peace talks, we would have not formed this particular commission. This had been approved and became a consensus decision of Taliban leadership from the very beginning.”

It is believed that Sirajuddin Haqqani was speaking at the gathering of a newly created Taliban commission of Preaching, Guidance and Recruitment. He has reportedly emphasized on continued Taliban resolve to fight the Afghan government and its international partners, while keeping the option of peace talks open in the future. This is the first Taliban gathering after the sudden demise of their late leader, Mullah Akhtar Mohammad Mansur.

Sirajuddin Haqqani, also known as Khalifa among the Taliban circles, is the kingpin of the deadly Haqqani network, who was appointed as the deputy of Maulavi Haibatullah Akhundzada after the former Taliban Chief, Mullah Mansour, was killed in a US drone strike in Baluchistan province of Pakistan on May 21. It is important to note that the statement comes at a time when diplomatic efforts for revival of peace talks between the Afghan government and the Taliban through Quadlateral Coordination Groups GCG have been scuttled by the drone strike that targeted the Taliban leader. However, the first and second round of negotiations which took place in China and Pakistan in 2015 generated hopes for a peace deal that would bring political stability to the National Unity Government. It was also in line with the efforts to put more pressure on the main Taliban insurgency to come to the table and end the Afghan war through peaceful talks.

The Haqqani leader, who has a $5 million US bounty on his head, is widely seen by the US and Afghan officials as the head of one of the most dangerous and sophisticated groups not only within the Taliban insurgency, but also in the region. The group has been responsible for the most bloody high profile attacks in capital Kabul including one that occurred on April in which 64 people were killed.

If Sirajuddin Haqqani is confirmed to become the de facto Taliban leader, overshadowing Akhundzada, it may not only be seen as fitting the only scion of a family who has been famously involved in the last decades of Afghanistan’s bloodshed, but also strengthen the Taliban in terms of effective military operations. This is why the new message underlines the important role of Sirajuddin Haqqani within the Taliban movement and further highlights that the insurgent group has completed the transition of power. It also displays that the Haqqani leader does not see his group as a different entity, but a part of the Taliban unlike many other mainstream Taliban leaders.

Moreover, the Haqqanization of the Taliban movement would not only bring an extra power and sophistication to the Taliban in Afghanistan but also impact negatively the process of peace and negotiations. This is because the group has never accepted peace talks during the last 15 years in spite of numerous failed attempts by the US and Afghan governments. During the last decade, both the US and Afghan authorities have made significant efforts in order to encourage the Haqqanis who constitute the backbone of the Taliban to join the reconciliation.

On the other hand, the integration of the deadly Haqqani network into the mainstream Taliban leadership council which is still a Kandahari dominated group will likely prove more implacable enemy of the Afghan government along with its western allies. Sirajuddin Haqqani as a non-Kandahari who is less famous and perhaps unfamiliar with the landscape of insurgency in the south would possibly struggle to gain the support of Taliban leaders. But it is highly likely the Haqqani leader would dominate the entire movement given his standing and reputation, having successfully integrated his militant faction into the Afghan Taliban.

This development does not bode well for the Afghan government, especially at a time when the Taliban controls more territory than they have since their ouster in 2001. And the hopes of peace talks that the United States was pushing have all but collapsed as insecurity has increased across Afghanistan.

Therefore, the ascension of Sirajuddin Haqqani into the Afghan Taliban leadership would not only prolong the Afghan conflict, but also affect the peace process for a number of reasons. Firstly, the group is considered a terrorist organization by the US State department. For this reason, the prospect of future negotiations with the Taliban under the reins of Haqqanis would be extremely difficult, if not impossible. Secondly, there is the Pakistani factor that comes into the calculation because Sirajuddin is seen as very close to Pakistan’s military intelligence apparatus. The influence from the Pakistani military establishment would be a significant impediment in future peace dialogues given Pakistan’s high demands from Afghanistan. Finally, the Haqqani leader himself has to consolidate his internal power within the ranks of the Taliban. To achieve that, he may have to push for military victory as someone who has a history of effective planning of operations and fund-raising for his militant network over peace talks with Kabul.