Searching for a ‘Responsible Adult’: ‘Is Brexit Good for Israel?’ 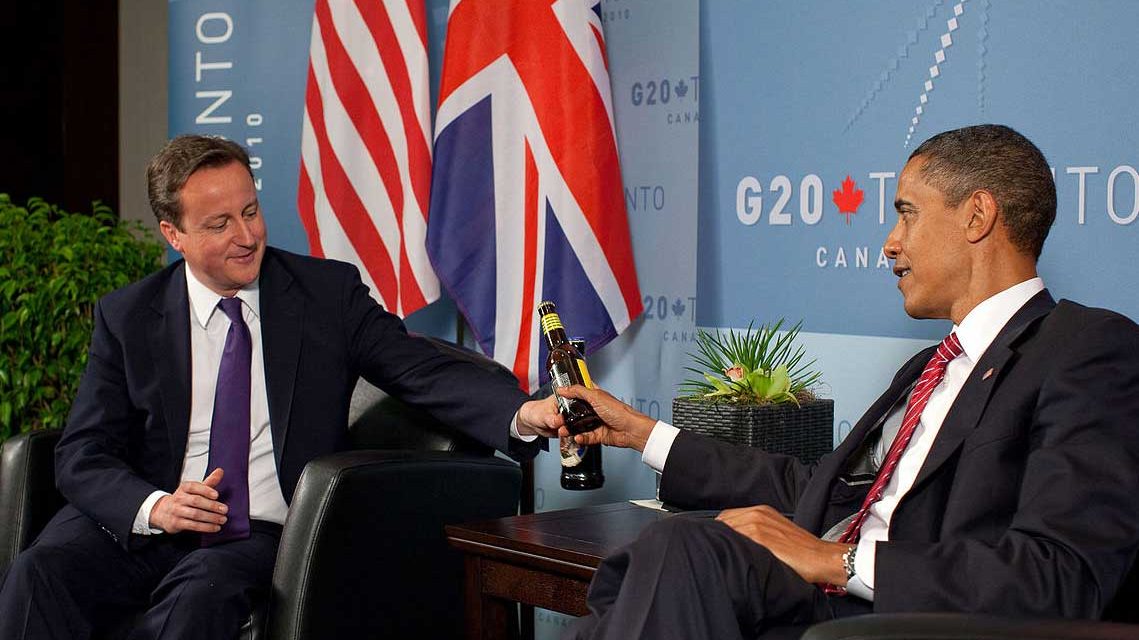 One can only hope that, after Brexit, the efforts of pro-peace countries will work to end Israel’s military occupation and demand justice for Palestine.

After months of anticipation, the United Kingdom has decided to leave the European Union (EU). Although, the results were fairly close—51.9% voted to ‘Leave’ vs. 48.1% elected to ‘Remain’—the consequences of the decision will be far-reaching. Not only will the Brits negotiate their exit from the EU (thus, the term ‘Brexit’) within the next two years, but the decision is likely to usher in an upheaval unwitnessed before in EU history.

But is it good for Palestine?

In the shadow of the so-called Brexit debate, a whole different discussion has been taking place: ‘is Brexit good for Israel’, or as an Israeli commentator, Carlo Strenger phrased it in the Israeli daily Haaretz: “what does (Brexit) mean for the Jews?”

In a last minute pandering for votes, British Prime Minister, David Cameron—who, to his credit, had the dignity to resign after the vote—made a passionate appeal before a Jewish audience on Monday, June 20. He told the Israel supporters in the Charity, ‘Jewish Care’, that staying in the EU is actually good for Israel.

He presented his country as if the safeguard of Israeli interests at the Union. The gist of his message was: Britain has kept a watchful eye on Brussels and has thwarted any discussion that may be seen as hostile towards the Jewish state.

“When Europe is discussing its attitude towards Israel, do you want Britain—Israel’s greatest friend—in there opposing boycotts, opposing the campaign for divestment and sanctions, or do you want us outside the room, powerless to affect the discussion that takes place?” he told the largely Jewish audience.

Predictably, Cameron brought Iran into his reasoning, vowing that, if Britain remained in the EU, his country would be in a stronger position to “stop Iran (from) getting nuclear weapons.”

While the ‘Leave’ campaign was strongly censured for unethically using fear-mongering to dissuade voters, Cameron’s comments before ‘Jewish Care’—which were an extreme and barefaced example of fear-mongering and manipulation of Israel’s so-called ‘existentialist threats’—received little coverage in the media.

Indeed, Britain has played that dreadful role for decades, muting any serious discussion on Israel and Palestine, and ensuring more courageous voices like that of Sweden, for example, are offset with the ardently and unconditionally pro-Israel sentiment constantly radiating from Westminster. Who can forget Cameron’s impassionate defense of Israel’s last war on Gaza on 2014, which killed over 2,200 Palestinians, mostly civilians?

Unequivocally, Cameron, along with his Conservative Party, has been a “staunch ally of (Israeli) Prime Minister, Benjamin Netanyahu,” as described by Israeli commentator Raphael Ahren, writing in the Times of Israel. His love for Israel can also be more appreciated when compared to, also according to Ahren, “current head of the Labour party, Jeremy Corbyn—who is a harsh critic of Israel and has called Israel’s arch-foes Hamas and Hezbollah ‘our friends.’”

Since Corbyn was elected to the helm of the Labor Party with a landslide victory in September of last year, an apparently manufactured controversy alleging rampant anti-Semitism within Labor has taken away from the party’s attempt to refocus its energies on challenging the Conservative’s neoliberal policies, and slowing down the momentum of the ultra-right Independence Party of Nigel Farage.

That contrived ‘crisis’ was largely the work of the Israel lobby in the UK, per the assessment of investigative journalist, Asa Winstanley. It was a ‘witch-hunt’ that reached an unprecedented degree of incongruity. “It has reached such an absurd volume that any usage of the word ‘Zionist’ is deemed to be anti-Semitic,” he wrote, “although, tellingly, not when used by self-described Zionists.”

Indeed, many members of Labor were either themselves involved in that ‘witch-hunt’ or succumbed to its pressure, taking outrageous steps to defend against the unwarranted accusations. As a result, the embattled and disorganized Labor, too, urged its supporters to stay in the EU and they, too, lost the vote.

As for Israel, Brexit meant uncertainty and also opportunity.

The EU is Israel’s largest trade partner, and an economically weaker Union is destined to translate to less trade with Israel, thus financial losses. But Israel has also been sharply critical of the EU, with Israeli leaders making all sorts of accusations against supposed European anti-Semitism, and with Netanyahu himself calling for mass emigration of European Jewry to Israel.

Part of the reason why Tel Aviv has been fuming at the EU is the nuclear agreement with Iran, in which the EU is a co-signatory. The other reason is a decision last November by the EU to impose new regulations on products made in Jewish settlements built illegally on Palestinian land. According to the new guidelines, goods produced in these settlements must be labeled “made in settlements”, a decision that further strengthened calls throughout Europe for boycotting Israel altogether.

That decision, and others, increasingly made the EU appear as an untrustworthy ally to Israel; and precisely because of that, David Cameron desperately tried to sell himself at the last minute before the vote as the vanguard against other allegedly unruly EU members who refuse to play by the well-established rules.

Yet, interestingly, one of the loudest and most fear-mongering groups that campaigned for Britain to exit the EU is ‘Regavim’, a right-wing NGO that advocates on behalf of the illegal Jewish settlements in the Occupied West Bank and East Jerusalem.

Unsurprisingly, ‘Regavim’ used scare tactics by pushing a Palestinian bogeyman into the midst of Britain’s historical debate. Its campaign included a mock video of a masked Palestinian fighter “purportedly from the Hamas-ruled Gaza Strip, urging UK citizens to remain in the European Union because it supports the Palestinians,” reported Al-Monitor.

According to Regavim’s Meir Deutsch, the organization’s aim was to “harm the EU over ‘its intervention in the internal conflict between Israel and the Palestinians.’”

Now that, according to Deutsch’s ruthless logic, the EU is duly ‘harmed’, Israel is seeking another bulwark in the European Union to defend its interests.

Israeli analyst Sharon Pardo, while regretting the loss of a ‘friend’ in the Union, asserted that such a loss is not a ‘catastrophe,’ for the likes of Germany and the Czech Republic are even friendlier than Britain.

Israel is particularly concerned about its status within the EU’s Foreign Affairs Council, now that the UK is leaving. “Germany has good chances of taking the lead here and the fact that Germany is a close ally of Israel will clearly have implications,” according to Pardo, who added, “Germany is the responsible adult here.”

While Israel is likely to move fast to ensure its interests, both financial and political, are protected following Brexit, the Palestinian Authority is likely to move much slower and without a decisive, centralized strategy.

The UK’s departure from the EU might not have an immediate impact on the conflict in Palestine, especially during the coming months of projected upheaval, negotiations and transition; however, it could still offer Palestinians an opportunity for the future.

While pressure must continue to be applied on Westminster to end its unconditional backing of Israel, a possibly friendlier EU without the staunchly pro-Israel Britain, may emerge. The UK’s support for Israel in the Union, and the backing of all American steps in the same direction, has seriously hampered the EU’s chances of being anything but a rubberstamp to US-UK policies not only in Palestine but also throughout the Middle East.

While it is too early to make any significant political forecast following Brexit, one can only hope that the efforts of pro-peace countries such as Ireland and Sweden will be strengthened, and that more such friendly nations will join to rein in Israel for its military occupation and demand justice for Palestine.