A Review of the Documentary Film ‘Roadmap to Apartheid’

South Africa demonstrates that BDS is a valid method to counter occupation and oppression and can provide a peaceful means of resolution to the conflict.

It is curious that the more Israel denies apartheid, and the more other states, such as Canada, “condemn” the BDS movement, the more awareness of the true situation of the Palestinians increases in the general population. 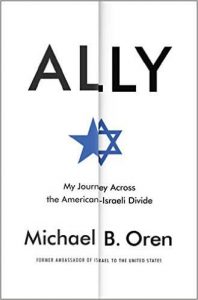 The Israelis know full well the impact that the label “apartheid” and its associated boycott, divestment, and sanctions (BDS) movement had on South Africa. Their denials only reinforce the significance of these events and labels. One prime example derives from former Israeli ambassador to the U.S., Michael Oren in his book Ally (Random House, 2015), an account of his life leading up to but mostly concerning his role as ambassador.

At one point he is discussing all the difficult questions he receives concerning Israeli/Palestinian relations. He answers “All questions remained kosher but two.” Kosher indicates that something is legitimate or admissible for Jewish concerns. One of the questions that is not kosher is “Isn’t Israel an apartheid state just like South Africa?” His red-herring counter argument is that because the Knesset has Arab members as do the armed forces, then how does that “remotely resemble an apartheid state?” That line of argument is disingenuous and would be similar to saying there is no racism in the U.S. because their president is black and so are many members of the military—it is simply an invalid argument.

What Michael Oren really fears is revealed later when he writes, “Terrorism could not defeat Israel, only stain the Palestinians’ reputation and divert global attention from settlements. But a policy designed to isolate, delegitimize, and sanction Israel could bring about its downfall.”

For all that Oren writes from his tribal, uber-patriotic and religious background, he at least recognizes this as a genuine threat. Yes, the “terror” certainly diverted mainstream media attention away from the settlements (good for Israel), but the BDS movement is obviously having an impact on the Israeli government and its sycophantic allies (good for Palestine).

The idea of apartheid and the concept and actions of BDS are fully linked because of the South African experience. The documentary Roadmap to Apartheid (2012) by Ana Nogueira and Eron Davidson highlights the parallels between what happened in South Africa and what is happening in Palestine. Beyond the parallels, the commentators from South Africa indicate that Israel is worse than their situation actually was, and—perhaps more revealing—is that the two countries worked together on military and security resources, up to and including nuclear weapons. 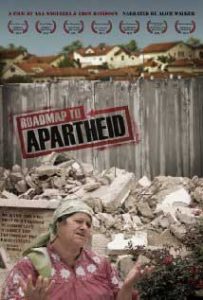 At the beginning of the movie and continuing throughout are powerful visual segments comparing actions in South Africa with near identical actions Palestine. The colonial nature of settlements, the expulsions of indigenous people, the occupation of lands, and the setup of separate areas for the indigenous—the actual apartheid—is well documented. The Boers in South Africa invoked their ‘god given rights’ to the land, and the architecture to enforce that involved passes and blockages to control the native population. Similarly in Palestine there are internal ID cards and over 600 manned checkpoints operating at the discretion of the military. This is informed by the S.A Council of Churches recognizing the continuous checking by military junta duties assigned for the soldiers.

Later in the documentary, the amount of land and its control mechanisms are emphasized. In S.A. 80 per cent of the population—the blacks—lived in bantustans that were theoretically “advanced to independence.” The whites in S.A. controlled over 87 per cent of the land (do the math: 13 per cent land for the 80 per cent population) and described the indigenous population as “foreign natives.” In parallel 90 per cent of Palestinian land is reserved for Jews only with the descriptor applied to the indigenous Arabs as “present absentees.” Both terms are self-contradictory and purely racist in functional terms. The whole idea, as expressed by Ali Abunimah, is to create an “artificial majority.”

In the context of Gaza, the Israelis always say how wonderful they were to remove their settlements from Gaza in 2005. This introduces the “demographic” fear that is counterpart to the “artificial majority”. Returning to Oren’s work and another revealing argument concerning those very demographics: “Israel needed to establish a reality in which the maximum number of Jews would live within Israel and the Palestinians would not be under our rule.”

Thus demographics, settlements, and apartheid are all combined in the demographic fear of simply being overwhelmed by another people’s majority.

Returning to the Roadmap to Apartheid, Gaza is identified as being simply an enormous segregated open air prison, much like the South African bantustans, and their predecessor internment camps. As noted by Jeff Halper, “Prisoners have 95 per cent of the area—the authorities maybe 5 per cent.”

In Gaza, technically, the authorities have 0 per cent of the land, but effectively control its space 100 per cent through closed borders, closed air space, severe sea limits, the destruction of civil infrastructure (sewage treatment plants, power supply, schools, hospitals) and an almost unbelievable caloric mathematical formula that calculates how much food is allowed to go into Gaza in order to create borderline starvation.

In the words of Dov Weissglass, “The idea is to put the Palestinians on a diet, but not to make them die of hunger.” Yes, severe malnutrition is ideal.

Roadmap to Apartheid includes other topics. One of the major ones is the house demolitions in Jerusalem and the ramifications of those actions—and the parallels with S.A. It discusses the military liaisons with the apartheid government of S.A. Also noted are the discriminatory laws for civil life, the control of resources including water and farmland, the purpose of the ‘wall’ to further the segregation and make a contiguous Palestine impossible (thus the bantustans).

The last part of the documentary discusses the overall situation, indicating the lack of symmetry between security and ‘terrorism’ in which an internal and international resistance is up against a “sophisticated structure of oppression.” BDS becomes the most effective way, the peaceful route, to overcoming the oppression. It is a non-violent movement (that ironically has been derided as being ineffective compared to ‘negotiations’) that proved effective in S.A. which has become a different and healthier country (far from perfect due to the dismissing of many ANC goals), including a Truth and Reconciliation tribunal that softened and dissipated much of the anger.

South Africa is a united country. Israel/Palestine is currently a de facto united country, with the possibility of an independent Palestinian state alongside Israel remaining simply as an ideological means to continue establishing “facts on the ground” on Palestinian land. South Africa demonstrates that BDS is a valid method to counter occupation and oppression, and that it can provide a peaceful means of resolution to the conflict.