How They Brainwash Us 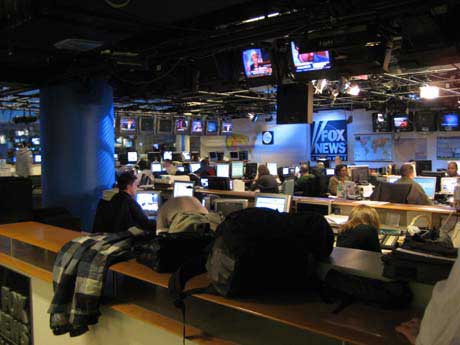 The media's incessant manufacturing of consent for US foreign policies.

Anyone who pays attention to American “news” can see how “news” is used to control our perceptions in order to ensure public acceptance of the Oligarchy’s agendas. 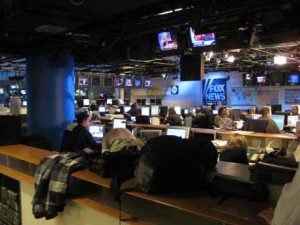 For example, Bernie Sanders just won six of seven primaries, in some cases by as much as 70 and 82 percent of the vote, but Sanders’ victories went largely unreported. The reason is obvious. The Oligarchy doesn’t want any sign of Sanders gaining momentum that could threaten Hillary’s lead for the Democratic nomination.  Here is FAIR’s take on the media’s ignoring of Sanders’ victories.

We can observe the same media non-performance in the foreign affairs arena.  The Syrian army aided by the Russian air force just liberated Palmyra from ISIS troops that Washington sent to overthrow the Syrian government.  Although pretending to be fighting ISIS, Washington and London are silent about this victory on what is supposed to be a common front against the terror group.

It has been left to the Independent, RT, and the Mayor of London to break the silence.

What the Washington/London silence on the victory tells me is that Washington still intends to unseat Assad.  The most likely reason for Secretary of State Kerry’s trips to Moscow is to try to work out a deal in which Washington accepts the defeat of ISIS in exchange for Moscow’s acceptance of Assad’s removal.  The neoconservatives have not lost control of the Obama regime, and they remain committed to removing Assad for the benefit of Israel.  Moscow wants to get along with Washington, and if Moscow is not careful about trusting Washington, Moscow will lose in diplomacy the war it has won.

Yesterday I was stuck in front of Fox “News” for some minutes on both sides of 1:00 PM US East Coast time.  It was one of the blonds and some character presented as a terrorism or ISIS expert.

Yesterday I was stuck in front of Fox “News” for some minutes on both sides of 1:00 PM US East Coast time.  It was one of the blonds and some character presented as a terrorism or ISIS expert.  It seemed to me that the purpose was to prepare Americans for the next false flag attack.  ISIS, we were told, will be branching out and bringing its bombing attacks to America.

All of these bombing attacks have anomalies that the media never notices.  Whatever officials say is reported as factual. How these bombings serve Washington’s agendas is never mentioned.  The bombings often have the same pattern—brothers who conveniently leave their IDs on the scene.  I suppose that having hit on an explanation that worked, the explanation is used repeatedly.

Liberalism has helped to make Western peoples blind by creating the belief that noble intentions are more prevalent than corrupt intentions. This false belief blinds people to the roles played by deception and coercion in governing.  Consequently, the true facts are not perceived and governments can pursue hidden agendas by manipulating news.