Politics Not As Usual: Is This the Age of American Fascism? 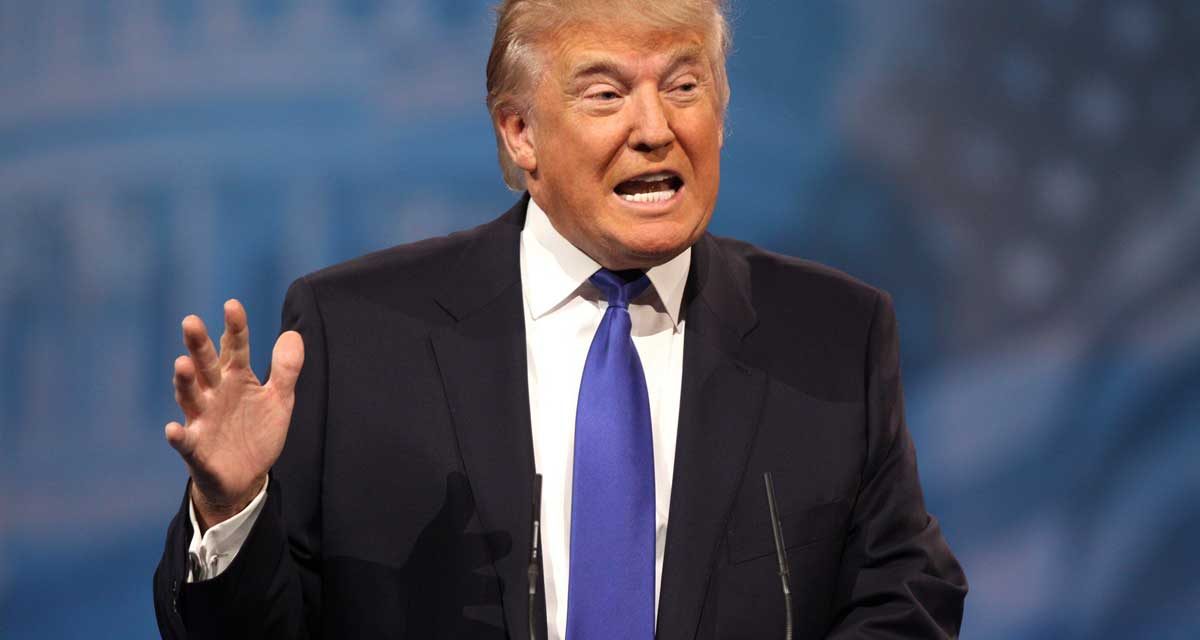 Americans have three choices: a recourse to democratic fundamentals based on equality and common good, outright fascism, or moving to Canada.

Regardless of the outcome of the American presidential primaries, or even the result of the general elections next November, a frightening phenomenon is under way. The US has decidedly moved to the Right, in fact the Ultra-Right; class differences are more pronounced than ever before, thanks to decades of neoliberal policies, the kind of capitalism that has concentrated the wealth in even fewer hands; racism is on the rise and the unmistakable signs of fascism are evident whenever Donald Trump holds a campaign rally.

Not that Trump’s opponents are any less frightening in their rhetoric, but the man who has won 316 delegates in the Republican Party’s primaries has proven to be a liability to a party whose supporters are known for their overt racism and hate speech. Sure, there are many hurdles yet to be overcome, but Trump’s winning streak is already raising alarming questions about the future of the Republicans and the future politics of the entire country.

The fear of the Trump phenomenon should not be confined to a discussion concerning politics, but understood as a reflection of a societal shift, whose roots are many, and are now all converging to steer US politics towards a whole new direction. Even if the Republicans lose the elections, the trend is likely to continue—if not accelerate—under a Hillary Clinton administration, who is loathed by the Republicans and also many Democrats.

In the less likely chance that Bernie Sanders clinches the Democratic Party nomination, the country is likely to experience a political deadlock. Sanders refers to himself as a socialist, although he is not, since he does not call for common ownership of resources. But just the mere reference is likely to result in a political upheaval greater than that caused by Barack Obama’s ascendency to the While House in 2009.

Obama, too, was called a socialist, which for many in the US is considered a swear word, even surpassing the word ‘liberal.’ Of course, Obama was no socialist, either. For one, he bailed out the most corrupt financial institutions in the US following the economic recession, while millions of poor and middle-class Americans lost their homes, pensions and life savings.

Chris Hedges refers to the ongoing American upheaval as “the revenge of the lower classes.” And the blame should be shared by Republicans and Democrats alike, who represented and spoke on behalf of the wealthy elites and the massive corporations, yet differed in terminology that set them apart in language only.

“There are tens of millions of Americans, especially lower-class whites, rightfully enraged at what has been done to them, their families and their communities,” Hedges wrote. “They have risen up to reject the neoliberal policies and political correctness imposed on them by college-educated elites from both political parties: lower-class whites are embracing an American fascism.”

While the roots of the problem, at least among Republican support, can be identified, the alienation and the lack of a unifying vision is generating a terrible backlash:

The rise of political hooliganism is not new, but has finally made a jump from relatively marginal, angry chauvinistic movements, such as the Tea Party, into a mainstream tidal wave.

The twist is that the Tea Party Movement had largely emerged after Obama’s first term in office and was mostly the Republican establishment’s attempt at galvanizing their supporters to defeat any initiatives that aimed at expanding the role of government under the new administration.

It was a political ploy with a specific agenda, and its members were described as a mix of Libertarians and Conservatives although, in reality, it invested in a model of political populism that exploited people’s anger at the collapse of their economy and the short-sightedness of politicians.

That form of popular manipulation backfired, and even the Republican Party establishment is now dumbfounded by the Frankenstein monster it has itself created or, at least, allowed to be born. It is a Republican ‘civil war’ as described by USA Today, and the panic over a Trump nomination is resurrecting old figures from their slumber, all trying to slow down the uncontrollable demagoguery that has afflicted their party.

Former 2012 Republican presidential nominee, Mitt Romney, joined that ‘civil war’ on 3 March as he hurled insults at Trump during a televised speech. He described him as ‘phony’ and ‘fraud’ who will hand over the White House to Clinton. “His promises are as worthless as a degree from Trump University,” said Romney. “He’s playing the American public for suckers: he gets a free ride to the White House and all we get is a lousy hat.”

Of course, Trump fired back with his own colorful language and animated style. Yet, the fact remains: ‘playing Americans for suckers’ is as American as apple-pie, and Republicans who rallied behind the likes of the bizarre duo of John McCain and Sarah Palin in 2008 know this well.

But the fragmentation of the Republicans is not particularly unique in what promises to be a tumultuous and unkind election season. US liberals and some leftists are pulling up their sleeves in anticipation of a prolonged battle for the Democratic Party presidential nomination, as well. The mistrust for Hillary Clinton—who is seen by some as a hawk at a time that a unifying figure is most needed—drove many, especially among the younger generations, to rally behind the Senator from Vermont, Sanders.

Sanders, on the other hand, seems to follow a similar campaign strategy used by Obama. He, too, speaks of hope and change, although with his own unique set of terminology. His promises are also many, but his defeat in the ‘Super Tuesday’ Democratic primaries to Clinton, who snatched victory in seven states leaving Sanders with four, makes some cast doubts on his electability.

Since desperate times call for desperate measures, the anarchist linguistic, Professor Noam Chomsky, is once more calling on voters to cast their vote against Republicans even if that means voting for Clinton in swing states such as Ohio. As for Sanders, Chomsky said in an Al Jazeera interview, “doesn’t have much of a chance.”

Chomsky’s swing state strategy is not new, and he used that same line in previous elections, but the sense that there is a doomsday scenario that will be ushered in if Trump is chosen as the Republican nominee, is likely to be the driving force behind the Democratic supporters.

Yet regardless of the outcomes, the age of populism in American politics has begun and it is not likely to be cast aside to the margins for years to come. The sad reality is that there is little political consciousness that currently defines the attitudes of most Americans outside limited racial, class and tribal-like political ideologies. This leaves Americans with one of three choices, a recourse to democratic fundamentals based on equality and common good, outright fascism, or moving to Canada, as many are currently pondering.

So far, the signs are not promising.