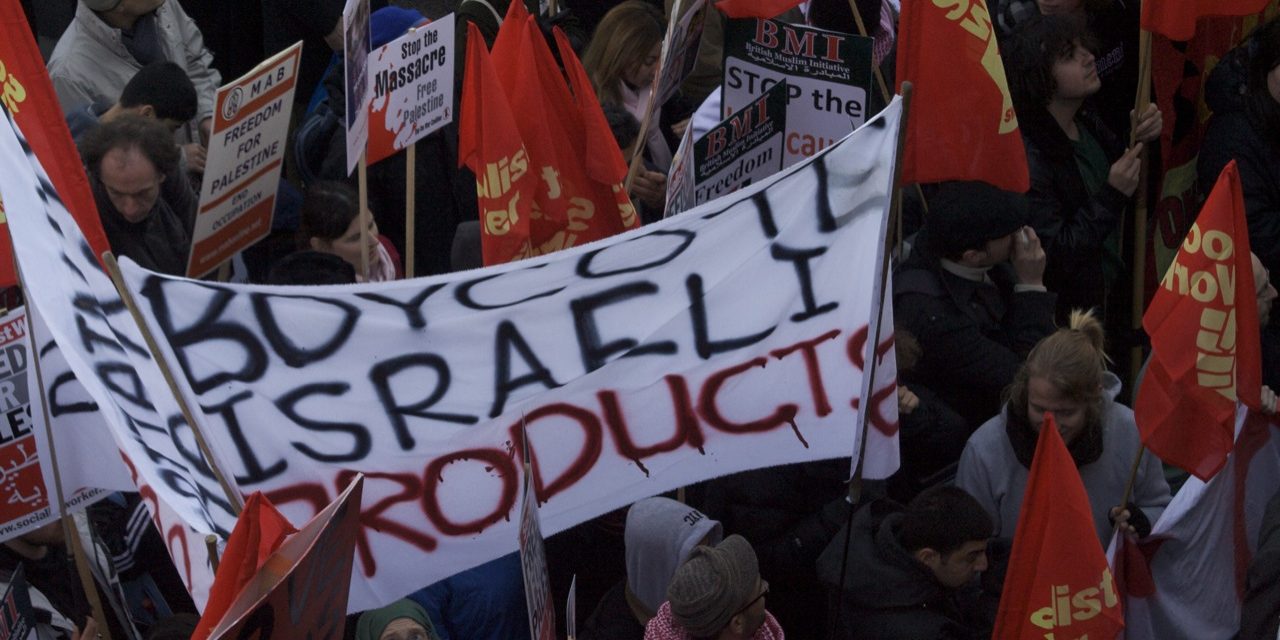 Anti-BDS laws, bills and non-binding resolutions are sprouting like mushrooms in several countries, including the US, Canada, and the UK.

The global BDS (Boycott, Divest, Sanction) movement, now in its eleventh year, has sparked a fierce counterattack by Israel and its lobbies—led in the U.S. by AIPAC (American Israel Public Affairs Committee). The Netanyahu government has reportedly committed 100 million shekels (approximately $26 million) to fight BDS on numerous fronts. The campaign targets academic institutions and legislative bodies at the national, state and local levels.

Indeed, anti-BDS laws, bills and non-binding resolutions are sprouting like mushrooms in both national and local legislatures across several countries, including the United States, Canada and the United Kingdom. The legislative attacks come in the form of:

1.Resolutions in the U.S. Congress and State legislatures that:

(b) Support efforts by State legislatures to enact measures that oppose politically-motivated acts of BDS (H.R. 402);

(c) Require a State board to identify all publically-funded companies that are boycotting Israel (e.g. Florida);

(d) Call on the U.S. administration to increase its voice in international organizations to actively oppose politically-motivated acts of BDS against Israel (e.g. H.R. 402 and H.R. 644);

(f) Condemn the adoption by any institution of higher education or scholarly association of a resolution or policy that restricts any involvement with academic institutions or scholars on the basis of their connection with Israel (e.g. H.Res. 318).

2. Bills now under consideration in the U.S. Congress and State legislatures that would:

(a) Prohibit a State from investing in or contracting with companies that boycott Israel; (e.g. California, Florida, Iowa and Arizona);

(b) Require the public retirement system to divest from businesses that engage in BDS actions   (e.g. Indiana);

(c) Prohibit the funding of colleges and universities that boycott or disinvest from Israel (e.g. NewYork, Illinois, Maryland and Pennsylvania);

(e) Create a blacklist of individuals and organizations that support BDS and prohibit a state from investing in and contracting with any blacklisted organization (e.g. New York);

According to the Jewish newspaper The Algemeiner, Canadian lawmakers are “set to pass a bipartisan bill” that will “condemn any and all attempts” by Canadian entities to support the BDS movement. The UK government has just announced details of its “ethical procurement” restrictions on city councils and universities.

Why all the anti-BDS sound and fury? Because Israel is now feeling the impact (image-wise if not economically) from a worldwide movement that has begun to take hold in the United States.

The Netanyahu government says BDS “delegitimizes the State of Israel,” is “anti-Semitic” and a “war against Israel.” Yet the movement is none of these. It is simply a peaceful tactic to pressure Israel to comply with international law, end the occupation and respect the human rights of Palestinians. BDS says nothing in derogation of Jews or Israel’s right to exist.

Based on questionable legal grounds and policy, the current anti-BDS laws, bills and resolutions have one redeeming value. They reflect the outsized influence of the Israel lobby on Congress, State legislatures and city councils.