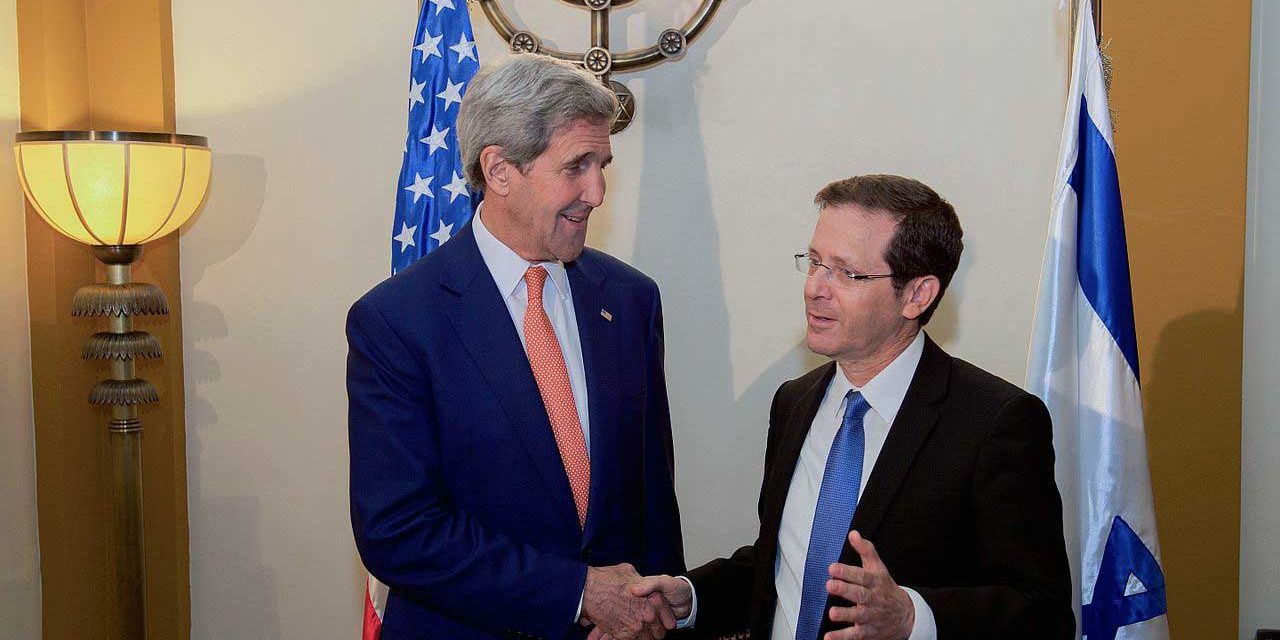 Regardless of who's in power, Likud or Labor, the Israeli government has precluded every chance for peace by rejecting Palestinian self-determination.

The Israeli ‘Right’, as demonstrated by a scary coalition of rightwing nationalists, ultranationalists and religious zealots, deserves all the bad press it has garnered since its formation last May.

But none of this should come as a shock, as the ‘Right’ in Israel has never been anything but a coalition of demagogues that catered to the lowest common denominator in society.  As unlikable as Israeli Prime Minister Benjamin Netanyahu is, he is, in fact, a fair representation of the worst that Israel has to offer, which, over the years, has morphed to represent mainstream thinking.

But Israel has not always been ruled by the right-wingers, and the likes of current Justice Minister, Ayelet Shaked, who has made a habit of calls for extermination and genocide of Palestinians, are relatively newcomers to Israel’s political tussle. In previous Knessets, the likes of her would have been assigned to a neglected seat in the back of the Knesset, along with other lunatics who often mouthed profanities and incessantly called for killing all Gentiles. Tellingly, she is now one of the main centerpieces in Netanyahu’s menacing coalition.

Somehow, this may be of benefit to the wider world.  At least now, many would get to see Israel as the country that it has always been, but which has cleverly hidden its real nature under a mask of liberal façade and ever-touted democratic ideals.  Few, with good conscience, can claim that Netanyahu and his partners—Moshe Yaalon, Naftali Bennet and Shaked, among others—are icons of democracy, any democracy, however lacking. In fact, a new draft in the Knesset, which is in the process of becoming a law, proposes to punish any Israeli organization that dares question Israel’s behavior and undemocratic practices.

Those who are anticipating the supposed liberal democratic forces in Israel to rise against the destructive rightwing machine should also reconsider. Isaac Herzog, the chairman of the Labor Party and head of the Zionist Union coalition is not markedly different than Netanyahu, at least when it comes to issues of substance. At best, he is a true manifestation of Israel’s center-left, double-faced approach to politics. Oddly enough, it is the ‘Right’ that has learned the tricks of the trade from the ‘Left’ in Israel, not the other way around.

In recent comments, Isaac Herzog shouted from the pits of his party’s political irrelevance that he does not “see a possibility at the moment of implementing the two-state solution.” He told Israeli Army Radio that if he is to become a Prime Minister, he would focus on implementing security measures instead of investing in a bilateral agreement with the Palestinians.

While he partly blamed Netanyahu for the failure to achieve the supposedly coveted goal of two states, he also assigned equal blame to the ever-hapless Palestinian leader, Mahmoud Abbas, who has been watching for years as his make-believe world of ‘peace process’ has been collapsing around him, unable to even control his own exit from, or entry to the West Bank without a prior permit from the Israeli army.

However, the issue is far more important than blaming Israel’s hypocritical and cowardly ‘Left’: but, rather, to highlight a dominant myth about the ‘Right’ and ‘Left’ within Israel’s political establishment.

For many years, much of the Western world’s understanding of Israel has been based on a cluster of myths, from the early fables of the Zionists making the desert bloom, to Palestine supposedly being a land without people for a people without land. This intricately constructed and propagated mythology evolved over time, as Israeli hasbara labored to provide a perception of reality that was required to justify its wars, its military occupation, its constant violations of human rights and its many war crimes.

One aspect of the Western perception of Israel is that the ‘Jewish-state’, which is also a ‘democracy’, has been experiencing a long-drawn-out battle between rightwing ideologues, and liberal forces that have labored to preserve Israel’s democratic ideals.

However, such misrepresentations are always grossly at odds with the reality. Take any aspect of Israeli history that many, even in the Western hemisphere, now see as immoral and inhumane—for example, the ethnic cleansing of the Palestinians, the massacres of 1947-48, the racism against Palestinians who remain in today’s Israel after the Nakba, the illegal Occupation of the West Bank and Gaza, the illegal annexation of East Jerusalem, the construction of the illegal settlements, the building of the Apartheid Wall, and, more recently, the wars on Gaza which killed over 4,000 people since 2008. Much of these atrocities have the fingerprints of Labor and their allies.

The fact is that it was the Mapai Party, which was later joined by other supposedly ‘progressive’ forces to form the Labor Party in the 1960s, that has been responsible for most of the bloodletting, ethnic cleansing and illegal practices that have pushed the situation to this degree of desperation.

The rightwing in Israel did not achieve prominence until the late 1970s. Prior to that, Israel was ruled exclusively by Labor governments. Netanyahu’s current rightwing government officials are by no means short of exacting utter cruelty in inhumaneness, and the reality is that this behavior is rooted in a political past. What largely differs between the ‘Right’ and ‘Left’ in Israel is the expression of their political discourses, certainly not the outcomes.

The fundamental reason why some insist on maintaining that myth—of Israel’s ‘Peace Camp’ compared to the ominous ‘Right’—is that they are frenziedly promoting the idea that Israel is still governed by democratic forces, an assumption that allows Western governments the time and space to ignore the plight of the Palestinians. Rightwing leaders like Netanyahu and his coalition partners are an utter embarrassment to Europe—still a major supporter of Israel—and they make it very difficult for the United States to even sustain the charade of its peace process. The West longs for the days when Israel was governed by less belligerent sounding leaders, regardless of their violent agendas.

Labor governments in Israel, whether those that existed in the late 40s and 50s, or those that ruled under the leaderships of Yitzhak Rabin, Shimon Peres, Ehud Barak, etc., never truly showed any genuine sign that ending the Occupation and granting Palestinians a form of real sovereignty was ever on their agendas.

Do not believe the hype. Rabin was given a Nobel Peace Prize after the 1993 signing of the Oslo Accords, despite the fact that Oslo did not give Palestinians sovereignty or the right to self-determination. Instead, it sliced up the West Bank into various zones, ultimately controlled by the Israeli army, and bribed some within the Palestinian elites with phony titles, VIP cards and mounds of money to play along.  Rabin was killed by a Rightwing Jewish zealot because, as far as the religious and ultranationalist camps in Israel were concerned, even such ‘concessions’ as a Palestinian flag and a national anthem, among other symbolic ‘achievements’ offered to the Palestinians by Oslo, were still considered a taboo.

So, when Herzog threw his hand in the air and postponed any discussion of a ‘two-state solution’ that has been dead and buried for years now, it was not a sign that Labor had given up or that the level-headed Herzog is officially fed-up with the shenanigans of Netanyahu and stubbornness of Abbas. It is a mere contribution of the ‘good Labor-bad Likud’ routine that the Israeli ruling class have played for decades.

The great irony, though, is that the destruction of the ‘two-state solution’ myth was the predictable outcome of the illegal Jewish colonies in the Occupied Territories, which were, interestingly enough, the backbone of the Labor Party policies following the illegal Occupation of what remained of historic Palestine after the war of 1967.

At the time, rightwing forces were too insignificant to merit mention. Only the Labor reigned supreme, which single-handedly took over Palestine and precluded every chance for a lasting peace.