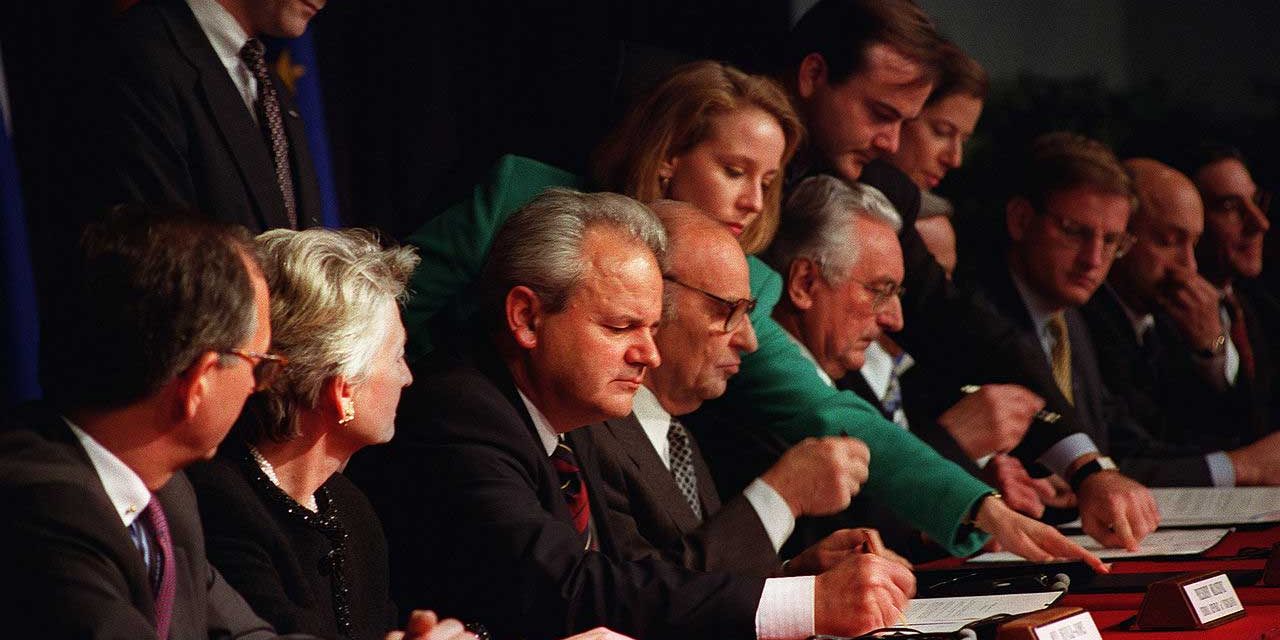 Today, two decades have passed, but the shadow of the 1990s conflict still lingers.

Back in the early 1990s, a war broke out in Bosnia and Herzegovina. Over 100,000 people lost their lives, and over two million were displaced. Rape, prison camps and genocide of Bosnian Muslims became common during the war, and it would eventually be marked as the worst conflict in Europe ever since the end of the Second World War.

Peace was established on November 21, 1995, as part of the General Framework Agreement for Peace, commonly known as the Dayton Accords. Formally signed on December 14 of 1995, the Dayton Accords are remembered today as an unfair treaty that ended the war but preserved the hostilities.

The war in Bosnia and Herzegovina was started as a series of mass atrocities against Bosnian Muslims, and it was fueled by the indecisiveness of the UN and NATO, and the bias of the European Union. In fact, to prevent themselves from being killed, Bosniaks repeatedly sought the lifting of the arms embargo. With the arms embargo in effect, the Bosniaks had no means of self-defense against the heavily armed and well-equipped Serbian and Croatian armies.

However, members of the European Union constantly refused to adjust or eliminate the arms embargo, thereby leaving the people of Bosnia and Herzegovina without any medium of self-defense. As Taylor Branch noted in his famous book, “The Clinton Tapes”, Europe was more than pleased to see Bosnian Muslims being massacred by the Serbs and Croats:

That an independent Bosnia would be “unnatural” as the only Muslim nation in Europe.

President Francois Mitterrand of France had been especially blunt in saying that Bosnia did not belong, and that British officials spoke of a painful but realistic restoration of Christian Europe.

After all, in Europe, Islamophobia and racism is not a recent phenomenon.

The situation went out of hand in the year 1995, when the Srebrenica Massacre took place. It was a planned genocide, wherein over 8,000 Bosnians were killed, and over 40,000 people were expelled from a UN “safe zone”, that was supposed to be protected by Dutch peacekeepers. To make matters even worse, the Western powers, as per declassified US documents, were aware of the fact that Serbs were planning to attack Srebrenica.

Following the Srebrenica incident, NATO launched a bombing campaign in the region, and eventually, the momentum shifted in favor of ceasefire. Peace negotiations in Dayton, Ohio (USA) led to the Dayton Accords, signed between Franjo Tudjman, the president of Croatia, Slobodan Milosevic, the president of Serbia, and Alija Izetbegovic, the president of Bosnia and Herzegovina.

Milosevic would later get the recognition he deserved and be tried as a war criminal, but for certain Serbs, he remains a war hero even today.

The Dayton Accords ended the war, but failed to eliminate hostilities. In fact, it was an unfair treaty, simply because the parties involved had their own share of flaws. The Bosnian delegation lacked unity and a common goal— definitely not a surprise; after all, if Muslim entities were united, none of the Western atrocities would have happened in the first place! The Serbian delegation, led by Milosevic, had no interest in peace and just wanted to get away with their crimes. The Croatians, on the other hand, couldn’t care less about their neighbors. As noted by Richard Holbrooke, Chief of the American delegation at Dayton:

Each of the parties challenged the prospects for success in their own way: the Bosnians were disorganized, Milosevic dishonest, and Tudjman disengaged.

Following the Dayton Accords, Bosnia and Herzegovina was divided in two parts: nearly 51% of the territory was given to the Federation of Bosnia and Herzegovina, whereas 49% of the territory went to Republica Srpska. Quite naturally, the Accords failed to do justice: the establishment of Republica Srpska meant that a new entity was created that was based on genocide and ethnic cleansing of innocent people. By bowing before the demands of Milosevic and creating Republica Srpska, the creators of Dayton Accords overlooked the crimes of genocide and simply rewarded the criminals.

Today, two decades have passed, but the shadow of the 1990s conflict still lingers. Heterogenous co-existence is unheard of in the region, and nationalist and communal tensions are still rampant.

However, an element of credit should be given to the Dayton Accords. Back then, the war would not have ended in the absence of the Accords. Plus, today, in spite of ethnic polarization, Bosnia and Herzegovina is still one united state. The future cannot be predicted, and while ethnic, regional and communal tensions still exist, prospects of peace are not fully weak either.