What Next After Paris? 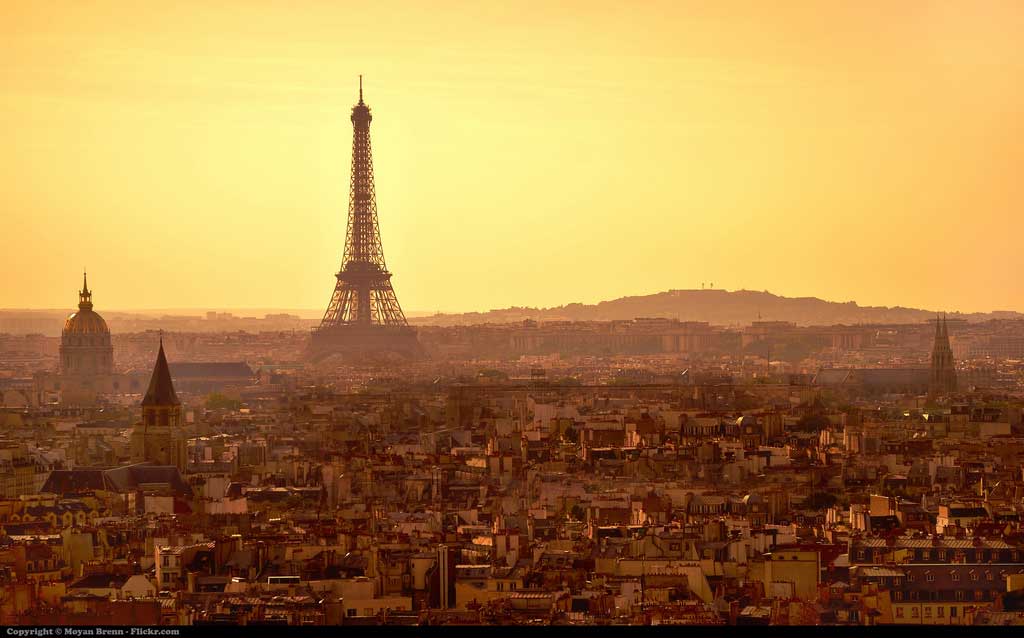 Paris at sunset from the Notre Dame cathedral (Moyan Brenn/CC BY 2.0)

While the outrage at the inhumanity of these attacks is certainly understandable, rage is not a strategy.

In the days since the horrific terrorist attacks in Paris, Egypt and Beirut, politicians and pundits have filled the media with angry statements and threats. French President Hollande responded to the attacks by declaring war on ISIS and stepping up aerial bombing of ISIS sites. U.S. presidential candidates proposed banning Syrian refugees from entering the U.S. and deporting those who are here, closing mosques, forcing Muslims to carry ID cards, deporting Muslims, expanding the already intrusive surveillance system and invading Syria.

While the outrage at the inhumanity of these attacks is certainly understandable, rage is not a strategy.

Following the 9/11 attacks, the U.S. let anger dictate the response. The subsequent invasions of Afghanistan and Iraq were not only costly disasters, but did not solve the problem of radical Sunni Muslim jihadist threats to security. If we are to learn the lessons of history, now might be a good time to ask and answer some important questions:

1. Who were the perpetrators of the attacks? While the investigation is in its early stages, the information that we have now indicates that one, maybe two, were Syrian immigrants who entered the EU through Greece, posing as refugees. The rest of the attackers were French nationals living in France or Belgium. Some were of Algerian extraction. Based on the sophistication of the attacks and the social media claims by ISIS, it is likely that they were inspired by and given technical and financial assistance by ISIS.

2. Why did they do it? While I don’t pretend to have an inside track into the minds of ISIS leaders, it is possible to draw some conclusions from recent events in the Middle East. From its founding as a separate entity from al-Qaeda, ISIS has focused on conquering and holding territory rather than using high profile attacks to draw western forces into the region where they could be defeated. Over the last year, the Obama administration’s strategy of harassing ISIS from the air and relying on local and regional forces to do the heavy lifting on the ground has made progress. The aerial attacks combined with the efforts of Iraqi and Syrian forces augmented by Iran’s Quds force and Hezbollah have managed to stem the advance of ISIS. The entry of Russia with its singular focus on keeping the Syrian government in place and its ability to better coordinate with Iran, the Syrian Arab Army (SAA) and Hezbollah has been a game changer. ISIS has been pushed out of some areas and increasing numbers of fighters are fleeing. These attacks in Paris, Egypt and Beirut are a sign of weakness and not strength.

3. What did they intend to accomplish? Terrorism is designed to terrorize and to lead to bad decisions on the part of the targets.

4. What is the best way to respond? Europe’s problem is not in Syria – it is in Europe. Europe has to deal with its large, alienated, marginalized and ghettoized Muslim population that is ripe for radicalization. This is a long-term, complicated problem. Unfortunately, political leaders of democracies don’t do “long term” and “complicated” well. For the U.S., the current strategy seems to be working. Obama needs to stay the course while increasing cooperation with Iran and Russia and working on a political settlement for the Syrian Civil War. Whatever the faults of the U.S. immigration system, the U.S. does a much better job of integrating immigrants into the fabric of society than does Europe. Following the advice of those advocating for a radical response would create our own marginalized, angry, Muslim population ripe for radicalization and would be a mistake.

As one former ISIS official told al-Monitor, a Middle East news website, “If you really want to finish IS, you need to address people’s concerns, let the sheikhs talk to youths and stop making big mistakes.”

This article was originally published at DonLiebich.com and has been used here with permission.