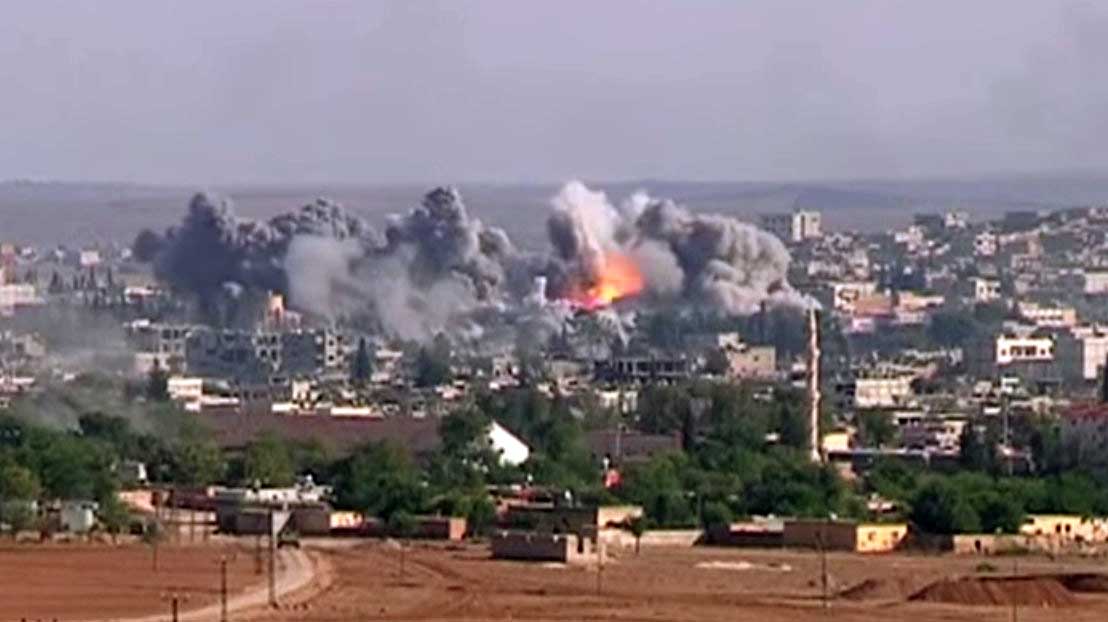 A military response to the Paris attacks will most likely serve the perpetuation and escalation of the conflict.

The events in Paris are unquestionably an abomination. A friend commented that this is France’s 9/11. Yet the response of media and public opinion is ominous. No one should condone such terror. But, we should try to maintain our objectivity and to carefully evaluate the complex history behind the events. We also should try to consider a full array of policy responses to these events from a perspective of enlightened and humanitarian goals for our shared future.

Samuel Huntington, some will say, predicted this “clash of civilizations”.  Alternatively, one may ask whether the historian’s work was prophetic or whether policies on all sides have become self-fulfilling prophecies. From my personal perspective, what comes to mind is a verse from one of Donovan’s songs, I stand here with a fading dream.

As a starting point we need to analyze the historical context and to consider the facts. After World War I, France and the United Kingdom carved up the Middle East into spheres of influence. These continuing colonialist policies failed to create stable nations, if indeed that was ever a goal. After World War II, as nation states across the world increasingly gained independence, the world powers resisted independence for Arab Nation States. The founding of Israel was a cornerstone of US policy in the region, while the indigenous Palestinian population was denied self-determination. Instead Palestinians were forced from their land and left for decades in refugee camps in Lebanon and Jordan.

We can continue this list right up to the present. The US and UK invaded Iraq on entirely false pretenses, despite the fact that the UN efforts to inspect Iraq for WMD had failed to discover anything. More recently, the West hijacked the Arab Spring to promote its own goals of regime change in Libya and Syria. Both of these interventions entailed aerial bombing and the supply of guns to local militias. The result is ongoing civil war in both countries.

The initial mobilization of Islamic resistance fighters took place in Afghanistan as a proxy war against the Soviet Union following its coup attempt and later occupation of that country. The financial support given to those Islamic revolutionaries lit a fuse which has continued to burn across the Muslim world. And the initial support for these groups was provided by the US, Saudi Arabia, and Pakistan.

The historical context that I have just briefly presented here is a simple list of facts—inconvenient facts for those in the West who are calling for war. The war didn’t begin with 9/11 or with the Paris terrorist attacks. It began decades ago, and western powers were the perpetrators, the instigators. Acknowledging this is not an attempt to condone terror as a method of resistance. Rather it is an attempt to counter knee-jerk reactions that would support a continuation of failed policies, illegal military intervention by the West in the Middle East.

Since Israel’s founding, violence has prevailed in the Middle East. Initially, neighboring Arab States tried to face Israel with conventional armies. That attempt failed and resulted in additional loss of territory and eventually an uneasy detente between Israel and its neighbors. Within Israel and the territory occupied during the ‘67 war, the world has witnessed an escalating war of resistance vs the Israeli State. The response from Israel has been to progressively enforce apartheid policies, while continuing to build illegal settlements on occupied territory. The response on the Palestinian side has been resistance through intifada and activity the Israelis and most in the West term terrorist attacks. In parallel, Israel has pursued a policy of targeted killings and repeated military offensives on Gaza and Lebanon (Noam Chomsky quite rightly calls this State terror).

There is little question that the efforts to reach a peaceful solution to the conflict in Palestine have been half-hearted. It is also clear that Israel prefers either no solution or only a solution which is entirely on its own terms. Since the Afghan conflict, the first Iraq war, the invasion of Iraq and the policy of regime change in Libya and Syria, what we are witnessing is an expansion of the Palestinian-Israeli conflict to include the entire Arab world and the Western powers.

Furthermore the methods of warfare are one and the same. The West is employing targeted assassinations, aerial bombardment and military incursions. The Arab resistance is employing terror tactics and is bringing the war to the West. So once again we are witnessing a contest of State terror vs resistance terror. Again, acknowledging this as a fact is not an attempt to condone terrorism.

We need to recognize though that a military response to the Paris attacks will most likely serve the perpetuation and escalation of the conflict. By supporting the military option we may end up in a situation similar to that of Israel; no solution, rather perpetual war and terror.

We must consider policy options more carefully, more wisely. In doing so we also need to reflect upon other aspects of the problem. There are demographic and economic issues that we need to consider here as well. The West has an aging population. In the near future the West will have to face a twofold challenge: The collapse of state pension funds and a labor crisis for industry in the West. Industries which have production facilities in the West are faced with the choice of moving production off shore, pushing their governments for more open immigration policies or opting for full scale automation of production.

An interesting observation here is that both problems, industrial production and pension programs, could be mitigated through open immigration policies. But there is a catch to such a policy response. Popular opinion is not in favor or such a solution and the evidence on the ground suggests that Western societies are incapable of integrating Muslim immigrants. Remember the Paris riots?

Across the Arab peninsula and North Africa we observe a clear, mirror image of the problem within the West. Demographically there is a population bulge of young people, who face no or at best poor economic opportunity. In addition, these young people now face political instability, civil war and the West’s bombing campaigns. Given these facts their only realistic course is to try to emigrate to countries where they may find opportunity. We can argue ad infinitum over the cause of low economic growth in the developing world. But allow me to suggest that the problem has wide joint ownership. The Arab governments certainly share some of the blame as do the economic policies of Western governments. The UN and development banks have for decades talked about the problem, but have utterly failed to develop successful policies to promote sustainable growth.

Europe needs to analyze the failure of past policies, both economic and military, before rushing into an escalation of military conflict. As I noted earlier, the military response is most likely to result in permanent war and terror. It will also result in continued, massive migration from the Middle East to Europe. The pressure of migration in turn will result in calls for the end of Schengen and further centrifugal force toward the breakup of the Union itself.

The terror attacks in Paris were an abomination, but the rational response to our trauma is not a call for revenge or war. Despite the frightening number of casualties, Western civilization is not in imminent danger. Thousands more innocent civilians have been killed across the Muslim world by Western bombs than by the terror attacks within the West—this is but one more inconvenient fact. Unfortunately, though popular opinion fed by mass media sensationalism and misguided political leaders is leaning toward the wrong policy response. As another friend said, this is just going to lead to more racism and madness.

A version of this article was originally published at David Hillstrom Views, and it has been used here with permission.