The Rise of the Inhumanes 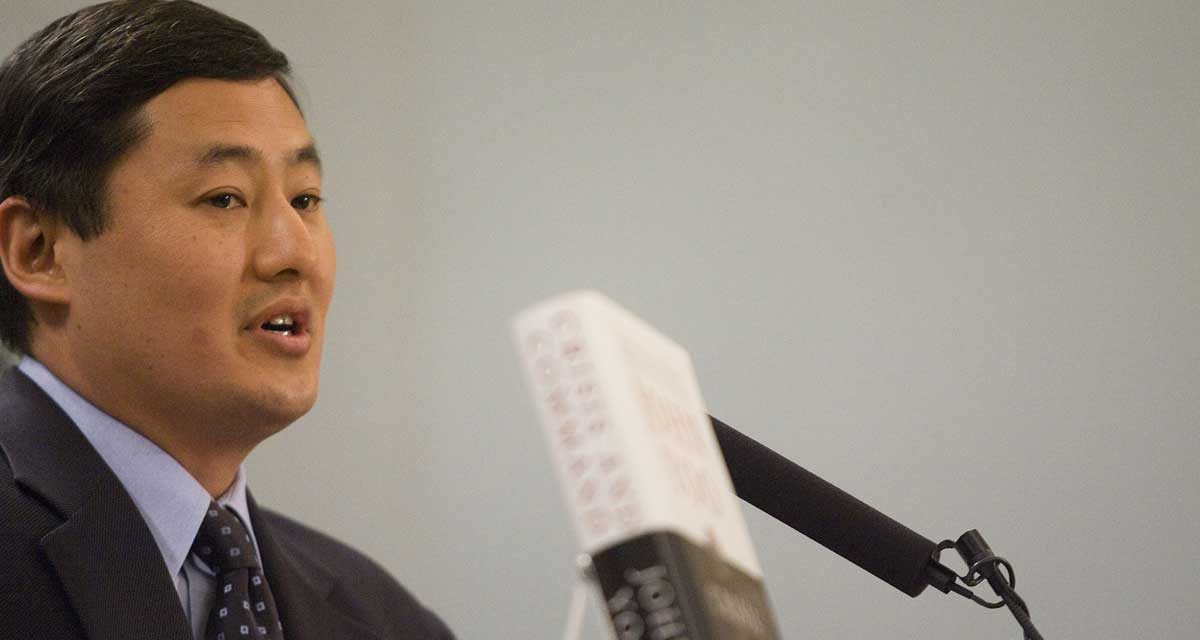 Try to imagine what has happened to America when Harvard and Berkeley law professors create legal justifications for torture.

America’s descent into totalitarian violence is accelerating. Like the Bush regime, the Obama regime has a penchant for rewarding Justice (sic) Department officials who trample all over the US Constitution. Last year America’s First Black President nominated David Barron to be a judge on the First US Circuit Court of Appeals in Boston.

Barron is responsible for the Justice (sic) Department memo that gave the legal OK for Obama to murder a US citizen with a missile fired from a drone.  The execution took place without charges presented to a court, trial, and conviction. The target was a religious man whose sermons were believed by the paranoid Obama regime to encourage jihadism.  Apparently, it never occurred to Obama or the Justice (sic) Department that Washington’s mass murder and displacement of millions of Muslims in seven countries was all that was needed to encourage jihadism. Sermons would be redundant and would comprise little else but moral outrage after years of mass murder by Washington in pursuit of hegemony in the Middle East.

Barron’s confirmation ran into opposition from some Republicans, some Democrats, and the American Civil Liberties Union, but the US Senate confirmed Barron by a vote of 53-45 in May 2014. Just think, you could be judged in “freedom and democracy America” by a fiend who legalized extra-judicial murder.

While awaiting his reward, Barron had a post on the faculty of the Harvard Law School, which tells you all you need to know about law schools.  His wife ran for governor of Massachusetts. Elites are busy at work replacing law with power.

America now has as an appeals court judge, no doubt being groomed for the Supreme Court, who established the precedent in US law that, the Constitution notwithstanding, American citizens can be executed without a trial.

Did law school faculties object?  Not Georgetown law professor David Cole, who enthusiastically endorsed the new legal principle of execution without trial.  Professor Cole put himself on the DOJ’s list of possible federal judicial appointees by declaring his support for Barron, whom he described as “thoughtful, considerate, open-minded, and brilliant.”

Once a country descends into evil, it doesn’t emerge. The precedent for Obama’s appointment of Barron was George W. Bush’s appointment of Jay Scott Bybee to the US Court of Appeals for the Ninth Circuit. Bybee was John Yoo’s Justice (sic) Department colleague who co-authored the “legal” memos justifying torture despite US federal statutory law and international law prohibiting torture.  Everyone knew that torture was illegal, including those practicing it, but these two fiends provided a legal pass for the practitioners of torture.  Not even Pinochet in Chile went this far.

Bybee and Yoo got rid of torture by calling it “enhanced interrogation techniques.”  As Wikipedia reports, these techniques are considered to be torture by Amnesty International, Human Rights Watch, medical experts who treat torture victims, intelligence officials, America’s allies, and even by the Justice (sic) Department.

Others who objected to the pass given to torture by Bybee and Yoo were Secretary of State Colin Powell, US Navy General Counsel Alberto Mora, and even Philip Zelikow, who orchestrated the 9/11 Commission coverup for the Bush regime.

After five years of foot-dragging, the Justice (sic) Department’s Office of Professional Responsibility concluded that Bybee and his deputy John Yoo committed “professional misconduct” by providing legal advice that was in violation of international and federal laws. The DOJ’s office of Professional Responsibility recommended that Bybee and Yoo be referred to the bar associations of the states where they were licensed for further disciplinary action and possible disbarment.

But Bybee and Yoo were saved by a regime-compliant Justice (sic) Department official, David Margolis, who concluded that Bybee and Yoo had used “poor judgement” but had not provided wrong legal advice.

So, today, instead of being disbarred, Bybee sits on a federal court just below the Supreme Court. John Yoo teaches constitutional law at the University of California, Berkeley, School of Law, Boalt Hall.

Try to imagine what has happened to America when Harvard and Berkeley law professors create legal justifications for torture and extra-judicial murder, and when US presidents engage in these heinous crimes.  Clearly America is exceptional in its immorality, lack of human compassion, and disrespect for law and its founding document.

Hitler and Stalin would be astonished at the ease with which totalitarianism has marched through American institutions.  Now we have a West Point professor of law teaching the US military justifications for murdering American critics of war and the police state.

William C. Bradford, the professor teaching our future military officers to regard moral Americans as threats to national security, blames Walter Cronkite for losing the Tet Offensive in the Vietnam War by reporting the offensive as an American defeat.  Tet was an American defeat in the sense that the offensive proved that the “defeated” enemy was capable of a massive offensive against US forces. The offensive succeeded in the sense that it demonstrated to Americans that the war was far from over. The implication of Bradford’s argument is that Cronkite should have been killed for his broadcasts that added to the doubts about American success.

The professor claims to have a list of 40 people who tell the truth who must be exterminated, or our country is lost. Here we have the full confession that Washington’s agenda cannot survive truth.

I am unaware of any report that the professor has been censored or fired for his disrespect for the constitutionally protected right of freedom of expression.  However, I have seen reports of professors destroyed because they criticized Israel’s war crimes, or used a word or term prohibited by political correctness, or were insufficiently appreciative of the privileges of “preferred minorities.”

What this tells us is that morality is sidetracked into self-serving agendas while evil overwhelms the morality of society.

Barron, Bybee, Yoo, and Bradford are members of a new species—the Inhumanes—that has risen from the poisonous American environment of arrogance, hubris, and paranoia.