Shifting Priorities: The Rise and Fall of Arab Revolutionary Discourse 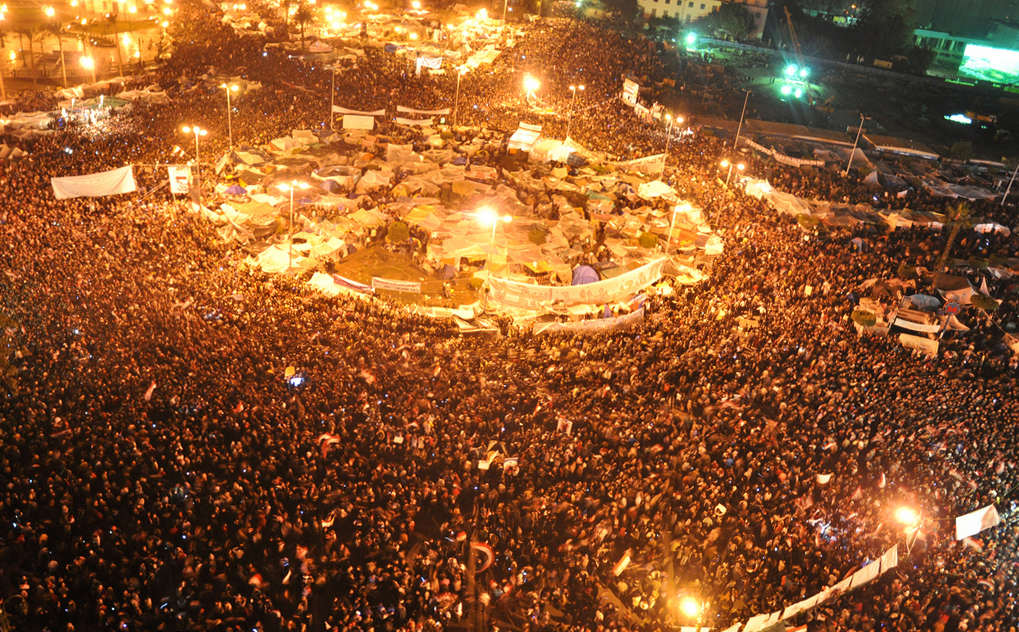 The people who revolted in the so-called “Arab Spring” are now again marginalized.

Strange how intellectual discussion concerning the so-called “Arab Spring” has almost entirely shifted in recent years—from one concerning freedom, justice, democracy, and rights in general, into a political wrangle between various antagonist camps.

The people, who revolted across various Arab countries are now marginalized in this discussion, and are only used as fodders—killers and victims—in a war seemingly without end.

But how did it all go so wrong?

There was once a time when things were so simple, so easy to understand and explain: People, who were long oppressed, revolted against their oppressors (Arab regimes) and benefactors (western powers).

Unable to effect change using peaceful channels—for Arab civil societies either did not exist or were tightly controlled—Arab masses took to the streets, each nation with a unique struggle of its own yet united around a set of basic demands.

In fact, in the early months of 2011, Arabs united briefly. A sense of nationhood emerged, from the blood and dust of revolutions, where Arab masses attempted, at least symbolically, to define who they are as nations first, and then their larger identity as Arabs.

It all started with “Al-Shaab yurid isqat al-nitham”—’the people want the overthrow of the regime!’ That much was clear. Hate for oppressive, authoritarian regimes that stifled freedoms and deprived the people from their countries’ wealth and natural resources was the unmistakable priority, which was often reduced to the term ‘Irhall’, meaning ‘Leave.’

‘Irhall’ was beyond empowering. Imagine, millions of poor people standing in the main squares of their cities, some in tattered clothes, others hungry, fatigued, teetering between hope and despair, all chanting at once in a thundering voice: “Irahal!”—just ‘Leave’. And they, the dictators, began leaving, one after the other.

Emboldened by their ability to effect real change, the narrative of the Arab revolutions evolved and matured. Symbols of Arab unity—attempting to unify a common Arab goal—began taking shape, where Tunisia, Cairo and Sana’a raised the same flags and articulated, more or less the same demands.

Symbols of unity between Christians and Muslims also began to transpire, despite attempts by regimes to sow the seeds of division. This was demonstrated more in Egypt, but other societies reflected on their unity as well, challenging tribalism, regionalism, sectarianism, and all the divisive ‘isms’ that crippled Arab nations for generations.

With time, other narratives also came to the fore, expressing deep-seated grievances and injustices, ranging from women’s rights to access to education and the equal distribution of wealth.

Through that phase of the “Arab Spring”, television debates, newspaper articles and social media discussions labored to match the narratives imposed by the Arab collective, who chanted and protested long enough to place their agenda on everyone one. And the media took notice, as its own narrative also evolved from ‘regime change’, to general references to ‘freedom’, ‘democracy’ and finally to ‘development’—all becoming Arabic buzzwords throughout national and pan-Arab media.

Things were rather simple then, if not a tad naïve, as well. The general assumption was that, once Egypt’s Tahrir Square was cleared of the evidence of revolution and Libya was cleansed of the war machinery and ordnances (for, thanks to NATO, a regional uprising in Libya morphed into a most deadly war), the countdown for a lasting democracy and economic development would begin to take shape.

Of course, history is not shaped by wishful thinking or even good intentions. It would take much more than a chant, no matter how powerful, or a slogan, no matter how expressive, to reverse vicious cycles of corruption, poverty and authoritarian rules that have lasted the entirety of modern history.

In almost every single post-Arab revolt scenario, the responsibility of guiding these nations back to the path, political and economic recovery was handed back to the very elites that either previously ruled or co-existed and benefited from the very dictators who were, supposedly, overthrown.

It was an interesting and strange spectacle to see the revolutionary momentum in each rebelling Arab country coming to a sudden halt, or change directions all together. Egypt was a prime example of these contradictions. It was not the lack of fervor or passion about these revolutions but rather the innocent and naive assumption that the ruling elites would design a system of equitable economic opportunity and economic transparency, all on their own.

The flimsy transitions that defined every Arab revolutionary experience were all that the old regimes and their benefactors needed to regain initiative and reverse the gains, however symbolic of the Arab masses. It was telling that British Prime Minister, David Cameron was the first foreign Head of State to visit Egypt after the January 25 Revolution (only ten days after Hosni Mubarak was overthrown), since he was also joined by representatives of major arms dealers and military contractors. He came to offer weapons to Egypt’s military rulers, which was the last thing that poor Egypt needed at the time.

It is also quite rational to also read recent headlines such as ‘Kerry Sees Improved Egypt Ties Despite Human Rights Tensions’, as Bloomberg reported on US Secretary of State, John Kerry’s visit to Cairo on August 2, also offering fighter jets and other weapons.

The “Arab Spring” has not, as of yet, achieved any of its objectives, for neither bread is available in abundance, nor is freedom any closer, nor is social justice at hand. It did, however, energize Arab elites, armies and regimes, which became more aware than ever before of their own vulnerabilities.

Fear is now gripping most Arab countries which once thought of themselves as invincible and of their own people as forever docile. That realization has resulted in a massive regional conflict and political realignments, which has turned every single Arab popular revolt into a regional conflict or war that crossed borders, inspiring extremist groups and inviting yet more western intervention and war.

The Arab world, and the Middle East, in general, has not experienced such a major geopolitical upheaval since the early 20th Century, when Ottoman territories were divided among old colonial European powers, all the way to War World II. The outcome of this upheaval is likely to be as earth shattering as these past experiences, if not more, due to the popular element in these conflicts.

But one of the most defining shifts of “Arab Spring” priorities is the reversal of the narrative from its basic, innocent, unifying, empowering and popular articulation, into a complicated, cunning, disuniting, disempowering and elitist one, where the people do not matter, in the least.

Language is an essential tool, if one aims to understand political priorities of any historical phase situated in time and place. The language at work in the Middle East is one that speaks of a conflict between regional rivals, utilizing sects, tribes and religions to achieve political objectives. As for the people, they are increasingly pushed back to the margins, only to emerge briefly when state ceremonies compel them to wave flags that long ceased to hold much national meaning, and posters of rulers—smiling, triumphant and, as ever, brutal.