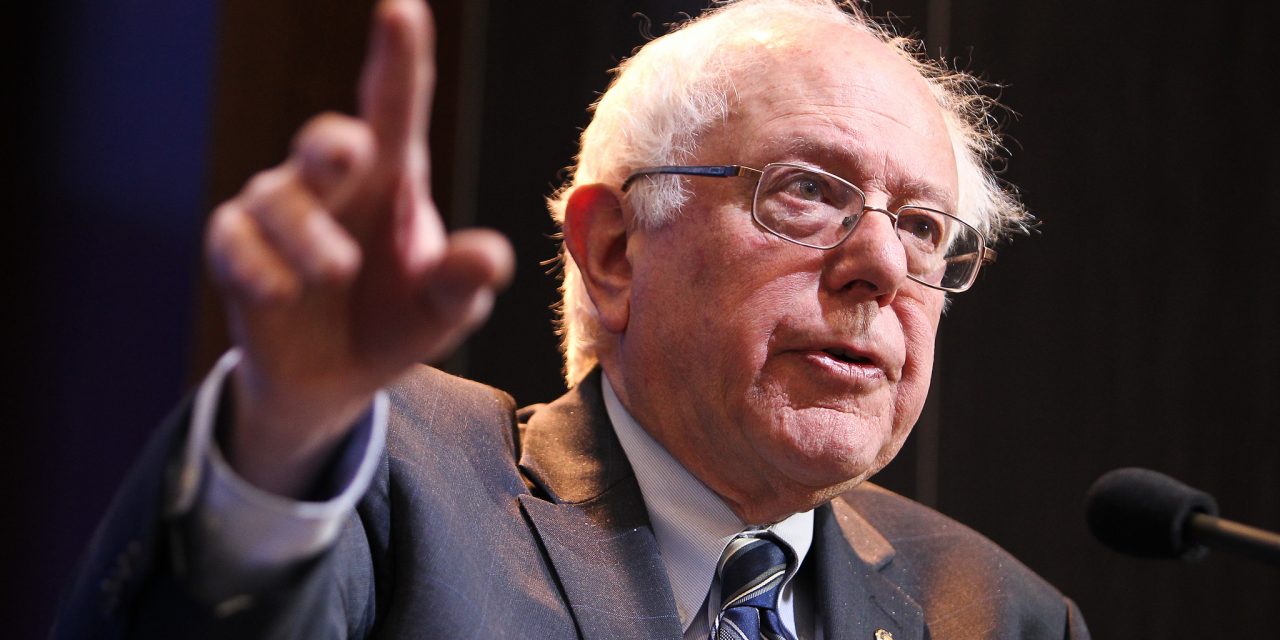 Being less distasteful on these litmus issues than the Republicans is not sufficient to warrant support.

As a result of several astute comments, I became aware that my prior piece on why Hillary Clinton had crossed a red line that could not be erased, invoking the amoral rationale of the lesser of evils, was seriously incomplete. It overlooked the presence of Bernie Sanders as a rival candidate for the Democratic Party presidential nomination.

Sanders was present in my mind while I was writing the post, but I wrongly jumped to the conclusion that he was sure to lose out to the Hillary juggernaut that has already captured huge campaign contributions (reportedly over $70 million) and has the backing of the Democratic Party bureaucracy and leadership, and hence not worth the effort.

What I did not take into account is the importance of Bernie’s campaign, win or lose, in raising for Americans in ways that are substantive and progressive issues involving the 40 year decline of America’s middle classes and poor, and the massive transfers of wealth to the top 1%.

Clinton is addressing these issues rhetorically, but her policy minders and political instincts are Wall Street crafted (without policy bite) and in the end quite compatible with the rapacious practices of hedge fund operators.

The United States desperately needs a genuine attack on predatory capitalism and its increasing success in replacing republican democracy with proto-fascist plutocracy.

Perhaps Bernie Sanders will not go this far by way of critique and prescription, but his campaign deserves the full support of progressives, and hopefully his presence in the political arena will contribute to the belated awakening of more American citizens to the variety of internal dangers (racism, gun culture, collapsing infrastructure) confronting the country, developments that cannot be separated from the geopolitical militarism and geoeconomic neoliberalism that Clinton espouses.

My encouragement, then, is for hard campaigning on behalf of Bernie Sanders, and if he should after all lose the nomination to Clinton after putting up a good fight, a message of gratitude as well as a principled shift to the second most worthy candidate on the presidential stage, Jill Stein of the Green Party.

If the Democratic Party faithful goes ahead and chooses Clinton over Sanders it should expect the defection of all those of us who insist upon a precautionary approach to climate change and a repudiation of neoliberal capitalism, as well as a genuine embrace of racial justice, immigration equity, and the sexual/gender liberation agenda.

Being less distasteful on these litmus issues than the Republicans is not sufficient to warrant support.