Surprising Progress in the U.S./GCC Summit

The US will pursue its own national interests with regional cooperation where helpful and possible, but without it if necessary.

I am frequently reminded that satisfaction is proportional to the difference between expectations and reality. This fact became abundantly evident in the case of the recent summit meeting among U.S diplomats and Gulf Cooperation Council (GCC) leaders at Camp David. 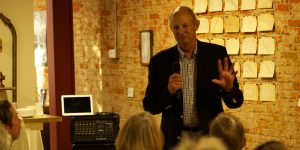 Leading up to the summit, most observers, myself included, had very low expectations that there could be any positive or useful outcome. In interviews prior to the meeting, President Obama had indicated that he wanted to speak frankly to GCC leaders about the current situation in the Middle East and North Africa (MENA). This was not a message that was going to be well received by GCC leaders since it has been clear for some time that the instability in the Arab Middle East is largely self-inflicted by the Arab governments and not the result of Iranian meddling as is so often claimed by Arab states. Wahhabi jihadist exports by Saudi Arabia contribute much more to MENA instability then Iran’s meddling.  The time for straight-forward conversations about this state of affairs has been long overdue. It is possible that the U.S. administration has finally realized that it no longer needs to cow-tow to wealthy petrostates in the region, but can pursue its own national interests. The GCC countries need the U.S. more than the U.S. needs them.

Even with the best of intentions, there were a number of questions and concerns about the timing and setting for the meeting. Why have the meeting at all? Perhaps the Obama administration wanted to assuage the concerns of some of the Gulf States about a potential Iran nuclear deal and its impact on U.S. policies and preempt any effort by the GCC to roll out its financial, PR and lobbying muscle in Washington in order to defeat any nuclear agreement. When only Qatar and Kuwait sent their heads of state, with others sending lower level officials, many critics and pundits decried it as a snub to Obama and his policies. On the other hand, perhaps they realized that they were going to get some straight talk rather than the coddling approach of the past and didn’t want to hear it. It was clear that the GCC wanted written security guarantees from the U.S., which they were not going to get.

Arab (and also Israeli) concern about Iran stems less from the nuclear issue and more from the removal of sanctions, which has the potential to unleash the Iranian economy with a subsequent increase in Iranian regional influence. The problem is not with Iran, but is internal to the conservative petrostates. GCC leader Saudi Arabia, which has a small population and, for the most part, is living off of the government dole, currently has little economic potential beyond petro-dollars.

Despite all of aforementioned headwinds, the summit turned out to be more successful than most observers expected. According to Barbara Slavin of al-Monitor, GCC assistant secretary general Abdel Aziz Abu Hamad Aluwaisheg told a press conference on May 15 that the Camp David summit “exceeded the expectations of most of us.”

The Joint Statement issued following the meetings was striking for what it included and what it did not. The long standing issue of Gulf State’s funding of jihadists was addressed.

“The leaders decided to enhance their counter-terrorism cooperation on shared threats, particularly ISIL/DAESH and Al-Qa’ida, to deter and disrupt terrorist attacks with a focus on protecting critical infrastructure, strengthening border and aviation security, combating money laundering and terrorist financing, interdicting foreign fighters, and countering violent extremism in all its forms.”

The need to resolve conflicts through diplomacy was recognized:

“They decided on a set of common principles, including a shared recognition that there is no military solution to the regions’ armed civil conflicts, which can only be resolved through political and peaceful means; respect for all states’ sovereignty and non-interference in their internal affairs; the need for inclusive governance in conflict-ridden societies; as well as protection of all minorities and of human rights.”

Obama seemed to have persuaded the GCC of the need to make Iran part of the solution and not part of the problem:

“They emphasized that a comprehensive, verifiable deal that fully addresses the regional and international concerns about Iran’s nuclear program is in the security interests of GCC member states as well as the United States and the international community.”

“At the same time, the United States and GCC member states reaffirmed their willingness to develop normalized relations with Iran should it cease its destabilizing activities and their belief that such relations would contribute to regional security.”

There was no mention of a no-fly zone in Syria as promoted by Saudi Arabia and Turkey. Such an intervention would lead to direct U.S. military involvement in the Syrian civil war.

While recognizing that other regional states have their own interests, the U.S. appears to have decided to take a path toward pursuing its own national interests with regional cooperation where helpful and possible, but without if necessary. All this said, it all depends on whether or not the parties live up to the agreements.