What This Year’s Maneuver Season in India Tells Us 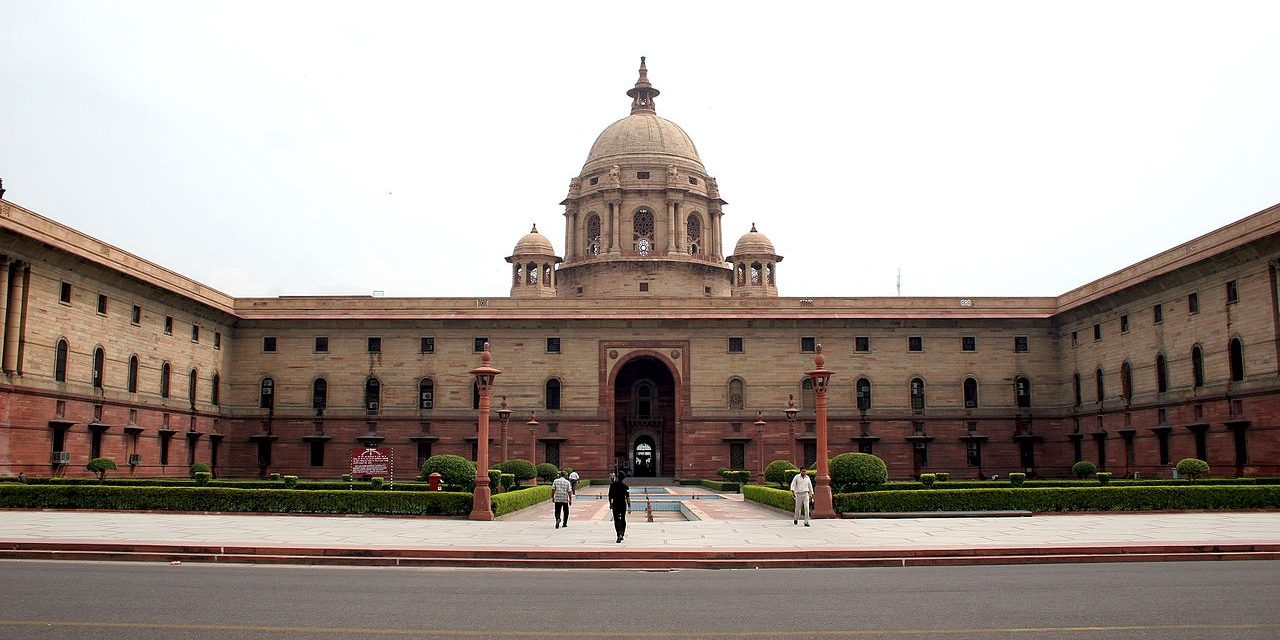 The Indian Ministry of Defense in New Delhi (David Castor)

How dangerous is India's military posturing in a nuclear context?

From separate media reports on ‘massive’ exercises in India’s western deserts, we learn that India’s premier ‘strike’ corps, 2 Corps, and a ‘pivot’ corps, 10 Corps, are being exercised. Interestingly, media reports that carry mention of the 2 Corps exercise, ‘Exercise Brahmashira’ (Ultimate weapon), make no mention of the other exercise, Exercise Akraman (Attack) II of 10 Corps, and vice versa. It would seem that the two are not interconnected, especially since 2 Corps is affiliated with India’s Western Command and 10 Crops is under is South Western (SW) Command.

However, this is improbable since the exercises are taking place in the same geographic area, Suratgarh sector, and the two exercises finished together. Therefore, it can be plausibly be inferred that a pivot corps and a strike crops exercised together. What are the implications?

‘Pivot’ corps are erstwhile ‘holding’ corps in a defensive role. India’s doctrine, now a decade old, converted these into ‘pivot’ corps, equipping each with an offensive element, termed ‘integrated battle group’ (IBG). From the name of the pivot corps exercise, Akraman II, it is evident that the 10 Corps exercise was to practice its integrated battle groups (IBG). Since the pivot corps in the semi-desert terrain has two mechanized Reorganised Plains Infantry Divisions, it is capable of sending into attack two IBGs.

Each of India’s three ‘strike’ corps is orbatted to one of the three geographic commands facing Pakistan. 2 Corps under Western Command is understood to operate in the developed plains sector in Punjab which Western Command faces. However, strike corps, owing to their inherent mobility, are able to move between sectors and achieve surprise by launch across the entire front. In this case, it appears that 2 Corps was put through its paces in the semi-developed terrain opposite South Western Command. This implies two options.

In addition to the two IBGs of the pivot corps in action, in the first option, there is also the strike corps affiliated to SW Command, 1 Corps, available for launch across its front. However, in case 2 Corps is practicing launch across SW Command frontage, in this option 1 Corps is instead held back as a countervailing force in a defensive role.

In the second option, along with the two pivot corps IBGs, both 1 Corps and 2 Corps are launched into semi-desert terrain opposite SW Command. In this year’s exercise, 1 Corps did not figure since India usually practices only one strike corps a year in rotation and 1 Corps exercise, Exercise Sarvada Vijay (Always Victorious) was held last year. But that 2 Corps is practicing in the terrain of the neighboring geographical command, it can supplement 1 Corps. In other words, at a maximum, two strike corps comprising their integral six IBGs and two IBGs of the pivot corps can be launched into the semi-desert terrain into Pakistan. This gives India the ability to cut Pakistan in half between Lahore and Karachi.

How dangerous is this in a nuclear context?

In the doctrine, while the initial offensives are launched by division-sized IBGs of pivot corps and of strike corps formations located closer to the border, the remainder of the strike corps mobilizes in their wake. It can use the areas already captured by IBGs for jump off into battles deeper within enemy territory.

While Pakistan may be able to countenance shallow thrusts by IBGs along the front with equanimity, deeper thrusts that could potentially threaten its vital areas and communication networks may be pushing the nuclear threshold a bit.

In this case, in the semi-developed sector, there is arguably greater space for strike corps operations without flirting inordinately with the proverbial nuclear threshold as would be the case in developed terrain, say, opposite Lahore. Therefore, if in the current exercise the strike corps is advertised as rehearsing maneuvers that ‘will allow the Army formations to break through multiple obstacles within a restricted time frame’, then the army expects sufficient space for territorial gains and attrition of Pakistani reserves without the nuclear factor intervening.

Pakistan has in its testing of a tactical nuclear weapons and delivery systems hinted at a lower nuclear threshold precisely to stay such operations by India’s strike corps in their tracks. India, for its part, appears to be exhibiting nonchalance by going about such exercises to indicate that it is not deterred. The two states are playing the ‘game of chicken’ which they are racing towards each other hoping the other would swerve. Through its exercises, India is depicting that it is getting into the car and visibly throwing away the wheel.

Unlike India’s 2004 conventional doctrine called ‘Cold Start’, the revised version of its doctrine of 2010 is not in the open domain. Therefore, it is not known if the 2010 version took into account the criticism that had greeted the 2004 version that deep operations may inordinately push Pakistan’s nuclear threshold. From the exercises just held it is not certain that the criticism has registered, especially if the second option discussed was the exercise scenario.

Had the doctrinal space in India been more transparent, it would have been easier to discern if its military is adequately cognizant of the nuclear reality now well into its second decade. The employment of India’s strike corps on maneuvers reminiscent of the pre-nuclear halcyon days of conventional operations in the eighties, as seen this year, does not lend confidence that India and its military are sufficiently sensitive to the onset of the nuclear age.