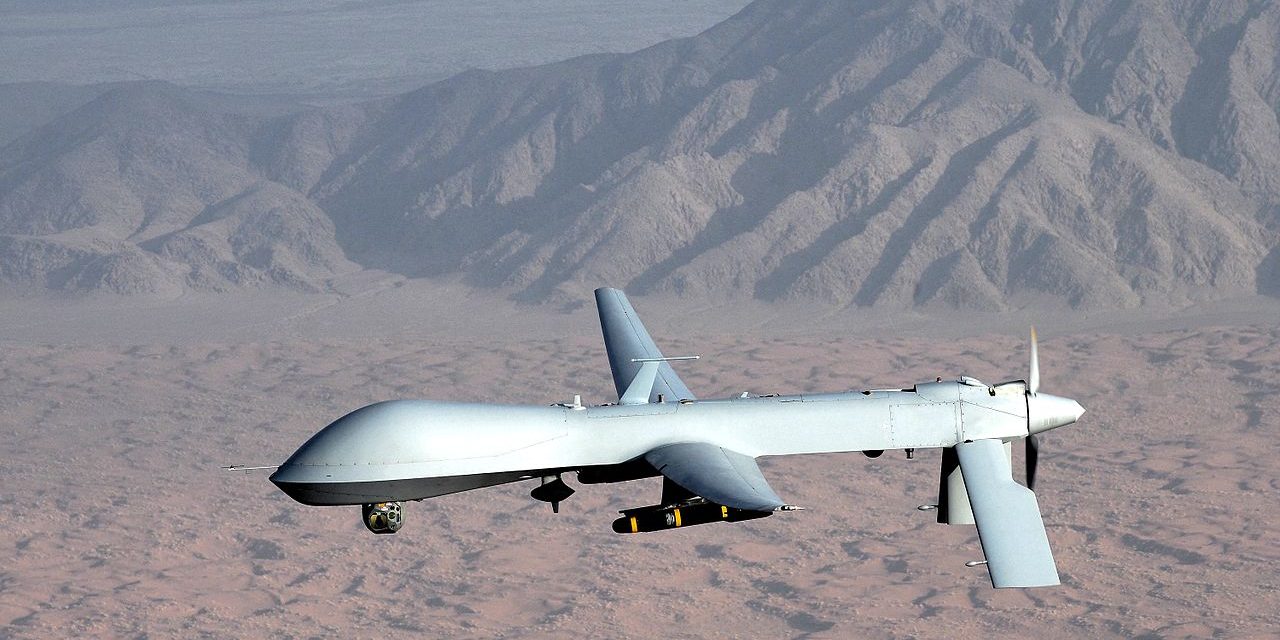 Hints of the dark place he is taking us

Obama has been quoted saying he “takes full responsibility” for the two hostages, one American and one Italian, killed recently in a drone attack. At the same time, Obama praised the United States for its transparency in such matters.

What in God’s name does he mean? How can you have responsibility with no consequences? Isn’t that a bit like patting yourself on the back for high principles, having just committed murder? And transparency? That also is a word without meaning when applied to a country which runs a string of secret wars and coups, a country which spies on virtually the entire planet, and a country whose warehouses bulge with so many classified documents it would take a thousand years to review them.

Obama’s use of words has no meaning, much like the lack of meaning inherent in the kind of world into which he is eagerly helping to pitch us.

He has killed two innocent people in the course of an extrajudicial killing of others who were themselves, as is usual in these attacks, mere suspects.

Estimates vary, but something on the order of 2,500 people have been murdered this way by the United States, almost all of them innocent, ordinary people, and even America’s intended targets, supposed terrorists, are guilty of nothing in law.

If a leader uses the word terror today, he can pretty much do anything he or his sadistic military/ security/ intelligence creeps want to do. I do not see any difference in these acts from those of the former military juntas in South America who made thousands of “undesirable” people simply disappear.

There’s an old saying about democratic governments that you pretty much deserve the government you get, but the glib saying is, of course, considerably less than true. Besides, it is not a great stretch to say of America today that it is about as much a democracy as was the former Soviet Union, with the key difference being voters in America get two choices instead of one on their ballots, each of them however ready to do exactly the same things, with only minor stylistic variations. You might say the choices represent two fashion statements in one official party.

However, if Western people in general just quietly accept the institutional barbarism Obama represents, they will indeed deserve the governments they get.

And what’s hurtling towards us, far more quickly than many realize, is government entirely by and for elites – wealthy, wealthy people with their paid mouthpiece political leaders and the vast military/ security apparatus they employ – the rest of humanity being reduced to unimportant mobs to be kept under control at the smallest sign of their becoming difficult, not so very much different from prisoners and perhaps even livestock.

We actually have an early prototype of the kind of society our leaders are working towards. We see it in Israel. The word “terror” there plays the same ugly role, almost like an air raid siren, justifying literally any response.

Has the world said one word of 2,200 people slaughtered in Gaza recently and left to rot in its rubble? How about Israel’s treatment of refugees of color? I see no protest over their being horribly abused and even being turned away against international laws and conventions.

And now Israel uses dirty tricks like shipping refugees off to questionable African states whose leaders have been paid bribes to take them. Can you imagine a bright future for any of them under such circumstances? They too are more than a little likely to disappear.

Of course, assassination in many forms and in many places has played a large role in Israel’s brief history. Anyone Israel does not like is expendable, and America’s whole response to “terror” is right out of an official Israeli manual.

Israel loves to sing tired songs about democracy, but half the people under its control have no rights, no vote, no future, and are frequently openly told they are undesirable and should get out. Thousands are kept in prisons, and brutal acts like spraying farm land with filthy wastewater or with potent herbicides or cutting off power supplies are fairly regular events. When those on the receiving end get too uppity, they will be either assassinated or bombed or have their homes stolen through some of the most unjust laws on the planet.

Apart from the ghastly lives enforced upon millions of non-Jews by the “Jewish state,” Israel’s Jewish population demonstrates another part of the social model. Ordinary Israelis have quite unpleasant lives by Western standards, with home ownership out of reach, the price of everything exorbitant, being subject to oppressive army service, and living in a place which in many ways resembles a high security prison with guards, spies, and restrictions everywhere. The elites of Israel do very handsomely, thank you, just as oligarchs anywhere do, all the groaning mass of other residents’ problems and limits providing them with boundless opportunities, and most of the oligarchs freely move back and forth between continents with their dual passports to cut deals or avoid troubles.

That set of conditions and practices has become a model now for the United States, and where the United States goes, so go its weak-kneed allies like Britain, France, Germany, and even our once fair-minded Canada.