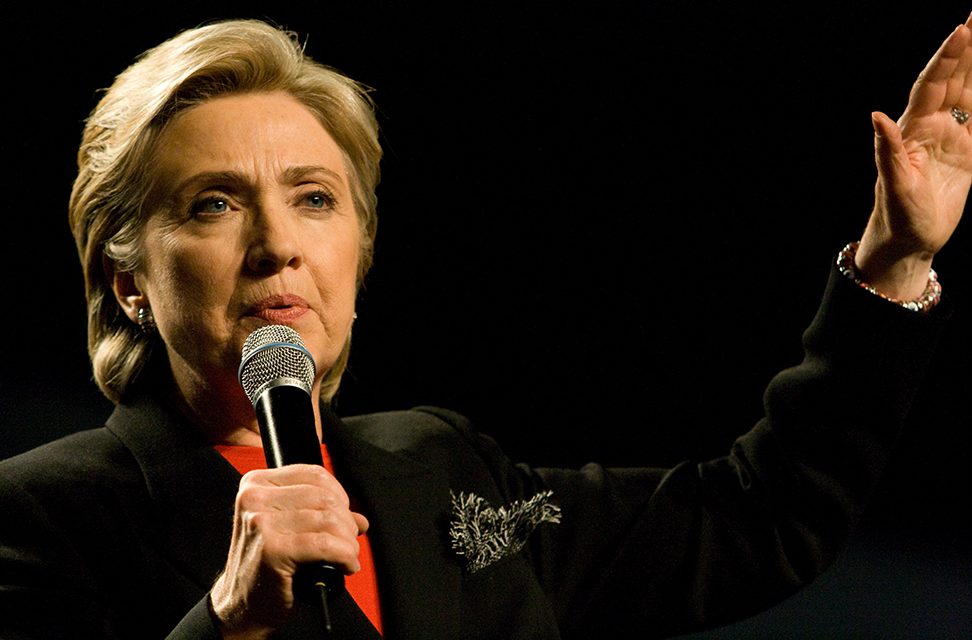 In the end, the person America elects as President makes no appreciable difference to what America does in the world or how its wealthy rulers treat their own people.

Yes, there is still bias “out there,” as some have written, about an American woman running for President, but I do not believe the bias is decisive: after all, America has broken what surely was its fiercest taboo with the election of a black man, twice. There is, however, another bias “out there,” and a decisive one: a bias against the Clintons, a ghastly pair in almost every respect, America’s contemporary version of the Borgias—both of them grasping, vicious, ruthless, two-faced, and lacking only the Borgias’ good taste in art and literature.

Among the distinguished achievements of Hillary’s husband are the bombing of Serbia’s capital, including the offices of journalists, and the bombing of a pharmaceutical plant in Sudan claimed to be a chemical weapons plant. President Clinton bragged of “ending welfare in our time,” quite the claim for a self-styled liberal. It was his blundering, belligerent FBI and ATF that committed the atrocities at Waco. He embarrassed everyone with his grotesque personal behavior, and he pardoned some ghastly criminals in return for huge contributions to his “foundation.” He is good friends with people like Jeffrey Epstein, a registered sex offender who solicited and kept underage girls to “service” guests on his private island or on the “Lolita Express,” nick-name for his private jet—both jet and island having Clinton recorded as a guest.

Bill Clinton failed every major undertaking of worth, including health care reform, Hillary playing a large role in that failure. Sometimes forgotten, he also frequently played the public coward, not standing behind appointments he made when they were attacked viciously in the Senate, allowing honorable people to be pilloried, then finally withdrawing their nominations. Perhaps his greatest act of cowardice involved the genocidal horrors of Rwanda. He was aware of them quite early, but his government was instructed not to use inflammatory language in public, and he made virtually no effort to save a million lives.

His contemptible behavior should, in theory, have nothing to do with Hillary, but in fact it very much does. They were the ones going around talking up the idea of getting “two for one” during his term of office. She still treats him as a confidant and advisor, having been photographed a number of times engaged in serious tête-à-têtes, and he has had several sessions with Obama, and big money sources, concerning Hillary’s ambitions.

Both Clintons have long records of chasing, indeed groveling in much the same fashion as the smarmy Tony Blair, after big money—money for the foundation, money for elections, she having set an unenviable record for cancerous spending when running for the Senate in New York, and they have both been involved in at least as many questionable deals on the side as several former Israeli Prime Ministers combined.

I wish a woman could run for President, but must the candidate be someone who resembles Richard Nixon in drag and shares views the late ogre, J. Edgar Hoover? Everyone who doubts what a colossally unpleasant character Hillary has in private should read the memoirs of former secret service agents. Her behavior was appalling, tasking agents with things like holding her purse in public, and shouting a stream of “f–k off” invective at them if they declined.

She has always voted for war in the Senate, including the horrible war crime of invading Iraq. She goes around making speeches – at $300,000 a pop plus a whole printed list of demanded perquisites – about America’s need for a strong defense. Strong defense? America? How does one manage to spend more than America already spends on death and destruction? Park a nuclear-loaded B-52 at every civilian airport? Supply every Boy Scout troop with heavy machine guns and plenty of ammo? The woman borders on deranged here.

She has lied countless times in office and while running for office. The bloody mess at Benghazi was her baby, and she has done nothing but lie about its embarrassing and deadly failure. The last time she ran for President, in order to bolster her image for toughness, she bragged of coming under gunfire when she landed on a visit to Bosnia as First Lady, but a news video promptly appeared which showed nothing but a sweet little girl presenting flowers to her at the airport. Of course, she had to lie again when the video turned up, saying she hadn’t remembered events clearly, but no one ever forgets coming under gun fire. It is not possible unless your faculties are in such a jumbled state you should be disqualified from office.

Of course, in the end, Hillary’s mass of deceptions and terrible associations and rotten personality really do not matter because America’s real government, its ongoing unelected one, allows no President to depart much from the established script. The last one who made a serious try had half his head blasted into the streets of Dallas.

Anticipation and excitement about the first woman candidate reminds me of America’s electing and celebrating its first black—a seemingly charming and intelligent man at the time—and he has proved just another George Bush, giving ordinary Americans nothing, and especially his own people. He weekly approves extrajudicial killings in a half dozen places, behavior completely in keeping with former South American juntas who made thousands of people just disappear, and he happily does business with tyrants and absolute monarchs and madmen like Netanyahu. Hillary would do precisely the same.

In the end, the person America elects as President makes no appreciable difference to what America does in the world or how its wealthy rulers treat their own people, a presidential election being little more than the most costly theater performance in the world, “a tale / Told by an idiot, full of sound and fury, / Signifying nothing.”