The United States operates globally in all regions to solidify its status as the only global imperial state.

It was pointed out to me that the oddities of reconciliation without truth that I encountered in the Philippines with respect to the persisting prominence of the Marcos family despite the widespread discrediting of his period of ruler ship (1965-1986) is not as strange as I made it appear. After all, Jeb Bush has recently announced his intention to seek the presidency of the United States in 2016, and George W. Bush despite his deplorable presidency, is regarded as a political asset, and is actively campaigning and raising funds on behalf of his younger brother. 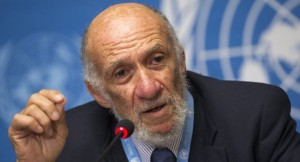 In the Philippines, unlike the United States, there was a political rupture brought about by the People Power Movement that drove the Marcos clan from power and led directly to Corey Aquino becoming president, widow of Benigno Aquino Jr., the slain Marcos opponent. Even now this populist triumph is celebrated as a day of national pride for the country, and Benigno ‘Noynoy’ Aquino III sits in the Malacañang Palace as the elected leader of the country. Yet the political realities in the Philippines, as with America, are more notable for their continuities with their discredited past than by changes that repudiate and overcome it.

Barack Obama was acting in an admittedly different political setting in the United States when he put aside well-grounded allegations of criminality directed at the leadership during the Bush presidency, prudently contending that the country should look forward not backward when it comes to criminal accountability of its former political leaders.

Of course, this is the opposite of what was done with surviving German and Japanese leaders after World War II at the widely heralded Nuremberg and Tokyo trials, nor can such prudence ever become the norm in the United States in relation to the crimes of ordinary people, even the laudable whistleblowing crimes of the sort attributed to Chelsea Manning, Julian Assange, and Edward Snowden.

Such selective impunity seems to be the price that imperial democracies pay for avoiding civil strife at home, and preferable to the unity associated with authoritarian forms of governance.

For this reason alone, Obama’s morally regressive approach to accountability is politically understandable and prudent. America is polarized, and the most alienated and angry segment of the citizenry embraces the gun culture and likely remains ardently supportive of the sort of militarism and patriotic fervor that had been so strongly in evidence during the Bush presidency.

Thoughts along these lines led me a broader set of reflections. The mistakes that the Philippines makes, however horrifying from the perspectives of human rights, are at least largely confined to the territorial limits of the country and victimize its own citizenry. By way of comparison, the foreign policy mistakes that the United States mainly vicitimize others, although they often do at the same time impose heavy costs on the most marginal and vulnerable of Americans.

As a society, many regret the impacts of the Vietnam War or the Iraq War on the serenity and self-esteem of American society, but as Americans we rarely, if ever, pause to lament the immense losses inflicted on societal experience of those living within such distant battlefields of geopolitical ambition. These victim societies are passive recipients of this destructive experience, rarely possessing the capability or even the political will to strike back. Such is the one-sidedness of imperial relationships.

An estimated 1.6 to 3.8 million Vietnamese died during the Vietnam War as compared to 58, 000 Americans, and similar casualty ratios are present in the Afghanistan and Iraq wars, without even considering the disruption and devastation experienced.

In Iraq since 2003 it is estimated that between 600,000 and 1 million Iraqis were killed, and over 2 million were internally displaced and another 500,000 Iraqis became refugees as a result of the war, while the United States lost in the vicinity of 4,500 combat personnel.

Battlefield statistics should not blind us to the absoluteness of each death from the perspective of loved ones, but they do reveal a central dimension of the distribution of the relative human costs of war as between an intervening government and the target society. This calculus of combat death does begin to tell the story of the devastation of a foreign society, or the residual dangers that can materialize in death and maiming injuries long after the guns are silent from lethal unexploded ordinance that litters the countryside for generations, soil contamination by Agent Orange, and warheads containing depleted uranium, as well as a legacy of trauma and many daily reminders of war memories in the shape of devastated landscapes and destroyed landmarks of cultural heritage.

From almost any ethical standpoint it would seem that some conception of international responsibility should restrain the use of force in situations other than those authorized by international law. But that’s not the way the world works. The mistakes and wrongdoing that takes place in a distant foreign war is rarely acknowledged, and never punished or restitution offered. Perversely, it is only the territorial leaders that are held to account (e.g. Saddam Hussein, Slobodan Milosevic, and Muammar Qaddafi).

The United States Government, specifically the Pentagon, makes it a point to tell the world that it does not collect data on civilian casualties associated with its international military operations. In part, there is an attitude of denial, minimizing the ordeals inflicted on foreign countries, and in part there is the salve of an underlying official insistence that the U.S. makes every effort to avoid civilian casualties.

In the context of drone warfare, Washington insists that there are very few civilian victims, as measured by the number of deaths, but never admits that a far larger number of civilians huddle in continuous acute fear that they may be targeted or unintentionally struck dead by an errant missile.

Given the statist and imperial structures of world order, it is not surprising that there is so little attention to such issues. The mistakes of an imperial global state have material reverberations far beyond their borders while the mistakes of normal state resound inwardly as in an echo chamber. The wrongs of those who act for the imperial global state are shielded from scrutiny by realistic notions of impunity, while the wrongs of those who act for a normal state are increasingly subject to international procedures of accountability.

When this happened after World War II it was called ‘victors’ justice; when it happens now, especially with the one-eyed jurisprudence of ‘liberal legality’ it is explained by reference to prudence and realism, being practical, doing what it is possible, accepting limits, giving a fair trial to those who are accused, deterring some patterns of evil deeds.

This will not change unless either of two things come to pass: a global capability to interpret and implement international criminal law comes into being or the political consciousness of imperial global states is dramatically altered by the internalization of an ethos of responsibility toward foreign societies and their inhabitants. Any description of such advances in law and justice should make us aware of how utopian such expectations remain.

At present, there is only one global imperial state, the United States of America. Some suggest that China’s economic prowess creates a rival center of power and influence that should be acknowledged as a second global imperial state. This seems misleading. China may be more resilient, and is certainly less militarist in its conception of security and pursuit of its interests, but it is not global, nor does it fight wars distant from its homeland.

Furthermore, Chinese language, currency, and culture do not enjoy the global reach of English, the U.S. dollar, and franchise capitalism. Undoubtedly, China is currently is arguably the most significant state in the world, but its reality is in keeping with core Westphalian ideas of territorial sovereignty, while the United States operates globally in all regions to solidify its status as the only global imperial state, indeed the first such state in the history of the world.