The Syrian Civil War Gets Even More Complicated

If Israel decides to escalate the conflict, the region will be left in a far worse position.

Nourished by the crystal clear headwaters of the Jordan River, an island of green within a surrounding sea of brown parched land, the Golan plateau, a seemingly pastoral place with landscape falling away toward the Sea of Galilee to the south and toward Damascus 50 miles to the east, has been a locus of conflict since Israel occupied it during the 1967 Arab-Israeli war. I can imagine an Israeli general looking out over the Syrian countryside, seeing plumes of smoke rising from bombed buildings and hearing the crackle of gunfire drawing closer to the armistice line – perhaps encouraged by his political masters in Jerusalem seeking an edge in the upcoming election – making a decision that has the potential to turn the Syrian Civil War, already a destabilizing factor in the Levant, into a regional conflict. 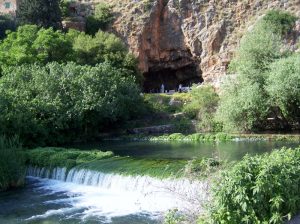 A Syrian landscape. Photo courtesy of the author.

The Syrian conflict, throughout its four-year duration, has evolved into a multi-sided war of attrition between the Bashir al-Assad government in Damascus, the so-called Free Syrian Army, a loose confederacy of more secular groups, Jabhat al-Nusra, the al-Qaeda franchise in Syria, the self-proclaimed “caliphate” of the Islamic State and numerous militia groups with shifting allegiances willing to sell their services to the highest bidder. Adding to this complicated environment, the U.S. and its European allies, Saudi Arabia and the other Gulf States, Iran and Hezbollah have intervened on behalf of the various players. This has prolonged the fighting, continuing the agony of those caught in the middle, killing over a hundred thousand and creating millions of refugees. Now Israel has decided to enter the fray.

On January 18, an Israeli gunship attacked a Syrian convoy killing six Hezbollah fighters and an Iranian general advising the Syrian Army. Since the 2006 Israel-Hezbollah War, which killed over a thousand people on both sides, Israel has periodically attacked Hezbollah in Syria and Lebanon and has conducted covert assassinations in Iran. In these past incidents, Hezbollah, facing an unstable political situation in Lebanon, engaged in a serious conflict in Syria against the Islamic State and Jabhat al-Nusra, has been reluctant to engage Israel directly and has elected to absorb the blows and bide their time until an opportunity to strike back in an asymmetric manner presents itself. Likewise, Iran, involved in the difficult nuclear negotiations, has been reluctant to respond. This time, however, is different. 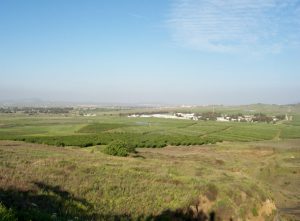 A Syrian landscape. Photo courtesy of the author.

The first indication that this time is different was that both Iran and Hezbollah changed their usual practice by immediately announcing the names of the victims and conducting public funerals. Leaders of Iran and Hezbollah did not play down the attack, but instead announced that “Jewish blood will run in the streets.” They seem to have decided that enough is enough. On January 28, Hezbollah attacked an Israeli army patrol in the Israeli-occupied Shabaa Farms area bordering Lebanon and Syria, killing two Israeli soldiers and seriously injuring several more. For its part, Israel seems unsure as to how to respond. On one hand they seem to be trying to lower tensions by claiming that the death of the Iranian general was a mistake and by asking Russia to mediate in an effort to diffuse the crisis. On the other hand, some leaders, such as Avigdor Lieberman, have called for all-out war.

An Israeli intervention in the Syrian Civil War will completely change the dynamic. It would risk drawing Lebanon, a fragile state in the best of times, into the war. Iran, having claimed that “unlike the U.S., we stand by our allies” and believing that Israel supports Jabhat al-Nusra (al-Qaeda) would have a hard time staying on the sidelines. Nothing unites the Arab world like a conflict with Israel and the strong public reaction that such a conflict elicits. The disparate opposition groups would face strong pressure to unite against the “great enemy.” U.S. and European support for Israel only plays into the Islamic State narrative of a “clash of civilizations.” If Israel decides to escalate the conflict, the region will be left in a far worse position.