Murdering Journalists … Them and Us 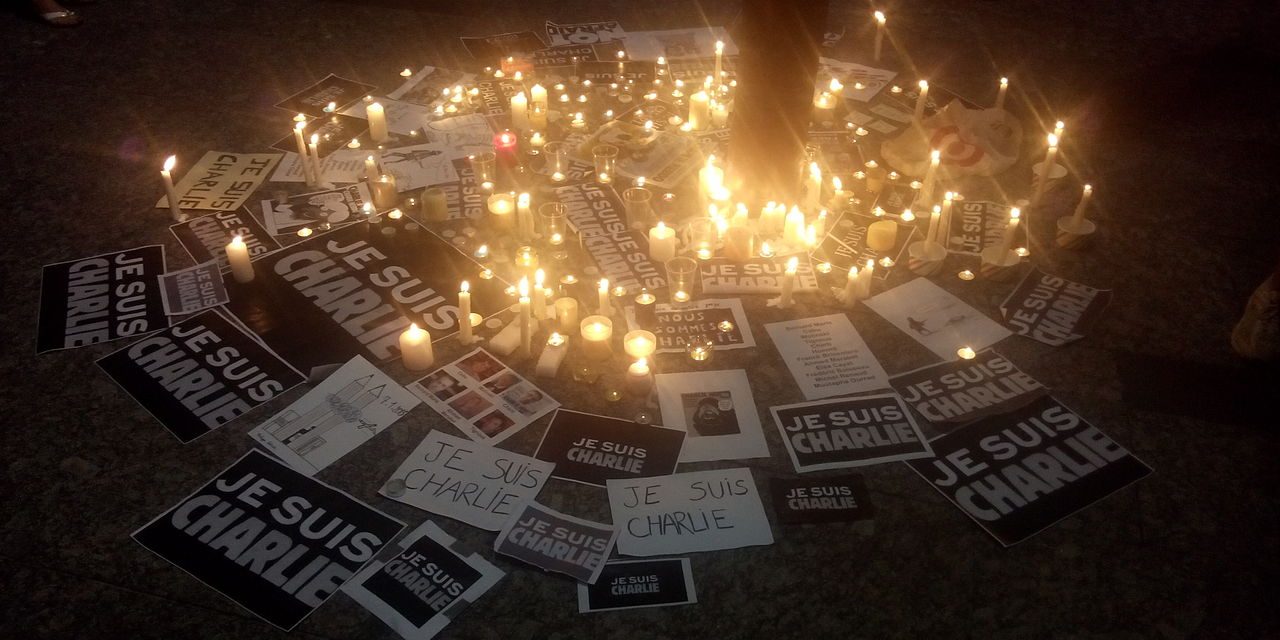 Brisbane (Queensland, Australia) rally in support of the victims of the 2015 Charlie Hebdo shooting. (Chtfn/Wikimedia Commons)

The US military, in the course of its wars in recent decades, has been responsible for the deliberate deaths of dozens of journalists.

After Paris, condemnation of religious fanaticism is at its height. I’d guess that even many progressives fantasize about wringing the necks of jihadists, bashing into their heads some thoughts about the intellect, about satire, humor, freedom of speech. We’re talking here, after all, about young men raised in France, not Saudi Arabia.

Where has all this Islamic fundamentalism come from in this modern age? Most of it comes – trained, armed, financed, indoctrinated – from Afghanistan, Iraq, Libya, and Syria. During various periods from the 1970s to the present, these four countries had been the most secular, modern, educated, welfare states in the Middle East region. And what had happened to these secular, modern, educated, welfare states?

In the 1980s, the United States overthrew the Afghan government that was progressive, with full rights for women, believe it or not, leading to the creation of the Taliban and their taking power.

In the 2000s, the United States overthrew the Iraqi government, destroying not only the secular state, but the civilized state as well, leaving a failed state.

In 2011, the United States and its NATO military machine overthrew the secular Libyan government of Muammar Gaddafi, leaving behind a lawless state and unleashing many hundreds of jihadists and tons of weaponry across the Middle East.

And for the past few years the United States has been engaged in overthrowing the secular Syrian government of Bashar al-Assad. This, along with the US occupation of Iraq having triggered widespread Sunni-Shia warfare, led to the creation of The Islamic State with all its beheadings and other charming practices.

However, despite it all, the world was made safe for crony capitalism, imperialism, anti-communism, oil, Israel, and jihadists. God is Great!

Starting with the Cold War, and with the above interventions building upon that, we have 70 years of American foreign policy, without which – as Russian/American writer Andre Vltchek has observed – “almost all Muslim countries, including Iran, Egypt and Indonesia, would now most likely be socialist, under a group of very moderate and mostly secular leaders”.  Even the ultra-oppressive Saudi Arabia – without Washington’s protection – would probably be a very different place.

On January 11, Paris was the site of a March of National Unity in honor of the magazine Charlie Hebdo, whose journalists had been assassinated by terrorists. The march was rather touching, but it was also an orgy of Western hypocrisy, with the French TV broadcasters and the assembled crowd extolling without end the NATO world’s reverence for journalists and freedom of speech; an ocean of signs declaring Je suis Charlie … Nous Sommes Tous Charlie; and flaunting giant pencils, as if pencils – not bombs, invasions, overthrows, torture, and drone attacks – have been the West’s weapons of choice in the Middle East during the past century.

No reference was made to the fact that the American military, in the course of its wars in recent decades in the Middle East and elsewhere, had been responsible for the deliberate deaths of dozens of journalists. In Iraq, among other incidents, see Wikileaks’ 2007 video of the cold-blooded murder of two Reuters journalists; the 2003 US air-to-surface missile attack on the offices of Al Jazeera in Baghdad that left three journalists dead and four wounded; and the American firing on Baghdad’s Hotel Palestine the same year that killed two foreign cameramen.

Moreover, on October 8, 2001, the second day of the US bombing of Afghanistan, the transmitters for the Taliban government’s Radio Shari were bombed and shortly after this the US bombed some 20 regional radio sites. US Defense Secretary Donald Rumsfeld defended the targeting of these facilities, saying: “Naturally, they cannot be considered to be free media outlets. They are mouthpieces of the Taliban and those harboring terrorists.”

And in Yugoslavia, in 1999, during the infamous 78-day bombing of a country which posed no threat at all to the United States or any other country, state-owned Radio Television Serbia (RTS) was targeted because it was broadcasting things which the United States and NATO did not like (like how much horror the bombing was causing). The bombs took the lives of many of the station’s staff, and both legs of one of the survivors, which had to be amputated to free him from the wreckage.

I present here some views on Charlie Hebdo sent to me by a friend in Paris who has long had a close familiarity with the publication and its staff:

“On international politics Charlie Hebdo was neoconservative. It supported every single NATO intervention from Yugoslavia to the present. They were anti-Muslim, anti-Hamas (or any Palestinian organization), anti-Russian, anti-Cuban (with the exception of one cartoonist), anti-Hugo Chávez, anti-Iran, anti-Syria, pro-Pussy Riot, pro-Kiev … Do I need to continue?

“Strangely enough, the magazine was considered to be ‘leftist’. It’s difficult for me to criticize them now because they weren’t ‘bad people’, just a bunch of funny cartoonists, yes, but intellectual freewheelers without any particular agenda and who actually didn’t give a fuck about any form of ‘correctness’ – political, religious, or whatever; just having fun and trying to sell a ‘subversive’ magazine (with the notable exception of the former editor, Philippe Val, who is, I think, a true-blooded neocon).”