Lessons that Hollande Failed to Learn from W. Bush’s Plunders 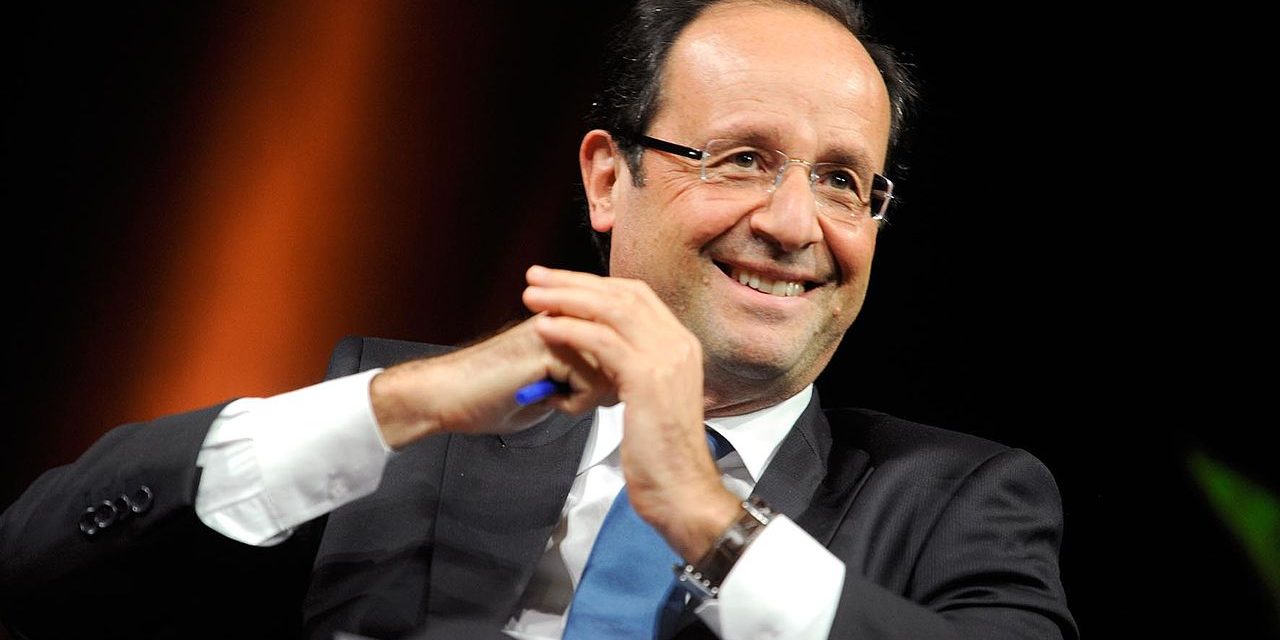 The French President seems to be borrowing the same costly policies that were implemented by former US President George W. Bush.

Francois Hollande is not a popular president. No matter how hard the ‘socialist’ leader tries to impress, there never seems to be a solid constituency that backs him. He attempted to mask his initial lack of experience in foreign affairs with a war in Mali, after his country enthusiastically took on Libya. While he succeeded at launching wars, he failed at managing their consequences, as the latest attacks in Paris have demonstrated.

Following the attack on satirical magazine Charlie Hebdo, he is now attempting to ride a wave of popularity among his countrymen. On January 11, an estimated 3.5 million people took to the streets of France in support of free speech – as if that were truly the crux of the problem. Nearly forty world leaders and top officials, many of whom are themselves unrelenting violators of human rights and free speech, walked arm in arm throughout the streets of Paris. It was a photo-op to show that the world was ‘united against terrorism.’

In the midst of it all, the embattled Hollande was at center stage, ready to act as a statesman, decisive leader, and father of a nation. And as his nation tried to come to terms with the tragedy, Hollande made his annual new year’s address, promising to escalate the exact same policies that engendered violence and what many western pundits readily refer to as ‘Islamic terrorism’.

“If we can combat terrorism in Iraq, just as we did in Africa, we are ensuring our own security,” he said. His plan sounded as pathetic as all familiar: “If necessary we will be able to act in Iraq with more intensity and more efficacy; the aircraft carrier will be working in very narrow communication with the other forces and will be able to attack in any point in the event of supplementary tensions,” he said.

As if nothing has been learnt until now, Hollande seems to be borrowing the same costly policies that were implemented by former US President George W. Bush after the deadly attacks of September 11. He, too, struck violently and thoughtlessly and at the urging of powerful neoconservative groups; he carried out pre-conceived policies to assure America’s dominance in the name of fighting ‘terror’. These policies backfired, none of the US strategic objectives were achieved, and the ‘New Middle East’ that the US administration so desperately coveted became a breeding ground for the same ‘terrorism’ that the Americans allegedly fought.

Prior to Bush’s misadventures in the Middle East, al-Qaeda seemed to have been a distant reality that had been heard of, but unseen. A decade after the US invasion of Iraq, al-Qaeda penetrated the Middle East and North Africa, hatching into numerous groups, sub-groups and al-Qaeda-inspired groups. In fact, al-Qaeda-turned-Islamic State (IS) is now redefining borders, carving a ‘state’ of its own that occupies massive swathes of land in Syria and Iraq.

But why is Hollande repeating the failed policies of the discredited Bush administration, and reversing the principled and sound choices of former French presidents, like Jacques Chirac? Foreseeing its potential disasters, Chirac stood defiantly against Bush’s war in Iraq; and he is still right. But since then, France itself has changed, and failed leaders like Nicolas Sarkozy, and now Hollande are responsible for that change.

When Hollande was elected in May 2012, some saw hope in him during times of economic crises, high unemployment, political disunity, and a collective feeling of loss and confusion; yet he failed to deliver. The economy stalled despite his promises to kickstart it. Unemployment lingered and even the proposed higher taxes on the country’s millionaires were not delivered.

However, this is not just a question of economic recession. The rise of racism, ensured by the rise of rightwing and fascist parties, is devouring France’s sense of national identity. Naturally, Hollande’s failures translated into bad numbers. His approval rating quickly dropped, so in order to save the day, he decided to do the exact opposite of what he had been elected to do: Go to war.

His decision on January 11, 2013 to bomb ‘Islamic militants’ scantly won him a reputation of being a ‘decisive president’. But wars are easy to start and difficult to finish. Hollande’s wars are no exception.

The war in Mali had little to do with religious militancy and everything to do with the existing chasm in the country itself, and the region as a whole. By adding western wars and intervention to the mix, calamity is assured.

With the US expanding its military presence in Africa, China expanding its economic reach, and regional powers jockeying for influence, it was Hollande’s perfect movement to appear as if a great French leader was redeeming his country’s old colonial ‘glory’ in Africa. Mali was the ideal place for Hollande to distract the world from his failures at home. The West African country, once a promising democracy, had become a failed state, with a host of problems, ethnic and racial divides and a countless stream of weapons coming in from Libya – itself destroyed by western powers, starting with France.

Hollande’s moment of glory arrived on September 13, 2013, when he declared that the war on ‘Islamic extremists’ had been won. But he was as hasty as the US’s military ‘mission accomplished’ declaration in Bush’s ‘victory’ speech soon after the invasion of Iraq.

Yet Hollande’s economic woes continued at home, and war alone could hardly help his tarnished image. In November 2014, he received the “worst score for a president in modern-day polling: a 12 percent approval and ratings.”

The more such bad news arrived at home, the more France’s tentacles of interventions found their way to near and faraway places – Libya, Mali, Syria, Iraq and so on. War became Hollande’s only savior.

Frivolous wars are like drugs. They may start with the intention of achieving a fleeting sense of ecstasy, but with time they become a lethal escape from reality. Like drugs, a warlord is dependent on war and can only be sustained and validated by it. Hollande is a warlord in the western sense, what Americans refer to as ‘a war president’.

But as Bush’s notorious legacy has proven, while war-induced fear and vain patriotism may keep a leader in office long enough, the terrible consequences of unchecked violence shall be felt for many years to come.