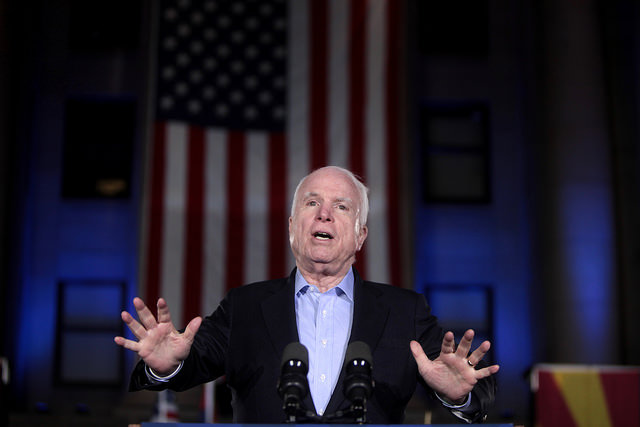 What I wrote in October 2014 in regard to the Islamic State organization was shortly later confirmed by President Obama.[1] His “new” strategy for confronting The Islamic State calls first for the removal of Assad in Syria, in order to allow the “moderate” Muslim militias to assume power.

Here we get to the crux of the matter: ISIS was formed as part of a dialectical strategy of “controlled opposition” to create instability in hitherto stable and prosperous states where the U.S.-contrived “Arab Spring” could not work.

CNN breaking the news reports that:

President Obama has asked his national security team for another review of the U.S. policy toward Syria after realizing that ISIS may not be defeated without a political transition in Syria and the removal of President Bashar al Assad, senior US officials and diplomats tell CNN.

The review is a tacit admission that the initial strategy of trying to confront ISIS first in Iraq and then take them on in Syria, without also focusing on the removal of Assad, was a miscalculation.

In just the past week, the White House has convened four meetings of the president’s national security team, one of which was chaired by President Obama and others which were attended by principals like the Secretary of State. These meetings, in the words of one senior official, were “driven to a large degree how our Syria strategy fits into our ISIS strategy.

“The President has asked us to look again at how this fits together,” one senior official said. “The long running Syria problem is now compounded by the reality that to genuinely defeat ISIL, we need not only a defeat in Iraq but a defeat in Syria.” The U.S. government refers to ISIS as ISIL.[2]

U.S. presidents, including Obama, do not have brainwaves of strategy. He had received advice on this, and there is no “tacit admission of miscalculation.” Indeed Secretary of Defense Chuck Hagel had previously drafted a “highly private” memo to National Security Adviser Susan Rice calling on the USA to strike at Assad first.[3]

Syria, Iraq and Iran were marked for destruction by Zionist, “neocon” strategists decades ago. No, there was no ‘miscalculation.’ The strategy was indeed very calculated and of long duration. Like dialectical strategies in general, they must have much time to work through a process. The aim here was to create chaos to justify further U.S. actions against states that are regarded as the primary obstacles to U.S. and /or Israel aims. Like the destruction of Saddam Hussein, Assad happens to be one of the few popular leaders in the region capable and willing to confront “Islamic terrorism.” However, it is not the type of “Islamic terrorism” that American and Zionist hegemonists want eliminating. They are the catspaws of American and Israeli strategies. Like the KLA in Kosovo and the “moderate” Muslim terrorist militias that the USA used to oust and murder Qaddafi in Libya, ISL and their “moderate” counterparts in Syria are part of the same strategy to destroy the Assad regime.

As the State Department now explains, the actions against ISL in Iraq were aimed to allow the USA time to train “moderate” Islamic terrorists to fight both ISL and Assad in Syria:

In October the U.S. stressed an “Iraq first” strategy with efforts to degrade ISIS in Iraq as the priority and operations in Syria done to shape conditions in Iraq. Washington hoped that would give time for the US to vet, train and arm a moderate Syrian rebels fighting force to combat ISIS, and ultimately the regime of President Bashar al-Assad.[4]

It was part of a package deal: one destroys the dreaded ISIS/ISL while simultaneously destroying the real target of the USA and Israel: Assad’s Syria. ISIS/ISL serves as a mere ploy to get to the real target. “The administration has asked Congress for $500 million to train and equip 5,000 vetted rebels within one year.”[5]

There is nothing really sudden about the Obama “change in strategy.” It has been mooted not only secretly by Hagel, but also in public by Senators John McCain and Lindsay Graham, in The Wall Street Journal:

How can we arm and train 5,000 Syrians and expect them to succeed against Islamic State without protecting them (and their families) from Assad’s airstrikes and barrel bombs? Or expect moderate groups in Syria fighting Islamic State to take advantage of U.S. airstrikes if we do not coordinate or communicate our operations with them? […]Our efforts to build up a viable Free Syrian Army to liberate Syria from the evils of Islamic State and Mr. Assad will surely fail if the Syrian ruler is not dealt with.[6]

McCain stated that the ouster of Assad requires “the U.S. to militarily degrade the Assad regime, upgrade the moderate opposition, change the momentum of the conflict and create conditions for a political solution.” McCain states that targeting ISIS with airstrikes provides the USA with the opportunity to also target Syria with air strikes:

At a minimum, this means a larger role for U.S. military advisers and forward air controllers. It also means declaring safe zones in Syria and telling Mr. Assad that if his forces and aircraft operate there, they will be targeted like Islamic State. Key regional partners realize that we must confront Mr. Assad as well as Islamic State, and they are willing to join America in doing so.[7]

It is a strategy that has been played out before. Dialectically, the power elite creates or sponsors the most extreme of options, which allows it to present a more “moderate” alternative, thereby shifting the center of political gravity.