South Sudan: How to End Economic Domination by Foreigners?

The October 15 deadline to recall expats from foreign companies and NGOs and replace them with qualified South Sudanese nationals passed inconsequentially. The plan was to implement a foreign-worker ministerial decree within one month beginning September 16. It would, by and large, have been enforceable in most instances if enough local and diaspora professionals were prepared to take over under such a short notice.

As the country remained immersed in a bloody civil war, President Salva Kiir’s government hoped the move would appeal to a disenchanted youth and frustrated diasporans. The decree, apparently, a third of its kind since independence in 2011, was “prematurely released”, according to the Ministry of Foreign Affairs. Surprisingly, it provoked a very welcome outcry from foreign businesses and aid agencies that have reacted like frightened horses.

Reflecting foreign business interests, Kenya’s Daily Nation describes the labor decree as “myopic”, inspired by “populist politics.” BBC quotes an expert with NKC Independent Economists as saying that “the South Sudanese are ungrateful for all that their neighbors have done to build up the country.” Nairobi based Institute for Security Studies warns against South Sudanese “threats and discrimination against foreign workers”. Aid agencies opposed the idea of removing foreign workers fearing that it would hamper humanitarian work.

There is little or no foreign sympathy toward the embattled Juba government which is blamed for mismanaging the economy and for failing to unify the country and end a bloody 10-month old civil war triggered by political rivalry between President Kiir and his former Vice President Riek Machar. The civil strife has brought half of the nation’s 11 million people face to face with hunger and starvation.

The current conflict is preceded by the squandering of 4-billion US dollars in a corruption scandal over an unspecified period of time enriching greedy officials instead of spending it on education, health care and job creation. Since independence, no investment of any significance has been made for human development preparing nationals to work in infrastructure projects, manufacturing and service industries and agriculture.

Nor has the government used any of its oil money to establish a favorable business environment by improving road conditions or providing access to power.

Still, there was no need for the angry criticisms to be one sided calling the edict as xenophobic while insisting on an extended presence of a foreign labor force because of low average standard of education in the country with 25 percent literacy rate. This of course does not prove the country is unable to produce enough skilled and unskilled workers to meet national needs.

What is indefensible is the fact that the Western press and concerned NGOs wanted not to involve the opinions of journalists and civil society leaders in the debate. At the same time, they unscrupulously opted to portray foreign companies, NGOs and UN agencies and their foreign workers as altruistic, philanthropic souls uninterested and unwilling to exploit and profit from fragile, conflict ridden South Sudan, be it in amassing wealth or career enhancement. This war-ravaged nation has immense, untapped opportunities which should benefit the investor and the host country fairly and evenly.

Foreign businesses and investors have a key role to play in building a peaceful and stable South Sudan by making honest tax payments as well as participating in job training projects and hiring locals for well-paying jobs. A Sudan Tribune  report estimates up to 60 percent of the nation’s salaried workforce is made up of foreigners although The Economist  puts the figure at 25 percent; still very high.

It was no surprise therefore that some institutions and businesses are “100 percent foreign” according to Foreign Minister Barnaba Marial Benjamin who stressed in a Reuter’s interview in September the necessity to give jobs to citizens where there was capacity.

Opponents of the proposed foreign-worker guidelines do not seem to have looked at the recruitment methods of foreign companies and aid agencies which appear to make no satisfactory effort in search of skilled South Sudanese workers locally and in the diaspora.

I have lived in South Sudan for over two years as journalist and media consultant and here are some of my observations about real employment quandaries:

South Sudanese national James Bol (not his real name to protect his privacy) holds a Master’s Degree in management from an American University. 32-year old Bol had been looking for a job for 8 months since he returned to the homeland in early 2013. He came back after 13 years in the US where he went to school and worked as Human Resources specialist in New York State. We shared a housing compound in Juba where I tried to help him in researching addresses of NGOs, UN agencies and foreign businesses. His endeavors ended in disappointing results. Most government branches were neither hiring nor able to pay enough for his qualifications. Penniless and heartbroken, Bol, a Dinka, and his new Nuer bride returned to the U.S. having failed to secure employment in his new homeland.

John Deng (not his real name) is another well-educated, skilled worker among thousands of other competent diaspora professionals. Deng returned from neighboring Uganda after many years in exile. He holds BA degree in business administration from a Ugandan university. After a long wait without employment, Deng joined one of the leading foreign service businesses in Juba, which reluctantly hired him at a managerial level at a monthly salary of 1/3 of what it paid a foreign manager with much less education and qualification than his. The company was in clear violation of a 2012 government circular requiring “equal pay for equal work”. Though aware of the company’s discriminatory practices, neither the Juba County Labor Office nor the National Ministry of Labor intervened to end the illegal salary disparity which hurts the dignity and human rights of South Sudanese workers. Deng, with a wife and three young kids, had no choice but to take the job having wasted too much time without employment. In less than a week, Deng mastered all that was required by his new managerial position to the satisfaction of the general manager. Indeed, the company’s estimated one dozen senior and mid-level management posts were filled by foreign workers in the same way with a week or two of paid job training.

And finally, there is one of the many UN agencies (which will remain nameless) in the heart of Juba. This agency’s newly promoted Country Representative seems to reserve all managerial posts for foreigners without considering whether local or diaspora skills were available. He is no doubt protected by his agency’s contract with the government and does not have to worry about South Sudan’s 1997 Labor Law which the authorities appear to lack the capacity to implement. My observation was that none of the high paying 5 to 6 foreign held managerial posts at this UN agency including that of the Country Representative would have been too difficult for competent South Sudanese nationals to fulfill. All that would be required was to go through short-term job training and orientation programs. The agency appeared not interested in such a plan as there was no legal obligation to do so. Thus locals ended up serving mainly as drivers, kitchen workers and office or toilet cleaners while foreigners had all the profitable jobs.

Despite its diminishing popularity following the outbreak of violence in December 2013, President Kiir’s government declared last month that foreign companies and aid agencies were obliged to hire competent locals as part of a plan to create jobs and repair the economy in a country which gained its independence only three years ago after 50 years of devastating liberation struggle sacrificing 2.5 million lives.

The government welcomes responsible foreign investors who will not only work to benefit themselves but the country as well through augmentation of national revenue and creation of jobs. The plan is for the country not to become just a market for foreign businesses and traders to sell their goods and services without the participation of locals in the production and distribution of those goods and services.

Evidently, no economic growth and stability can be achieved without the introduction of a comprehensive legal structure, which, inter alia, guarantees workers’ rights and formation of independent labor unions and establishes supervisory labor offices. The time for change is now. 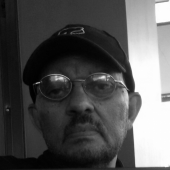