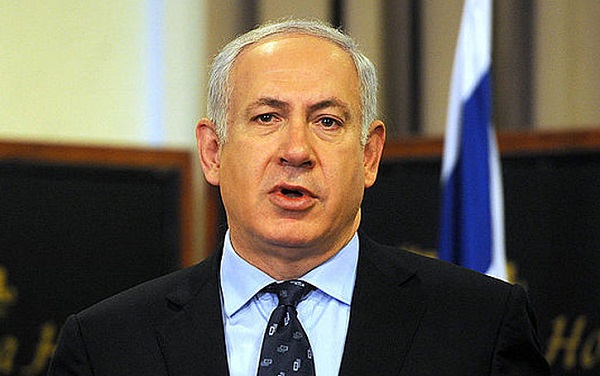 Aside from being a major military setback, Israel’s war on Gaza has also disoriented the policies of Prime Minister Benjamin Netanyahu like never before. Since the announcement of a ceasefire on 26 August, his statements appear erratic and particularly uncertain, an expected outcome of the Gaza war.

Since his first term as a prime minister (1996-99), Netanyahu has showed particular savviness at fashioning political and military events to neatly suit his declared policies. He fabricated imminent threats that were neither imminent nor threats; for example, Iraq’s non-existent weapons of mass destruction. Later, he took on Iran.

He created too many conditions and laid numerous obstacles for peace settlements to ever be realized. The late Palestinian leader, Yasser Arafat, labored for years to meet Israel’s conditions, and failed. Abbas has taken the same futile road. But Netanyahu’s conditions are specifically designed to be unattainable.

For example, Netanyahu insists that the Palestinian leadership must accept Israel’s right to exist as a Jewish state, despite the fact that millions of Palestinian Muslims and Christians share that land, which has for centuries constituted the land of historic Palestine. Signing off the rights of non-Jews is not only undemocratic, but also tantamount to clearing the way for another campaign of ethnic cleansing of Palestinians.

But in actuality, none of this truly matters to Netanyahu. For him, protracted “peace talks” are a smokescreen for his illegal settlement construction project, which remains as ravenous as ever. He is confiscating occupied Palestinian land with impunity, while insisting that Israel’s intentions have always been, and remain peaceful.

For nearly two decades, Netanyahu negotiated his political survival based on that very strategy, skillfully, although underhandedly playing on existing fears and engineering security threats. For him, Hamas, Hezbollah, the Islamic State (IS), al-Qaeda, the Muslim Brotherhood, Iran, Syria and so on, are essentially one and the same. Of course, they are not, and he knows it well.

If one skims through his speeches and media interviews throughout the years, one can easily spot the oddly fashioned discourse. No threat, however, was as consistently exaggerated and misleadingly presented as that of Hamas. Whenever the Iran discourse grew too redundant and unconvincing, and when Hezbollah (especially in the last three years) grew irrelevant, he infused Hamas. Many in the media willingly or out of sheer ignorance, played into Netanyahu’s hand, presenting the Palestinian political movement with a military wing as a menace that has “sworn” to destroy Israel.

That demonization of Palestinians was an essential component in Israel’s military strategies throughout the years, starting with the Fedayeen, then the socialists, the PLO and so on. It made the political price for war relatively easy. And, for Israel, war is a primary pillar of their policies in the region, where land is confiscated, Israel’s enemies are reminded of their place, and “taught a lesson” whenever such a lesson is needed.

War for Israel is also important as a tool to distract from political trouble at home, an under-performing economy or whatever else. Netanyahu’s and Israel’s wars on Gaza in recent years often served as that distraction from one failed policy or another. Bombing Gaza was quite a convenient and rarely costly strategy to boost the credential of Israeli politicians. Ariel Sharon mastered that art, as others did before him, including Ehud Barak, Ehud Olmert, Tzipi Livni, and of course, Netanyahu himself.

One could argue that Israel’s recent war on Gaza, code-named Operation Protective Edge, which began this year on July 8, would have taken place even if Israel’s prime minister was someone other than Netanyahu. All signs were in place that made the Israeli military move impending. Rival Palestinian factions, Hamas and Fatah, reached a unity agreement, despite strong Israeli rejection. Alone, that would have been a compelling reason for Israel to feel the need to squash Hamas and end the need for unity in the first place. But more importantly, the mood in the West Bank was begging for change. Protests and rallies were reported throughout the West Bank in June, despite Israeli attempts to crush them, with the help of the goons of the US-funded and trained PA security.

Indeed, that was more important than the unity deal itself. Palestinians were being mobilized outside the fractured political landscape that has for years existed between Hamas and Fatah. Taking the focus back to Gaza, where Netanyahu was leading a supposed war to fight terrorism, extremism and Israel’s arch enemies who are “sworn to the destruction of the Jewish state” seemed, from Israel’s Machiavellian logic, like a good idea.

In fact, Netanyahu succeeded, at least temporarily, to distract from the looming confrontation in the West Bank. But what he expected was a relatively easy battle. Hamas and other resistance groups were arguably weakened due to the advent of the so-called Arab Spring. They were partly disowned by Iran and entirely disowned by Syria, which is busy fighting its own civil war. Moreover, the removal of the Muslim Brotherhood in Egypt left Hamas politically frail and exposed. In fact, it was such vulnerability that pushed Hamas to a unity deal with Mahmoud Abbas, who, according to the deal, maintained a degree of dominance over all Palestinian factions, including Hamas itself. Just before the war, a June public opinion poll conducted by the Palestinian Centre for Policy and Survey Research (PCPSR) showed that PA President Mahmoud Abbas was winning the trust of 53 percent of Palestinians, while Hamas’ Gaza leader Ismail Haniyeh received the support of 41 percent.

Netanyahu’s war was the Israeli leadership’s attempt at capitalizing on Hamas’s purported decline. But the war was a disaster and it failed miserably. It killed more than 2,150 Palestinians and wounded over 11,000 more. The Israeli army was held back by a unified Palestinian resistance front. It lost 64 soldiers and hundreds more were injured. It cost the Israeli economy millions. The war to end Hamas gave birth to the strongest Palestinian resistance front ever.

When the war ended on 26 August, Netanyahu, the keen politician who insisted on defining the political discourse of any war or major political event, simply disappeared. Two days later, he held a press conference in which he declared that Israel had “won”. But both Israelis and Palestinians disagreed. According to a poll conducted shortly after the ceasefire announcement and reported in the Israeli Jerusalem Post, 54 percent of Israelis believe they lost the war.

On the other hand, numbers among Palestinians have dramatically shifted as well. According to PCPSR, 61 percent of Palestinians would now vote for Haniyeh, a huge climb from few weeks earlier; 94 percent were satisfied with the resistance military performance; and, more astoundingly, 79 percent said that Palestinian resistance had “won” the conflict.

Netanyahu’s war-turned-genocide backfired beyond anyone’s expectations. He helped resurrect the very movement he tried to crush. And now he is desperately back attempting to reconstruct the lost political discourse, associating Hamas to vile terrorists, and absurdly presenting Israel as a victim, just as Palestinians finished burying thousands of their dead. This time, however, few seem to believe him.