Iraq and Syria: The US Goes in Deeper 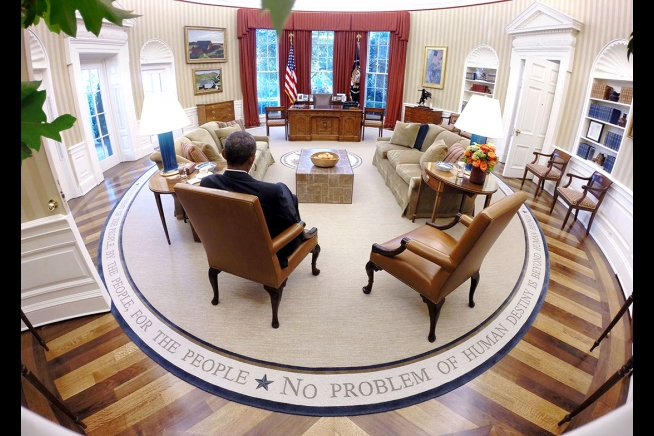 The maintenance of superpower prestige above all obligates the Obama Administration to launch a full scale air war against the against the well organized, well supplied and so far victorious barbaric Islamic State (IS) in Iraq and Syria (formerly ISIS, the Islamic State of Iraq and Greater Syria).

After 13 years of stalemated wars against al-Qaeda and the Taliban, Washington is in no position to ignore the much more powerful IS that now controls a third of the territory in two countries — larger than Great Britain and inhabited by 6 million people. This most powerful jihadist organization is the unanticipated byproduct of America’s ill-conceived imperial misadventures in the Islamic world.

Step by Step since IS’s startling early June takeover of Mosul, Iraq’s second city, President Obama has been incrementally increasing U.S. involvement while awaiting sufficient political backing at home and broad international support to launch a war on the IS.

On Aug. 27 it was reported he authorized surveillance flights over Syria. Seeking to gather support from a war-exhausted public for yet another conflict in the Middle East, White House propaganda focuses primarily on saving American lives, then helping the Kurds, rescuing refugees on a mountain top and promising not to send in ground troops, although in time contingents of Special Forces have likely entered the fray, largely sub rosa. TruthOut reported Aug. 29 that “since the second week in August, the U.S. has carried out some 100 air strikes in Ira [and] has deployed about 1,000 troops back into the country.”

Few Americans are directly threatened by the IS in the region, the Kurds are now on the offensive, the refugees have been saved (primarily by the Kurds, not U.S air power as the Pentagon brags) and now the air war will begin to unfold in earnest while Iraqi and Kurdish troops are expected to greatly intensify the ground war. The fanatically sectarian IS despises non-Sunni religions but has particular, murderous, antipathy for the Shi’ite branch of Islam. The organization also threatens Sunnis who oppose their extreme fundamentalism and violence.

The Pentagon and CIA will handle the jet fighters, bombers, drones, surveillance, communications, intelligence and concealed leadership of the ground war. Washington is now engaged in putting together another “coalition of the willing” to assist the new war one way or another. Among them are Iran, Turkey, Australia, Saudi Arabia and others.

As IS territory expands, there is a possibility that the disunified Middle East, now split into three main blocs on various matters, may combine at least on this issue to oppose the IS threat. At present, according to Arab journalist Ali Hashem, the factions are (1) anti-Shi’ite Sunni Saudi Arabia, the United Arab Emirates, Egypt and Jordan; (2) Iran [which views IS as its most formidable enemy], Syria, Iraq and Hezbollah (the Shi’ite organization in Lebanon); and (3) the Turkey-Qatar alliance, which leans toward Muslim Brotherhood.

Washington must deal with a throbbing contradiction — Syria. President Obama has been working toward regime change in Damascus for three years, seeking to oust the Alawite/Shia regime of Bashar Hafez al-Assad in favor of Sunni governance allied with Washington. He was going to bomb Syria last year, only to be saved from this unpopular move by Russian President Vladimir Putin, who convinced Assad to agree to the destruction of his chemical arsenal. Obama returned the favor by backing the overthrow of the pro-Russian president of Ukraine.

Obama’s monomania has resulted in the Sunni jihadist takeover of the battle against Assad including IS, al-Qaeda’s Jabhat al-Nusra and other fighting groups dedicated to the fundamentalist Salafi movement. The Oval Office clings to its now virtually inconsequential acquisition, the Free Syrian Army, largely a product of U.S. machinations and exiled Syrians with little standing in their homeland.

The U.S. is soon going to bomb IS’s large land procurements in northern Syria, but international law stipulates it needs permission from the Syrian government. President Assad says he will grant permission but the U.S. must first ask the sovereign state of Syria. Obama, according to the New York Times “is loath to be seen as aiding the Syrian government, even inadvertently.”

The White House later announced it did not plan to coordinate its bombings or cooperate in any way with Syria. Damascus replied:  “Any strike which is not coordinated with the government will be considered as aggression.” It is doubtful the Syrian government could do anything about it, of course.

At the same time, there remains the possibility that impending U.S. air attacks over IS-held regions of Syria may in time expand to the large territories held by the Assad regime, particularly if the jihadist forces are pushed back and the FSA is strengthened.

With demands in Congress for further action against the Syrian regime — from influential warhawks such as probable Democratic Party presidential nominee Hillary Clinton and former Republican presidential candidate John McCain — there’s no telling where perceived opportunity may knock for the commander in chief. Clinton has recently suggested that the IS developed because Obama didn’t fight strongly enough against Assad — a foretaste perhaps of things to come.

The White House made a strategic mistake to begin with by seeking to depose Assad but now feels obliged to “stand its ground” in entirely new conditions rather than change course. This is power vanity, not routine power politics. Meanwhile IS has launched a major “revenge” offensive against the major Syrian city of Aleppo with a population of over 2 million.

The unspoken main reason the U.S. was fixated on Assad was to weaken Iran by removing its principal and virtually only Arab ally. Washington’s blundering aggression against Iraq resulted in a geopolitically empowered Teheran by removing its biggest enemy in Baghdad.

This allowed the Shi’ites — a disrespected minority within large portions of the international Sunni community — would now extend West to East from Iran through Iraq to Syria and south to bifurcated Lebanon’s Shia community and its powerful self-defense organization Hezbollah. The Shia comprise up to 13% of the Muslim world’s 1.7 billion people; the rest are Sunni, with some small offshoots from both.

Equally opposed to a stronger Shi’ite sector is the self-appointed proprietor of Sunni dominance in the Middle East, U.S.-protected Saudi Arabia. That’s why the Saudis supported U.S./Israeli threats against Iran and why they helped finance and organize the jihadist opposition to Assad, Iran’s Arab ally.

President Obama knew this all along. As early as two years ago the N.Y. Times accurately reported at the time: “Most of the arms shipped at the behest of Saudi Arabia and Qatar to supply Syrian rebel groups fighting the government of Bashar al-Assad are going to hard-line Islamic jihadists, and not the more secular opposition groups that the West wants to bolster.”

Washington maintained the fiction that the FSA had a chance to prevail while Obama stood aside as the jihadists trampled over Syria competing for the head Assad. The IS — originally an al-Qaeda offshoot — emerged the front runner from this swamp of jihadist expansion.

It is of interest that the explosive entrance of IS into the equation has motivated Saudi Arabia to meet with arch rival Iran for discussions about how “the Islamic State jihadist movement has complicated the countries’ regional struggle for influence,” according to Stratfor Aug. 26.

This wealthy reactionary monarchy — Washington’s closest Arab ally — is the main exponent of the ultraconservative, repressive Wahhabi branch of Islam that is nearly identical to the jihadist Salafi movement embraced by the IS, al-Qaeda, the Taliban and other such groups.

Saudi Arabia financially aided most of these groups in Syria, but it recently decided to oppose IS, mainly because the House of Saud fears this organization may seek to undermine the kingdom itself.