Modi Unlikely to Forgive US or Pursue Sectarian Agenda 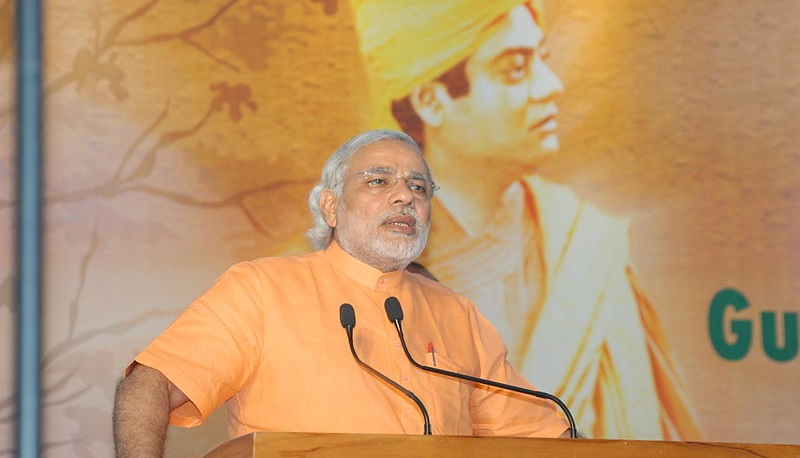 On Nov. 1, 2004, Jaswant Singh, then opposition leader in the upper house of India’s parliament, shared an anecdote with the U.S. ambassador during a conversation in his official residence in the prime minister’s compound in New Delhi.

Singh, who previously was finance, defense, and foreign minister, told Ambassador David Mulford that Prime Minister Atal Behari Vajpayee had made three major efforts to end hostility with Pakistan: first in Lahore in 1999, then in Agra in 2001, and again in Srinagar in 2003.

In each instance, the only driver was the prime minister’s personal resolve “to make peace with Pakistan his lasting legacy,” although the initiative directly contradicted his Hindu nationalist Bharatiya Janata Party’s avowed goal to reabsorb the Muslim nation into India.

Vajpayee’s efforts to advance India’s interests also took him over the Himalayas and across the Atlantic to China and America. He and his foreign minister, Singh, resolved between themselves to make relations with Washington a top priority.

Will India’s new prime minister, Narendra Modi, who led the BJP to win 282 of 543 parliamentary seats in the just concluded elections — and who had been barred from visiting the United States for a decade on account of human rights violations — follow Vajpayee’s footsteps?

In fact, Modi has already made some unexpected moves, inviting regional leaders, including Pakistan’s Prime Minister Newaz Sharif and Sri Lanka’s President Mahinda Rajapaksa, to his swearing-in ceremony on May 26. The move has angered state leaders in India. Tamil Nadu’s Chief Minister Jayalalithaa Jayaram boycotted the event over the inclusion of the Sri Lankan, who fought for two decades against rebels from his country’s Tamil minority. But Modi’s message is clear: state leaders will no longer be allowed to veto India’s foreign policy, as some of them did under the previous government.

Modi has no foreign policy experience. So, at least for now, India’s entrenched technocrats will shape his diplomatic agenda, but they will be driven by two overriding mantras: make India stronger, both militarily and economically, and make peace with neighbors.

No one should be surprised if Modi makes a dramatic gesture to Pakistan to resolve issues that have plagued the two nuclear-armed neighbors for decades. He may even offer a comprehensive peace deal, although he will find the Kashmir problem almost insurmountable. He certainly would seek to boost trade with China — and tackle border disputes, another arduous task that will test his nerves of steel.

He is, however, unlikely to show the same magnanimity toward the United States. His gesture toward Washington will depend on how much benefit he can expect to derive from an initiative. Modi, former chief minister of the Gujrat state, will not forgive America for making him persona non grata for more than a decade on account of his alleged involvement in the 2002 riots in his state that killed more than 1,000 Muslims.

In the aftermath, Modi heard howls not just from the U.S. government. He also had to contend with loud activists. He was scheduled to speak last year via Skype at the Wharton School of the University of Pennsylvania, but the invitation was withdrawn after student organizers and professors protested his participation.

The travel ban was lifted recently after Washington realized Modi was likely to become India’s prime minister, but the healing will take a long time. Unlike Americans, who tend to measure everything in terms of money, Indians are sensitive about personal and national affront. All politics is personal, so is diplomacy. All indications are Modi’s first overseas trip is likely to take him to Bangladesh, an impoverished neighbor, or China, a not-so-friendly business partner — and not to the United States, the mightiest and wealthiest nation on earth.

A hint of how Modi will deal with the United States came three years ago from Arun Jaitley, the new finance minister. He warned U.S. Charge d’Affaires Robert O. Blake Jr. in 2011 “that the Modi controversy continues to fester among the party rank and file, who see the chief minister’s visa revocation as a personal attack on a leader of the party that began the transformation of U.S.-India relations.”

Modi himself gave a piece of his mind when he talked with U.S. Consul General David S. Owen on Nov. 27, 2006, accusing the United States of interfering in Gujrat’s “internal affairs” and rebuking Washington for its own human rights violations in Abu Ghraib and Guantanamo as well as attacks on Sikhs in America after Sept. 11.

Although Washington was slow to make amends, U.S. diplomats in India saw the potential peril coming down the pike. “We believe it would dilute our influence to avoid Modi completely. If we waited to engage Modi after he attains national stature within India’s largest and most important opposition party, many in the BJP would likely view this as an opportunistic move and only deepen the suspicions cultivated by some BJP leaders…” the U.S. Consulate General in Mumbai informed Washington in 2006.

Besides Modi’a personal grievances, the U.S.-India relationship faced one of its worst crises in years in 2013 when U.S. authorities arrested a New-York-based Indian diplomat on charges of lying in a visa application for her servant. Indians accused America of humiliating the diplomat through a strip-search. The row ultimately eased when the diplomat, Devyani Khobragade, was allowed to return home just as she was indicted. When Nancy Powell, U.S. ambassador in New Delhi, met with Modi earlier this year, he expressed his displeasure over the treatment given to the Indian diplomat

Since the riots, Modi has sought to polish his image. He appears to have learned his lesson from the violence. Despite his checkered past, one thing seems almost certain: nder his watch, India is unlikely to see another major communal strife. He won’t allow it to happen again. Modi, the son of a provincial tea-seller, gained political mileage from the violence in 2002, and there is no more to be gained. Moreover, he is now well aware of its repercussions at home and abroad. The burden of leadership will discourage him to pursue a sectarian agenda.

Modi has so far expressed no regrets for the riots. His supporters have argued that his focus on economic development is the keystone to his image softening. Nevertheless, should Modi wish to be seen as a statesman in the vein of Vajpayee or L.K. Advani, former deputy prime minister under Vajpayee, and be more acceptable on world stage, he is likely to do more to soften his image.

Before Modi, other Hindu nationalist leaders — such as Singh and Advani— have changed their posture once they came to New Delhi. Advani softened his image as a Hindutva firebrand, praising Pakistan’s founder M.A. Jinnah and regretting the violence that followed the demolition of the Babri Masjid, a mosque in Ayodhya.

Modi, however, has more than his lasting legacy to ponder about. The 63-year-old prime minister will also seek to ensure his party’s continued grip on the Indian electorate, a consideration that could tie up his hands.

One issue that will give Modi a hard time is foreign direct investment in India’s retail sector. His party opposes opening up the sector to foreign direct investment (FDI), which enables global giants like Wal-Mart Stores Inc. to enter the Indian market. BJP leaders figure that FDI’s economic merits will be swamped by political costs of challenging India’s trader class. Small shop holders are a backbone of Indian society, so opening the sector to foreign companies will be politically suicidal. Modi, however, intends to tell foreign investors that India is open for business, putting him at odds with his own party.

Since his elevation to chief minister in 2001, Modi has been admired for his commitment to economic growth in his state, although despised for his role in the 2002 riots. Hidden behind this apparent picture, Modi has a past that spans over several decades.

Modi began his political career in Gujarat in the Rashtriya Swayamsevak Sangh, a Hindu nationalist organization, as a core full-time publicity worker, taking vows of chastity and asceticism. Joining the BJP in 1987, Modi came to prominence within the party in 1991 by organizing a 1,200-mile trek to the site of a major Hindu-Muslim disputed religious site. This political pilgrimage marked the arrival of the BJP as a national party, and generated support and publicity for one of its key issues, the demolition of the Babri Masjid and building a Hindu temple on the site.

Business leaders in India generally praise Modi for Gujarat’s strong economic performance. He has provided a good business environment, limited corruption and introduced efficiencies, pleasing the state’s enterprising citizens. Known to be incorruptible in a country plagued by bribery, Modi once asked Baba Kalyani, chairman of Bharat Forge, who went to set up a plant in Gujarat, to notify him if any official asked for a bribe. To his credit, Modi quickly realized that “the best way to maintain power is to improve the life of the people and not make empty promises.” So, he electrified the villages and ensured adequate drinking water for all residents in Gujarat.

Views remain divided on whether Modi’s leadership style will help or hurt him. In public appearances, he can be charming and likeable. By all accounts, however, he is an insular, distrustful person who prefers to rule with a small group of advisers. This inner circle will act as a buffer between him and his cabinet. He will reign more by fear and intimidation than by inclusiveness and consensus; he is rude, condescending, and often derogatory to even high-level party officials. He will hoard power and often leave his ministers in the cold when making decisions that affect their portfolios.

His abrasive leadership style could alienate many of his comrades. He faced angry colleagues in Gujrat, but managed to quell their subsequent rebellion by branding them as corrupt opportunists who were disgruntled because he denied them the tools of political patronage and corruption.

The dynamics of politics and diplomacy will require a more conciliatory and consensual style in New Delhi. Implementing his vision through India’s vast and disparate bureaucracy will be a significant challenge for Modi. In other words, the skills, style and political environment that contributed to success in Gujarat may not translate automatically into success at the union government.

In addition to the issues related to his personal traits, Modi faces an organizational stumbling block on the domestic front. The BJP is subject to intense rivalry. Modi is a favorite of Jaitley. But he does not get along with Sushma Swaraj, his new foreign minister, Rajnath Singh, BJP chief and new home affairs minister, and Venkaiah Naidu, minister for urban development and parliamentary affairs. This acrimony will vex Modi if he deviates too much from the BJP’s charted course, as Singh discovered during Vajpayee’s rule. “I have paid a political price for my support of better relations” with Washington, he told the American envoy, joking that he had been labeled as a “CIA agent” within his own government. 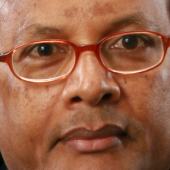 B. Z. Khasru, editor of The Capital Express in New York, is author of Myths and Facts Bangladesh Liberation War: How India, U.S., China and the USSR Shaped the Outcome and The Bangladesh Military Coup and the CIA Link. He is working on a new book, The King's Men, One Eleven, Minus Two, Secrets Behind Sheikh Hasina's War on Yunus and America.