South Sudan Has Failed to Justify Its Existence 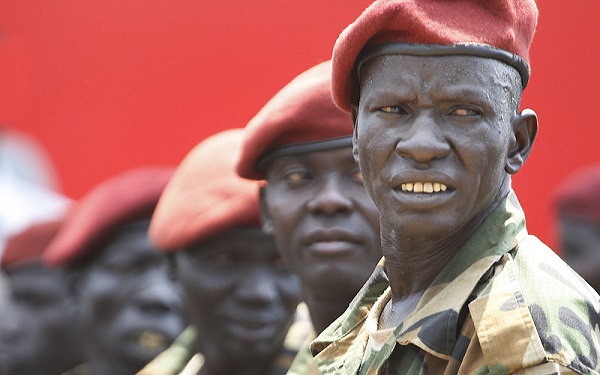 Earlier in May, the South Sudanese government resumed its negotiations with the rebels. That very week, the Sudan Tribune reported that numerous civilians,who had sought shelter at a United Nations base in Bor were killed by an unknown mob. Also, trainee soldiers were shot in Mapel, and several other civilians were killed in Bentiu, allegedly by the rebels.

The international media, on the other hand, either refused to cover the crisis in South Sudan or simply chose to highlight the fact that both sides are now negotiating with each other. Sadly, the negotiations seem to be headed nowhere, and chances of peace in South Sudan do not look good.

The ongoing violence is ripping apart South Sudan’s cohesive nationhood. Human rights violations, especially against civilians, have become the norm. Take the case of Bor and Bentiu: non-combatants were actively targeted, based on ethnic lines. Of course, the commanders of both the army and the rebels insist that their troops acted only in self-defence, but the truth is evident.

As such, collateral damage keeps piling up. ReliefWeb International counts over a million people as internally displaced refugees, whereas Oxfam has noted acute food shortage for almost 70% of the South Sudanese populace.

Quite obviously, things keep getting from bad to worse in South Sudan.

The negotiation summit in Addis Ababa seems to be headed nowhere. President Salva Kiir’s governance is under the scanner, and rebel leader Riek Machar too does not have a promising resume.

There have been two vague suggestions as well. First, an interim government should be formed with the help of a coalition led by both Machar and Kiir. Second, both the parties should be eliminated, and a separate body should be set up to lead South Sudan.

Both of the above suggestions have been discarded. The first one (coalition government) is unacceptable to both the parties, and the second one (political alternative) smells of nothing but political opportunism.

Considering the fact that neither party is willing to blink first, the negotiation talks are surely not reaching their destination anytime soon. Both the USA and United Nations seem to have accepted the failed outcome of the negotiations, and are now contemplating the imposition of sanctions. As a matter of fact, on his recent visit to Ethiopia, US Secretary of State John Kerry talked a good deal about potential sanctions on both the government and rebels of South Sudan.

A regional peacekeeping force is expected to be sent into South Sudan. However, this route too is not without its share of problems. One constituent member of the peacekeeping force, Uganda, openly takes sides and backs the Salva Kiir government. More importantly, regional peacekeepers are almost always accused of furthering their own political and economic motives. A better option would be to retain the existing UN peacekeeping mission, but the South Sudanese government is not on good terms with the United Nations.

All said and done, the situation keeps getting from bad to worse in South Sudan. Since the negotiations have failed in maintaining ceasefire in the country, and civilians’ lives are at stake, international sanctions and military intervention seem to be the only way out. Either option is not without pitfalls, and the future does not seem good for South Sudanese people.

South Sudan was created by forcibly partitioning Sudan. Today, the very existence of this new country is in jeopardy. Luckily, Sudan is still doing pretty well for itself and has managed to keep its house intact. South Sudan, on the other hand, has been unable to justify the balkanization of what was once Africa’s largest nation.

Bottom-line: South Sudan has ‘Failed State’ written all over it.