Why Israeli Officials are Chuckling: The ‘Stable’ West Bank Dilemma 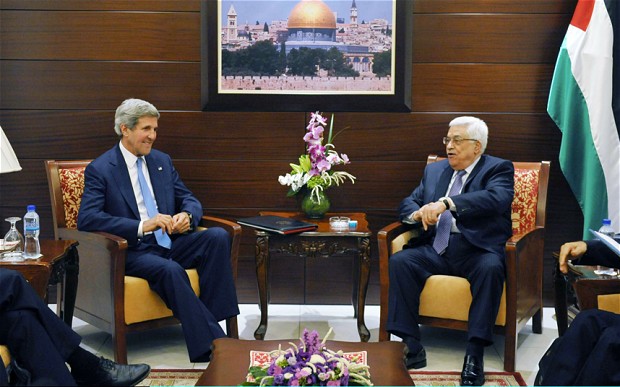 Israel’s deputy foreign minister, Ze’ev Elkin, is a member of Benjamin Netanyahu’s Likud party and his predominantly rightwing cabinet. In a recent interview with The Economist, Elkin used the familiar tone of being conceited and oblivious to such notions as international or human rights, and reaffirmed his rejection of a Palestinian state.

Instead, Elkin wants Israel to annex a chunk of the West Bank. There is nothing new here, as such language is now official Israeli discourse. But one statement stood out, one that many Palestinians would find bewildering and exasperating.

These days, said Elkin with a chuckle, the West Bank is “the most stable part of the Middle East”.

The bewilderment would stem from the fact that the West Bank is an occupied Palestinian territory. Its population is held at gunpoint; they have no freedom, and enjoy no rights. Their land is seized by force to make room for more settlements and illegal Jewish settlers, now numbering well passed the half million mark.

Needless to say, the West Bank should not be stable.

Instead, Palestinians should be leading their own revolution until they achieve their full rights and freedom. This is not a call for violence, but a natural human course. However, Palestinians are not rebelling. Many factors are holding them back, one of which is the very Palestinian Authority in Ramallah. Its troops are in constant ‘security coordinations’ with Israel. Its ‘elite forces’ are trained by US generals and Arab armies. The PA mission is not to liberate Palestine, but to ensure the subservience of the Palestinians while Israel carries on with a colonial project that has extended for decades.

Deputy foreign minister Elkin knows this. Netanyahu himself, along with every Israeli official, understands that the PA, despite Mahmoud Abbas’ occasional attempts at appearing defiant and rebellious, is no threat to Israel, nor will it ever be. This will be so even if the US-imposed April 29 deadline for a ‘framework’ agreement between the Israeli government and the PA passes and even if Abbas took the seemingly daring step of signing the applications to join 15 international organizations. Abbas and his men understand that there are red lines which they cannot cross under any circumstances.

Abbas may be weak, but he is clever. He knew that Kerry’s peacemaking efforts would not go anywhere and that Israeli Prime Minister Benjamin Netanyahu would find a way to thwart the process. If Abbas were lucky, Kerry could even blame Israel for derailing the peace process, as he already has. Then, Abbas would do what many would find reasonable; seek further international recognition for the state of Palestine. This might frustrate the Americans a little, anger the Israelis a lot, but it would give his supporters reason to promote the 79-year-old leader as another Yasser Arafat, heroic and defiant to the very end.

The Israelis still need Abbas. He is important in maintaining ‘stability’ in the West Bank. This means the continuing of the security coordination that ensures the safety of the armed settlers, providing an extra layer of protection to Israeli soldiers as they kill at will, seize more land, demolish homes and trees, erect walls, dig trenches, and level mountains. So what if some imaginary state existed on papers in the files of some international body in Geneva or Brussels. For Israel, the law is that of its military, and reality is what is taking place in Area C, not in some European capital.

This is why Elkin is chuckling. He is at ease, in the same way the Israeli political establishment is. Since the signing of the Oslo Accords in 1993, a deal was struck between Israel and what became a pervasive, controlling and corrupt Palestinian political class. Israel maintained its military occupation, carried on with its colonial project and continued to disfigure the occupied territories in any way that it found consistent with its ‘security’ needs. Palestinian elites were granted economic privileges and access that is denied to the vast majority of the Palestinians.

The PA’s constant challenge is to maintain a level of legitimacy. True, it uses its monopoly on force, which is readily sanctioned by Israel, in order to arrest, torture and kill resisting Palestinians when necessary. It uses the logic of trickledown economics to hold the bulk of Palestinians hostage to winning their daily bread. But that is not enough. It needs a brand to market itself as the exclusive harbinger of freedom for Palestinians. It uses slogans, flags and kuffiyas to promote that brand through its control of the media. Many PA supporters dance to that tune and playact that Abbas and only Abbas is capable of exacting the coveting liberation of Palestine from the obstinate hands of the Israeli prime minister.

Palestinian officials are proficiently inflating Abbas’ image to ensure that Palestinians don’t question the wisdom of their aging leader, after the latest and predictable failure of the peace process, which was never truly meant to succeed anyway. A Palestinian official spoke of Abbas’s refusal to heed a call by US Secretary of State John Kerry to halt applications to join international treaties. He claimed that Kerry warned Abbas of a ‘strong (Israeli) response to Palestinian action. Abbas replied: “Israel’s threats scare no one. They can do what they like.”

The words were repeated in Palestinian media. The Abbas image is being overstated once more. There is no space for those who question the man’s credibility, legitimacy or failed methods. More posters of the old man are now erected in the occupied Palestinian towns. His latest antics will help perpetuate the myth that the PA is a platform for resistance, not capitulation.

As long as the West Bank is ‘stable’, and as long Abbas, and those that follow him continue to sell Palestinians old illusions of revolutions that never took place, and heroes that only exist on colored posters hung around the streets of Ramallah, Elkin will continue to chuckle.

And as long as the West Bank is ‘stable’, Palestinians will never achieve their freedom, for submission achieves no rights; only resistance does.