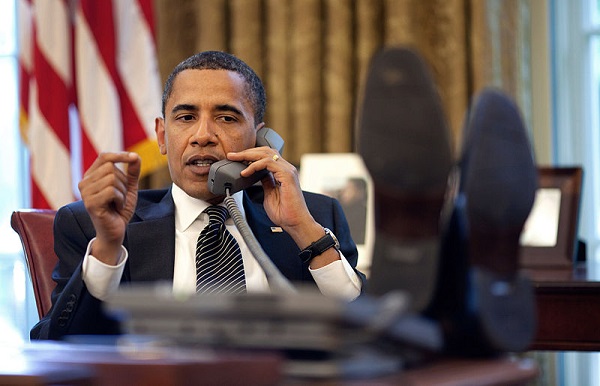 “Look for the AIPAC hand whenever the US gets embroiled in a foreign policy debacle. Zionist agents will engender conflict and continue riding the American wagon – as it rode the German and the British before – until the US becomes useless. Then they will jump on the next world power wagon.”

“[Obama’s] ideas were stirring. Time and again the president invoked democracy, self-determination, human equality, territorial integrity and dignity—principles the U.S. has nullified in its policy in Israel and Palestine.”

It was a different world two decades ago.  The Soviet Union under Yeltsin’s hand capitulated to the west and the slow march away from a democratizing state began.  The west had ‘won’ the Cold War and had it within its range to make a global ‘peace dividend’ with promises to not extend NATO into eastern Europe.  The U.S. economy, although already on the path to serious economic debt problems, had worked side by side with China for a new era of global prosperity, at the same time that the economic tide in Russia was all about asset stripping and the rise of the oligarchs.

In Israel, the First Intifada was over, and the Oslo Peace Accord was in the making, giving recognition to the PLO as the representatives of the Palestinian people, and establishing the Palestinian Authority, and various areas of Israeli/Palestinian control in the West Bank.

Global peace was set to break out.

One group had it mind to determine what kind of peace it was to be: the participants in the Project for a New American Century, headed by William Kristol and Robert Kagan.  Among their many stated ideas was the concept of “full spectrum dominance” within which Richard Perle and Paul Wolfowitz were advocating for “first strike winnable nuclear war.”   There were to be no new rivals to U.S. dominance on land, sea, air, or space and U.S. economic and political dominance of the world was assured.  This process, “even if it brings revolutionary change, is likely to be a long one, absent some catastrophic and catalyzing event––like a new Pearl Harbor.”   This group already had its sights on Iraq and provided much support for their Israeli partners in the Middle East.

A new Pearl Harbor did arrive.

Plans that were ready, and processes that were moving slowly, immediately went into fast forward after the 2001, 9/11 events.  Regardless of its initiation, 9/11 created the impetus and propaganda necessary for a new generation of militaristic actions around the world operating under the general rubric of the “War on Terror.”  It launched an era of surveillance and authoritarian laws that have greatly diminished the democracy status of the U.S. and its allies. Financially, it marked the beginning of an era in which global finances became dangerously debt ridden as the costs of the wars added to the consumptive debt of a highly leveraged global economic system.

Israel rode on these ideas, strengthening its image as ‘victim’ surrounded by a sea of terrorists intent on destroying it, regardless of its own military predominance, its hundred or so deliverable nuclear warheads, and its continuing unqualified financial and military/surveillance/security support from the U.S. and its allies.  The ‘peace process’ amounted to nothing more than a lot of delaying talks while more and more settlements were built on more and more Palestinian land.  This outpost of western democracy held against the aggressive hordes of Muslim fanatics.

Global peace was not at hand, and the ‘long war’ settled into the normalcy of daily propaganda, biased mainstream newscasts, and the supposed ever increasing wealth of the western nations.   Democracy and freedom were exported from the barrels of many guns and rocket launchers.

For the PNAC supporters, something different happened along the way.  In spite of its military hardware, the U.S./NATO alliance stalled in Afghanistan and Iraq.  Its ‘victories’ as with Yugoslavia and Libya came at the end of long and severely damaging aerial bombings, leaving behind broken promises, broken people, and broken cultures.

The poor financial status of the western countries became increasingly more evident, reaching its apogee with the 2008 economic collapse that threatened all major U.S. and EU financial corporations.  The save was made from the power of the petro-dollar, the world’s reserve currency, which was printed up in the many trillions of dollars by the US Federal Reserve system in order to bail out the essentially bankrupt banks and financial institutions upon  which the U.S./EU economy depended (at least for the powers that be).

Still powerful, still belligerent, the U.S.’s plans/ideals as controller and comptroller of the world have not been realized.   There are many factors that have stopped their dominance, too many to recount and enumerate here, but they can be summarized into two general categories.

First, is the political-military resistance of a reinvigorated Russian state, reacting strongly to increasing pressures towards its containment and eventual disintegration.   Within that resistance is a strong political will, a no-nonsense recognition of its own vital interest, and increasing resource and financial power within its relationships with EU countries and with the world’s largest state, China.

Secondly, and fully related to the above, are the changing circumstances of the value of the U.S. petro dollar, the rise of China as an important economic player, and the large financial problems—essentially enormous unpayable debts—domestically and externally for the U.S.  Add to this the increasing awareness of the power of the BRIC nations and their search for an alternative to the petro dollar as the world’s reserve currency, and the U.S. position becomes very untenable.

All this comes to a head with the U.S.’ instigation of the coup in the Ukraine, from which Russia recovered the Crimea.  Those actions follow on Russia’s actions in relation to Syria and Iran, demonstrating that the ‘new’ world order is not exactly what it was supposed to be.

What happens next is still highly speculative, but short of initiating a nuclear war, the U.S. will have to adjust to the now multi-polar world that is emerging. Their global military dominance is fine against smaller, much weaker countries, but has met its mutually assured destruction match with Russia.

Through All This, Where Is Israel?

The opening quotes highlight the possible shape of things to come for Israel/Palestine.  While the world is pre-occupied with the Ukraine/Syria/Iran, Israel continues its decades-long program of ethnic cleansing and settlement building.   Obama’s words about international law and democracy are the ultimate in double standards and hypocrisy, in relation to all its military actions around the world and in relation to Israel, where Secretary of State John Kerry ineptly tries to salvage something positive from the current dead end process.

What intrigued me more were the words by Jamal Kanj, “until the US becomes useless.  Then they will jump on the next world power wagon.”  In other words, does Israel really ‘need’ the U.S. in the newer world order, or will it dispense with U.S. interests and set up accommodations with other powers? And where will that leave the Palestinians?

The future is all speculation, but Israel could well surprise itself and the world in reaching out for new paramours to support itself.   It is a mini-super power in its own right, has large military-security-surveillance structures that are tradable for other goods and necessities.  The U.S. and its allies have strong religious ties to Israel, partly through Christian right fundamentalist beliefs and through their own Jewish populations and the power they hold domestically (or are perceived to hold). But with declining military influence and potential huge financial losses as the U.S. dollar declines, Israel will be looking elsewhere.

Other countries while superficially hostile, may be much more accommodating.  China has no argument with colonization and settlements.  India cannot argue the point very well either.  Russia may take advantage of opportunities to strengthen ties with Israel, and this triumvirate may well encourage Israel to settle its dispute with Iran and get on with business.  Syria may be a larger sticking point by proximity, but it is interesting that for all that is happening in the region, I have yet to read about Israel’s annexation of the Golan Heights as a factor in any of this.

The Arab countries, while overtly hostile, are quite docile in the face of Israeli power and their own internal control issues.  Saudi Arabia has become a trading partner with China and would not create unnecessary aggravations to their own survival with ongoing hostility to Israel.

This presents a rather negative prospectus for Palestinians in that it may well be business as usual, just with different partners.  The positive side may well be the BDS movement which may find surprising support from the BRICS if South Africa maintains its current viewpoint.  Further, if the EU were ‘emancipated’ from U.S. overlordship with changes to the financial and military structures, more attention may be paid to the BDS movement.

As far as Israel is concerned, business as usual with a new paramour or group thereof will suit it just fine.  How it actually turns out is entirely unknown.  For the Palestinians, BDS remains the single most powerful instrument to achieve their democratic freedoms.