US Policy Toward Ukraine: Hypocrisy of this Magnitude Has to Be Respected 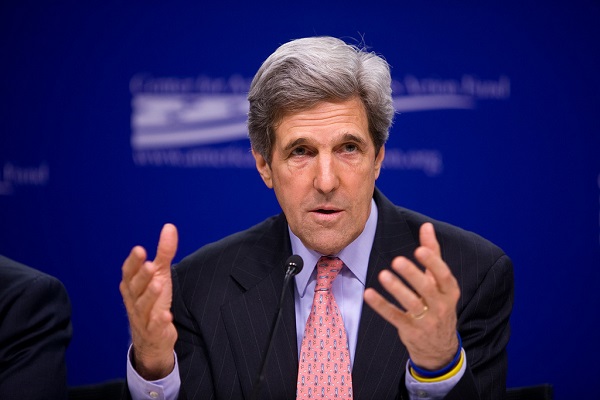 When it gets complicated and confusing, when you’re overwhelmed with too much information, changing daily; too many explanations, some contradictory … try putting it into some kind of context by stepping back and looking at the larger, long-term picture.

The United States strives for world domination, hegemony wherever possible, their main occupation for over a century; it’s what they do for a living. The United States, NATO and the European Union form The Holy Triumvirate. The Holy Triumvirate has subsidiaries, chiefly The International Monetary Fund, World Bank, World Trade Organization, International Criminal Court … all help to keep in line those governments lacking the Holy Triumvirate Seal Of Approval: the IMF, WB, and WTO impose market fundamentalism, while foreign leaders who act too independent are threatened with being handed over to the ICC for heavy punishment, as the United States imposes sanctions on governments and their leaders as only the King of Sanctions can, lacking any sense of hypocrisy or irony.

And who threatens United States domination? Who can challenge The Holy Triumvirate’s hegemony? Only Russia and China, if they were as imperialistic as the Western powers. (No, the Soviet Union wasn’t imperialistic; that was self-defense; Eastern Europe was a highway twice used by the West to invade; tens of millions of Russians killed or wounded.)

Since the end of the Cold War, the United States has been surrounding Russia, building one base after another, ceaselessly looking for new ones, including in Ukraine; one missile site after another, with Moscow in range; NATO has grabbed one former Soviet Republic after another. The White House and the unquestioning American mainstream media have assured us that such operations have nothing to do with Russia. And Russia has been told the same, much to Moscow’s continuous skepticism. “Look,” said Russian president Vladimir Putin about NATO some years ago, “is this is a military organization? Yes, it’s military. … Is it moving towards our border? It’s moving towards our border. Why?”

The Holy Triumvirate would love to rip Ukraine from the Moscow bosom, evict the Russian Black Sea Fleet, and establish a US military and/or NATO presence on Russia’s border. (In case you were wondering what prompted the Russian military action.) Kiev’s membership in the EU would then not be far off; after which the country could embrace the joys of neo-conservatism, receiving the benefits of the standard privatization-deregulation-austerity package and join Portugal, Ireland, Greece, and Spain as an impoverished orphan of the family; but no price is too great to pay to for being part of glorious Europe and the West!

The Ukrainian insurgents and their Western-power supporters didn’t care who their Ukrainian allies were in carrying out their coup against President Viktor Yanukovych last month … thugs who set policemen on fire head to toe … all manner of extreme right-wingers, including Chechnyan Islamic militants  … a deputy of the ultra-right Svoboda Party, part of the new government, who threatens to rebuild Ukraine’s nukes in three to six months.  … the snipers firing on the protestors who apparently were not what they appeared to be (a bugged phone conversation between Urmas Paet, the Estonian foreign minister, and EU foreign policy chief Catherine Ashton, reveals Paet saying: “There is now stronger and stronger understanding that behind the snipers it was not Yanukovych, but it was somebody from the new coalition.”)  … neo-Nazi protestors in Kiev who have openly denounced Jews, hoisting a banner honoring Stepan Bandera, the infamous Ukrainian nationalist who collaborated with the German Nazis during World War II and whose militias participated in atrocities against Jews and Poles.

The Israeli newspaper Haaretz reported on February 24 that Ukrainian Rabbi Moshe Reuven Azman advised “Kiev’s Jews to leave the city and even the country.” Edward Dolinsky, head of an umbrella organization of Ukrainian Jews, described the situation for Ukrainian Jews as “dire” and requested Israel’s help.

All in all a questionable gang of allies for a dubious cause; reminiscent of the Kosovo Liberation Army thugs Washington put into power for an earlier regime change, and has kept in power since 1999.

The now-famous recorded phone conversation between top US State Department official Victoria Nuland and the US ambassador to the Ukraine, wherein they discuss which Ukrainians would be to Washington’s liking in a new government, and which not, is an example of this regime-change mentality. Nuland’s choice, Arseniy Yatseniuk, emerged as interim prime minister.

The National Endowment for Democracy, an agency created by the Reagan administration in 1983 to promote political action and psychological warfare against states not in love with US foreign policy, is Washington’s foremost non-military tool for effecting regime change. The NED website lists 65 projects that it has supported financially in recent years in Ukraine.  The descriptions NED gives to the projects don’t reveal the fact that generally their programs impart the basic philosophy that working people and other citizens are best served under a system of free enterprise, class cooperation, collective bargaining, minimal government intervention in the economy, and opposition to socialism in any shape or form. A free-market economy is equated with democracy, reform, and growth; and the merits of foreign investment in their economy are emphasized.

The idea was that the NED would do somewhat overtly what the CIA had been doing covertly for decades, and thus, hopefully, eliminate the stigma associated with CIA covert activities. Allen Weinstein, who helped draft the legislation establishing NED, declared in 1991: “A lot of what we do today was done covertly 25 years ago by the CIA.”

NED, receives virtually all its financing from the US government ($5 billion in total since 1991 ), but it likes to refer to itself as an NGO (Non-governmental organization) because this helps to maintain a certain credibility abroad that an official US government agency might not have. But NGO is the wrong category. NED is a GO. Its long-time intervention in Ukraine is as supra-legal as the Russian military deployment there. Journalist Robert Parry has observed:

“For NED and American neocons, Yanukovych’s electoral legitimacy lasted only as long as he accepted European demands for new ‘trade agreements’ and stern economic ‘reforms’ required by the International Monetary Fund. When Yanukovych was negotiating those pacts, he won praise, but when he judged the price too high for Ukraine and opted for a more generous deal from Russia, he immediately became a target for ‘regime change.’”

Thus, we have to ask, as Mr. Putin asked – “Why?” Why has NED been funding 65 projects in one foreign country? Why were Washington officials grooming a replacement for President Yanukovych, legally and democratically elected in 2010, who, in the face of protests, moved elections up so he could have been voted out of office – not thrown out by a mob? Yanukovych made repeated important concessions, including amnesty for those arrested and offering, on January 25, to make two of his adversaries prime minister and deputy prime minister; all to no avail; key elements of the protestors, and those behind them, wanted their putsch.

Carl Gershman, president of NED, wrote last September that “Ukraine is the biggest prize”.  The man knows whereof he speaks. He has presided over NED since its beginning, overseeing the Rose Revolution in Georgia (2003), the Orange Revolution in Ukraine (2004), the Cedar Revolution in Lebanon (2005), the Tulip Revolution in Kyrgyzstan (2005), the Green Revolution in Iran (2009), and now Ukraine once again. It’s as if the Cold War never ended.

The current unbridled animosity of the American media toward Putin also reflects an old practice. The United States is so accustomed to world leaders holding their tongue and not voicing criticism of Washington’s policies appropriate to the criminality of those policies, that when a Vladimir Putin comes along and expresses even a relatively mild condemnation he is labeled Public Enemy Number One and his words are accordingly ridiculed or ignored.

On March 2 US Secretary of State John Kerry condemned Russia’s “incredible act of aggression” in Ukraine (Crimea) and threatened economic sanctions. “You just don’t in the 21st century behave in 19th century fashion by invading another country on completely trumped up pre-text.”

Iraq was in the 21st century. Senator John Kerry voted for it. Hypocrisy of this magnitude has to be respected.

POSTSCRIPT: Ukraine’s interim prime minister announced March 7 that he has invited the NATO Council to hold a meeting in Kiev over the recent developments in the country. “I invited the North Atlantic Council to visit Kiev and hold a meeting there,” Arseny Yatsenyuk said during a visit to Brussels, where he met with NATO Secretary General Anders Fogh Rasmussen and EU officials. “We believe that it will strengthen our cooperation.”