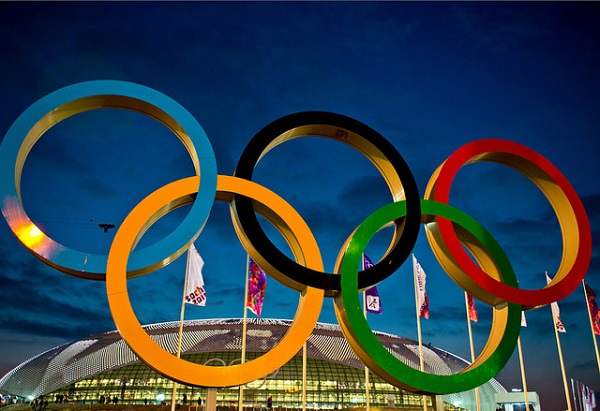 The Sochi Olympics proved to be a big success—exactly what Russia wanted. Right from the opening ceremony itself, the entire event was a megalith in terms of popularity and success. If one wanted to catch a glimpse of Russia’s glorious past as well as its vibrant art, this year’s Winter Olympics were the thing to watch!

But the Olympics at Sochi were not without their share of controversy. Take, for example, the case of the Pussy Riot protest performance.

So success on one hand and chaos on the other. A mixed bag, probably?

However, Russia’s mixed bag had one key element missing: the plight of the Muslims of Sochi.

A Bit of Perspective

Once the city was awarded the Winter Olympics, Sochi underwent a massive reconstruction. Roads, bridges, train stations, schools, hospitals, luxury hotels, Olympics’ villages, post offices, and a floating archipelago—yeah, Sochi got all that within the short span of the past six years.

But one particular construction was denied. Sochi’s more than 20,000 Muslims, most of whom had migrated to the city to help with the construction process, just wanted to construct a small mosque.

The city’s leaders, such as the Deputy Mayor Anatoli Rykov, claim that Sochi’s Muslims do not really need a mosque anyway, because the mountain village of Tkhagapsh (roughly two and a half hours by road from downtown Sochi; no rail connectivity) has a single-room mosque.

In reality, Sochi’s bias against Muslims has a historical touch to it. The entire region was ethnically cleansed of Circassian Muslims by the Czarist regime in the 19th century.

Yet, the athletes who went to Sochi did not have a hard time praying. The organizers had ensured the presence of separate prayer rooms for various religions. But for the city’s Muslim residents, unfortunately, the story remained the same. Furthermore, the fact that Muslim athletes had prayer rooms at their service was not a sign of religious tolerance. It was, in reality, a shy effort to quell the voices against Islamophobia.

In fact, these Winter Games brought to the fore an ugly face of rampant Islamophobia in Russia. Whilst issues such as rights of the Russian LGBTQ community managed to receive the limelight, the Russian Muslims were ignored by both the local and international media.

Russia’s homophobia was severely criticized—almost every Western country decided to take a stand against it. But Russia’s Islamophobia went unquestioned. Sochi is not the only city in question; Moscow, for example, has over two million Muslims, but just four mosques (and this number does not seem likely to change anytime soon, according to the Mayor of Moscow).

Truth is, Sochi’s mosque-less skyline is just the tip of the iceberg. In Russia, Muslim identity in itself is a matter of suspicion. Also, Russia is not just about Islamophobia. The definitions of Russian nationalism are way too narrow for most folks to fit in. As such, xenophobia and subtle racial hatred are not alien concepts in the country. Winters are cold, after all.

On the brighter side, Sochi has shown that Russia can pull off world-class events and conduct them with success. Russia’s infrastructural investment is paying off well, and the country, against all odds, is doing better than most of its European buddies. Yet, Russia’s growth will be meaningless if xenophobia continues to dominate Russian society. Resorting to racial stereotypes and hatred is not a policy that a state should adhere to.

At the end of it all, if Russia wants its growth to be truly appreciated, it will need to shun its narrow-minded ways, because as of now, all the infrastructural advancement looks futile. Sadly, Sochi will be remembered not just for its world-class stadiums, but also for its pillars of hatred.